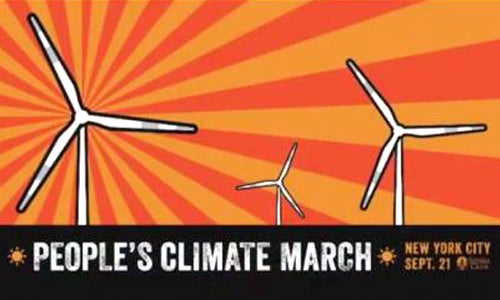 For one week surrounding the UN Climate Summit 2014, the focus of the environmental movement will be in New York City. A dizzying array of events will take place, sponsored by hundreds of nonprofit organizations, businesses and religious groups all demanding immediate climate action.

One of the most high-profile events of the week that will capture widespread international attention is the People’s Climate March on Sept. 21. 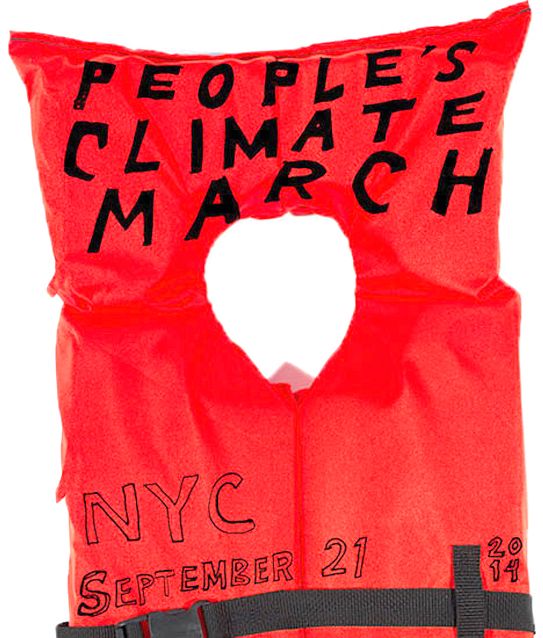 Busloads of marchers are coming from all parts of the country and international participants are expected as well. With more than a thousand partnering groups, including nonprofits, religious groups, advocacy organizations, schools and businesses, tens of thousands—maybe more—could show up, with expectations of this event being the largest climate action in world history.

March organizers hope to impress on the world leaders who will be meeting at the UN on Sept. 23 that there is mass public demand for action on climate change and to take that level of public engagement to an even higher level.

“We believe that world leaders will only act (or be able to act) on climate change when everyday people express the desire, and create the political mandate for them to do so,” said organizers of the march. “Therefore, we aren’t opposed to this summit happening, and it is generally a good thing for heads of state to discuss climate change. We don’t have blind faith that the summit will solve the crisis either. We think that organizing, mobilizing and building social movements are ultimately what changes the course of history.”

While the UN Climate Summit on Sept. 23 is not open to the public (although it will be broadcast for public viewing), the schedule of activities is so dense that finding time to sleep that week might be a concern for any activist heading to NYC.

There are many small preliminary events including sign-making parties, rallies, meetings, concerts, forums and social gatherings. There are conferences, lectures, meetings and other events, both public and invitation only, listed at Climate Week NYC.

Here is a small sampling of some of the events going on in NYC that week:

NYC Climate Convergence from Sept. 19 – 21, an alternative to the UN Climate Summit. This event will “challenge the corporate-dominated UN Climate Summit Sept. 23 and raise the bar for real solutions to the climate emergency that also solve the crises of economic and racial justice, human rights, democracy and peace.” It will feature speakers like The Shock Doctrine author Naomi Klein, workshops, teach-ins, music and more.

Join Riverkeeper and Waterkeeper Alliance as part of NYC Climate Convergence Sept. 20 at St. Johns University in Room 112 from 10:45 a.m. – 12:15 p.m. to learn how water warriors are battling climate change from the Himalayas to the Hudson Valley. Hudson Riverkeeper Paul Gallay will moderate an all-star panel of leaders and experts on the climate-water nexus.

Religions for the Earth Conference: This event will gather together more than 200 international religious and spiritual leaders at the Union Theological Seminary to address the impacts of the global climate crisis and plan actions from a spiritual standpoint.

People’s Climate Justice Summit hosted by the Climate Justice Alliance will feature workshops, interactive panels and other activities to provide an alternative voice to the UN Climate Summit, which it says represents “the corporate takeover of the UN climate negotiations and the privatization of land, water and air resources under the guise of a global climate compact.” This event is at the New School University Auditorium & UN Church Center from Sept. 22-23. 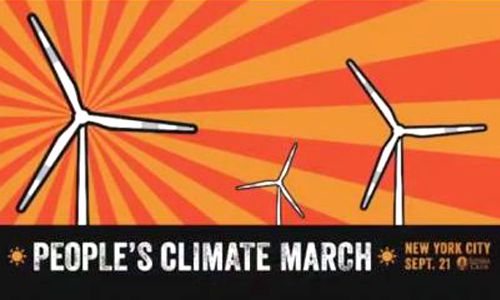 Women’s Earth and Climate Action Network (WECAN) is hosting “Women Leading Solutions on the Front Lines of Climate Change” with an international panel of women leaders at the UN Church Center on Sept. 22. The following day it’s co-sponsoring “Rights of Nature and Systemic Change in Climate Solutions” with the Global Alliance for the Rights of Nature on Sept. 23.

Women and Climate Justice: A Panel Discussion will be moderated by Amy Goodman, host of Democracy Now! On Sept. 23 from 7 – 11 p.m., Three women will talk about the challenges, successes and support women activists need to thrive. You will also hear how different local and international groups—Global Greengrants Fund, North Star Fund and Bolder Giving—are supporting communities on the front lines of climate change.

Clinton Global Initiative Annual Meeting: The theme of this four-day event, Sept. 21-24, is “Reimagining Impact” and it will stress the effectiveness of various climate strategies. It features plenary sessions, breakout groups, workshops and a star-studded lineup of speakers including President Obama, Bill Clinton, Hillary Clinton and Matt Damon.

The UN Climate Summit itself will be broadcast online Sept. 23. “The Summit will consist of an opening ceremony; announcements by heads of state and governments; announcements by the private sector; and the launch of new initiatives that address key action areas by coalitions of governments, businesses and civil society organizations,” according to the UN. “There will also be sessions that focus on critical aspects of climate change, including science, people living on the front lines of climate change, the societal benefits of action and the economic case for action on climate change. The Secretary-General will summarize the outcome of the day at the closing ceremony.”

Protesters at UN Climate Talks in Bonn: We Choose Renewable Energy. Stand With Us or Step Aside