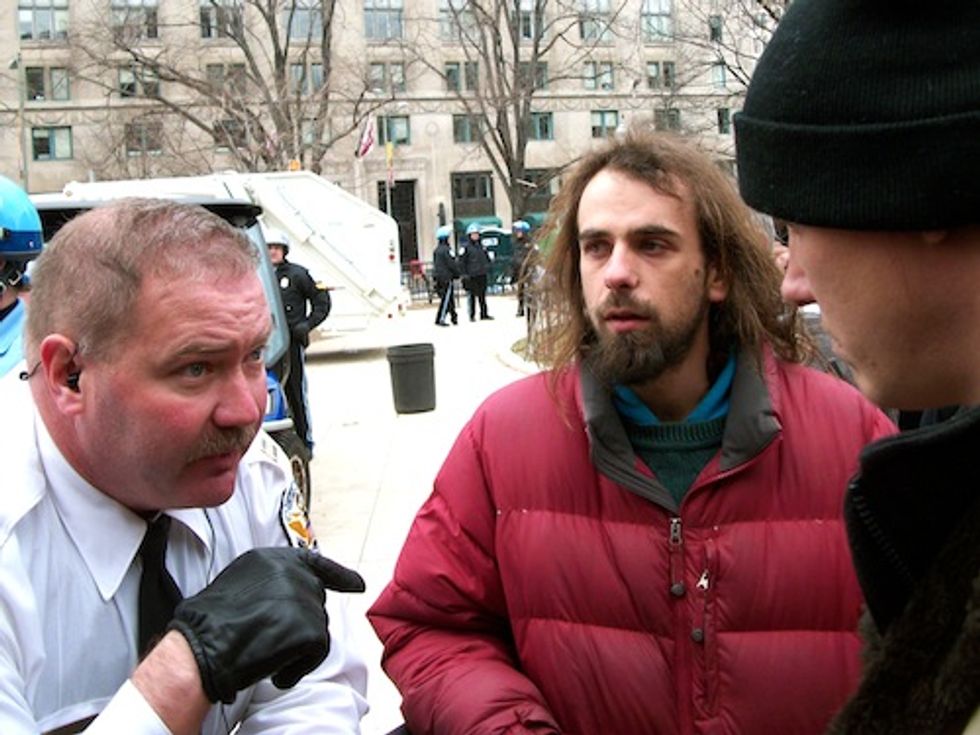 Earlier this month, 350.org founder Bill McKibben, wrote about the new movement of fossil fuel resistance that was spreading around the world.

This resistance is needed now more than ever, as global temperatures edge towards the 400 parts per million (ppm) mark for the first time in millions of years, something that is seriously worrying scientists. “It looks like the world is going to blow through the 400 ppm level without losing a beat,” argues Scripps Institution of Oceanography scientist, Ralph Keeling.

One person who is part of this resistance is a young American activist Brian Eister, who has worked with John Kerry’s presidential campaign, League of Conservation Voters, Green Party, Public Citizen and was involved in the Occupy Movement.

But now he has put his body on the line for climate change. He is on day 29 of a planned 30 day hunger strike. For nearly the last month, all he has consumed is water, salt and potassium.

Eister is currently camped outside the American Petroleum Institute (API) in Washington, DC, the oil industry’s most powerful lobby group.

He is trying to raise awareness about climate change. “I am on hunger strike,” Eister writes, “because I can think of no action which could adequately express the urgency of humanity’s present situation. There are more than a few trends which, left unchecked, are likely to make life impossibly difficult for future generations.”

He argues that, “Given the urgency of what is coming, every one of our lives should, first and foremost, be dedicated to preventing this coming catastrophe.”

Over the weekend, Eister gave an interview as to why he is taking what many would argue is radical action. His anger is channeled towards those in power: politicians, the press and of course the oil industry itself.

“There are the policymakers, who treat this issue as though we had all the time in the world to fix it. They already know better,” he argues. “There are members of the press, who bury stories about the impending ruination of the world’s economy by global warming on page 13 of the newspaper, while consistently placing stories about members of congress wrangling over budgets on front page. They already know better.”

Perhaps saddest of all, he says: “there are educated, intelligent people who surely love their children working for groups like the American Petroleum Institute and Americans for Clean Coal Electricity. They already know better.”

The lobbyists at the API do know better, but like the tobacco barons before them, they are trying to still spin a web of denial and deception over the science and urgency of climate change.

As the world hurtles towards 400 ppm, the window for meaningful action on climate is rapidly closing. But, as Eister says, politicians, the press and the oil industry, all know better but carry on as if nothing is the problem.