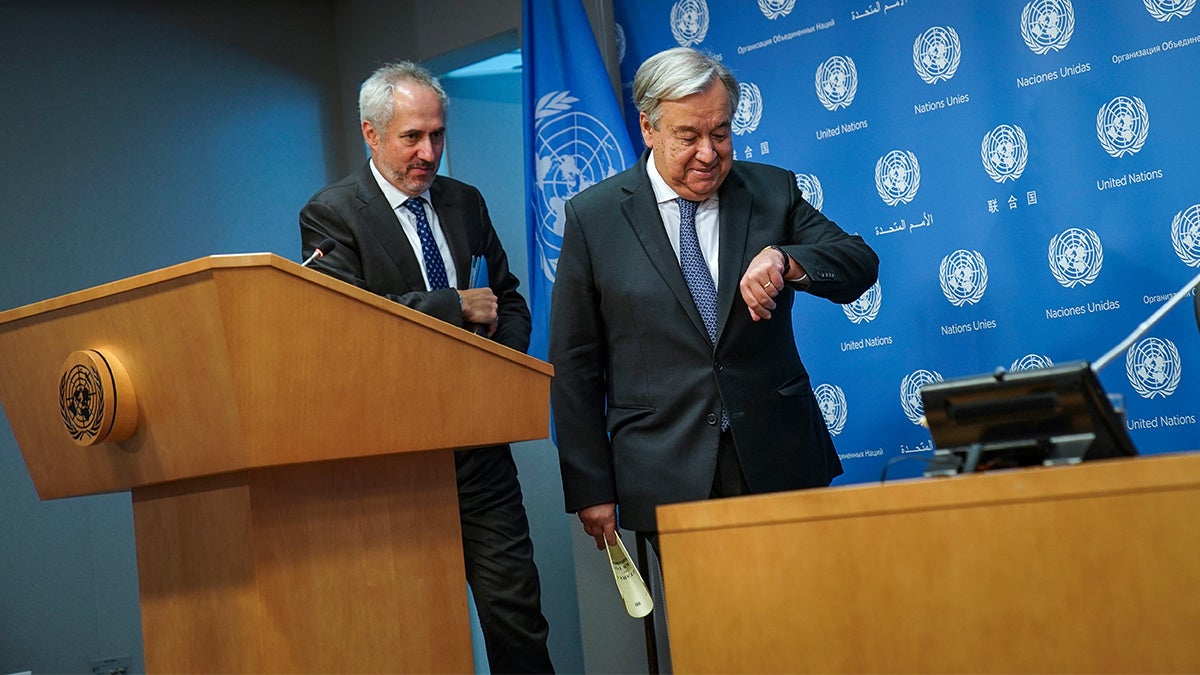 Today is the United Nations Climate Action Summit, a gathering called by UN Secretary General António Guterres to encourage climate action ahead of 2020, the year when countries are due to up their pledges under the Paris agreement.

Guterres has asked countries to announce “concrete, realistic” steps that will reduce global emissions by 45 percent within the next decade and achieve net zero emissions by 2050. Those goals are in line with last year’s Intergovernmental Panel on Climate Change report, which found emissions must fall around 50 percent within the next 11 years in order to limit global warming to 1.5 degrees Celsius above pre-industrial levels.

“I want to hear about how we are going to stop the increase in emissions by 2020, and dramatically reduce emissions to reach net‑zero emissions by mid‑century,” Guterres said when he announced the summit last year. “We need cities and States to shift from coal to solar and wind — from brown to green energy.”

Guterres said he expected around 60 countries to announce steps to reduce emissions and support populations most vulnerable to the climate crisis, The New York Times reported. However, some key players are not expected to make significant commitments, including Brazil under Jair Bolsonaro and the U.S. under President Donald Trump. Bolsonaro wants to open the Amazon rainforest, an important carbon sink, to development and has been criticized for his handling of record wildfires there this summer. Trump, meanwhile, has promised to withdraw the U.S. from the Paris agreement and has moved to roll back Obama-era controls on greenhouse gas emissions from power plants and vehicles.

“The U.S. is not on track to meet its previous promises, let alone to make bigger ones,” NPR science reporter Rebecca Hersher said Sunday on All Things Considered.

Countries that are likely to up their commitments include France, some other European nations, some small island nations and India, Hersher said.

However, Indian Prime Minister Narendra Modi has also said he would expand coal, according to The New York Times.

China, the world’s biggest greenhouse gas emitter, had set itself a less ambitious target that it is likely to meet, and may therefore announce more ambitious targets, Hersher said. However, its state-owned companies are also promoting coal use, The New York Times explained.

Overall, several coal-supporting countries will have a spot on the summit podium today, The New York Times reported in another article. In addition to India and China, speakers will include Indonesia, the world’s No. 1 thermal coal exporter, and Pakistan, Bangladesh and Kenya, all countries where Chinese companies have built or are building coal plants.

The UN assigned speaking slots based on which countries submitted briefs explaining new, concrete plans to reduce emissions and help the most vulnerable cope with the crisis. No country who did so was denied a slot.

“We are not in a position to say, ‘You’re bad, you’re good,'” Guterres said. “This is not a name-and-shame exercise.”

Major oil and gas producing countries Russia and Qatar will also speak. Australia, Japan and the U.S. will not.

The summit comes after a global youth-led climate strike Friday saw around four million take to the streets in support of more ambitious climate action. The question is whether popular pressure can counter a diplomatic climate defined by a rise in authoritarian governments and a hostility to international agreements, The New York Times explained.

If countries stick only to their current Paris commitments, global temperatures will pass three degrees Celsius by 2100.

“The time window is closing and it’s dramatically short for what we have to do,” UN Development Program head Achim Steiner told The New York Times. “The protests are helpful because they show national leaders in their societies, in their countries, that the politics of climate change is changing and it is adding momentum and pressure to act.”

At the first-ever Youth Climate Summit Saturday, Guterres urged the more than 700 young activists in attendance to keep the pressure up on his generation.

“We will hold you accountable and if you do not, remember we will mobilize to vote you out,” Fiji activist Komal Karishma Kumar responded, as the Associated Press reported.