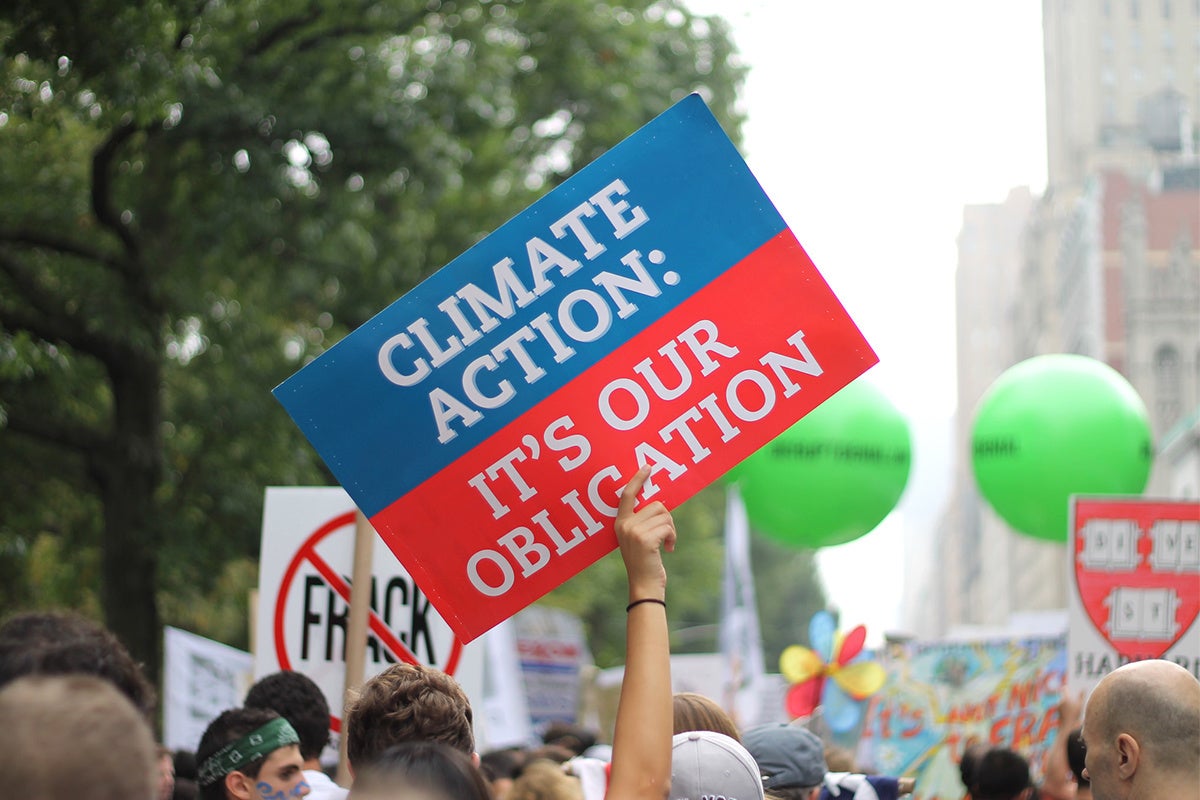 Whether or not the Trump administration knows or cares, a majority of Americans wants government action on climate change.

For the past ten years, the University of Michigan and Muhlenberg College have asked Americans their opinions on energy and climate policies in biannual National Surveys on Energy and Environment (NSEE).

A March report on the past decade of surveys reveals that, in fall 2017, more Americans who believe in climate change answered that urgent government action is required to combat it than at any other point in the survey’s history.

“For the past decade or so, and even last year, about 70 percent of Americans [who believe climate change is happening] say that the government needs to act urgently to address climate change,” Sarah B. Mills, one of the report’s authors and the senior project manager with the Center for Local, State and Urban Policy at the Gerald R. Ford School of Public Policy at the University of Michigan, told Michigan Radio on Tuesday. “On the latest survey, in the fall, it was 76 percent. So that’s where we’ve seen the biggest jump in recent times,” she said.

Mills speculated that the jump in urgency might have been a response to Trump’s decision to withdraw from the Paris agreement.

Opinions did vary by party affiliation, with 69 percent of Democrats and only 30 percent of Republicans saying the federal government had a large role to play.

However, the report found that on individual climate issues Republicans were more receptive to government action than the rhetoric of their party often suggests.

When the U.S. Environmental Protection Agency (EPA) was working on developing a policy for reducing industrial emissions in spring 2013, 51 percent of Republicans said they would want their state to work with the EPA to achieve that goal. In fall 2014, after the EPA had proposed the Clean Power Plan (CPP) to reduce greenhouse gas emissions from electrical power plants, 60 percent of Republicans said they approved of the measure. The EPA under Scott Pruitt has since initiated the process of repealing the CPP.

The survey results also hint at how other environmental fights instigated by the Trump administration might play out in the public eye. Currently, Pruitt is in conflict with the state of California over the fate of Obama-era auto emissions standards. Pruitt’s EPA looks likely to lower national standards, but California enjoys a waiver under the Clean Air Act that allows it to set higher standards than the nation. If the EPA does try to revoke that waiver, as some have speculated, the public would likely side with the state.

According to the fall 2017 NSEE, 65 percent of Americans think their state has a responsibility to act on climate change if the federal government refuses to do so. Further, when the fall 2009 and 2010 surveys asked if states should be allowed to set stricter emissions standards than the national government, 75 percent and 64 percent, respectively, said they should. The spring 2017 NSEE asked about California’s waiver specifically and found that 56 percent of Americans supported it.