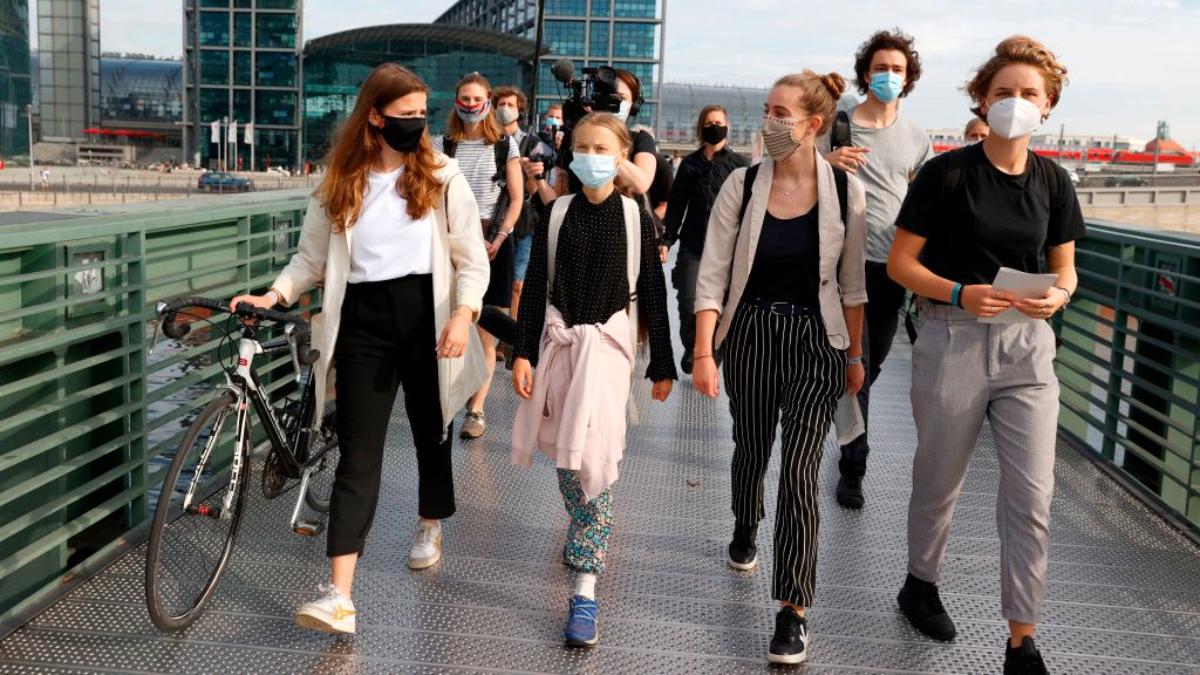 Olaf Scholz, Germany’s finance minister, said the government would rapidly propose legislation to comply with the ruling. The case was brought by young people who argued the German plan to reach net-zero carbon pollution by 2050 backloaded too much of the required emissions cuts until after 2030.

“We are super happy with the court’s decision,” 22-year-old plaintiff Sophie Backsen, who fears sea level rise will engulf her family’s farm, told reporters. “Effective climate protection has to be implemented now and not in 10 years’ time, when it’ll be too late.”

One of the complainants, Luisa Neubauer, an activist from Fridays for Future, welcomed the ruling, saying: “This is huge. Climate protection is not nice to have; climate protection is our basic right and that’s official now. This is a huge win for the climate movement, it changes a lot.”

Neubauer said the climate lobby’s success at Karlsruhe was only the beginning, emphasising that the five months leading up to the federal elections in September, in which the pro-environmental Greens have a good chance of entering government, would be crucial.

“We will continue to fight for a 1.5 degree policy which protects our future freedoms, instead of endangering them,” she said, adding, “gone are the days when we were called ignorant for demanding climate action.”