100 Solutions Show How Cities Are Blazing Path Towards Climate Action 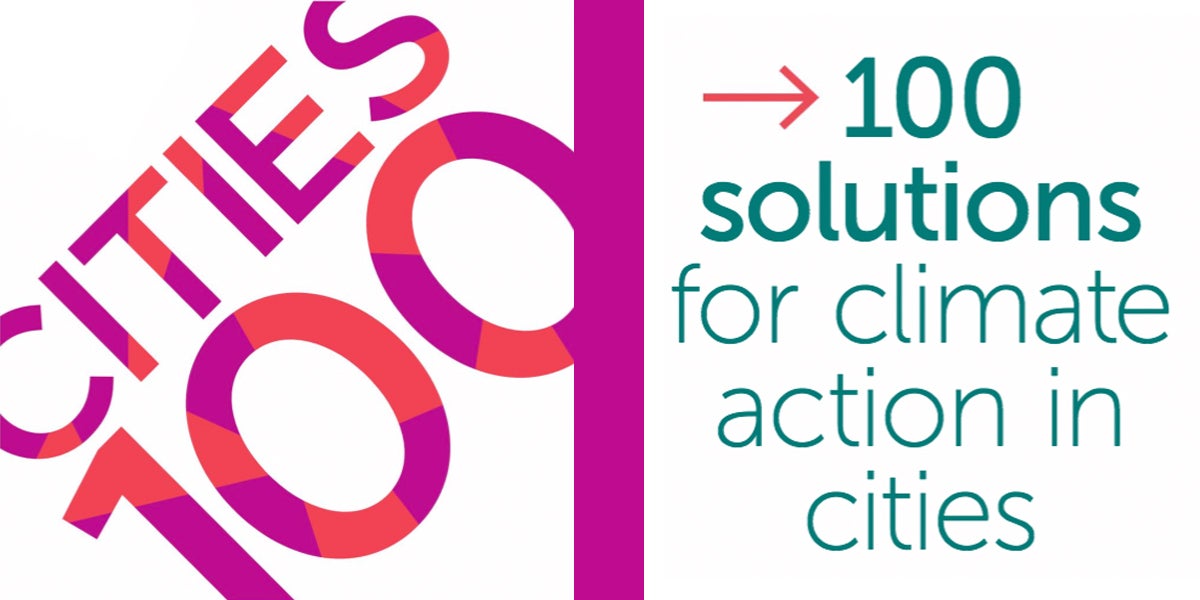 The world’s cities are growing rapidly and in 2050 two thirds of the
global population is expected to reside in urban areas, compared to 50 percent today. That puts pressure on infrastructure, energy supply and housing capabilities in a global climate that is poised to become hotter and less predictable. The challenges become even more complex considering that climate change does not affect urban dwellers equally, with low-income households and poor neighborhoods being particularly vulnerable.

Yet, some cities are using climate action as an opportunity to simultaneously address systemic social challenges. Seoul, the capital of South Korea and Tshwane, in South Africa, are just two cities with solutions featured in this sector which readily demonstrate how climate action and social development can go hand in hand.

Now in its second year, Cities100 is produced in partnership between Sustainia, C40 and Realdania. It features 100 city solutions, ranging from solid waste management to transportation, that show how cities are blazing a path towards climate adaptation and mitigation.

“Faced with
climate change, making our cities fit for the future is not just a matter of survival, but also presents us with an important opportunity to address social inequality,” Mark Watts, executive director of C40, said. “I am inspired to see so many cities taking strong and urgent action.”

The publication comes during
COP22, when government officials are gathered in Marrakech to put into force the Paris agreement—the most extensive and ambitious agreement on climate action the world has ever seen. Cities will undoubtedly have a huge role in keeping temperatures from rising. Morten Nielsen, managing director for Sustainia, commented, “As we enter into the climate negotiations at COP22, the solutions presented in Cities100 show that climate action is already happening, often in nimble and collaborative ways that do not rely on the will of national governments. By addressing climate action in tandem with social equity, it’s clear that cities have a major role to play in shaping global sustainable development.”

Jesper Nygaard, CEO of Realdania, is confident that cities are up for the challenge, he said, “Cities and local governments are at the forefront of climate change. This year’s Cities100 clearly shows that mayors will not sit idly by when they are faced with climate change, rising inequality and slowing economic growth. I am impressed at the scale of action and it fills me with optimism when I see holistic action provide multiple benefits to citizens, cities and climate.