10 Top Actions for Our Next ‘Climate President’ to Take Immediately 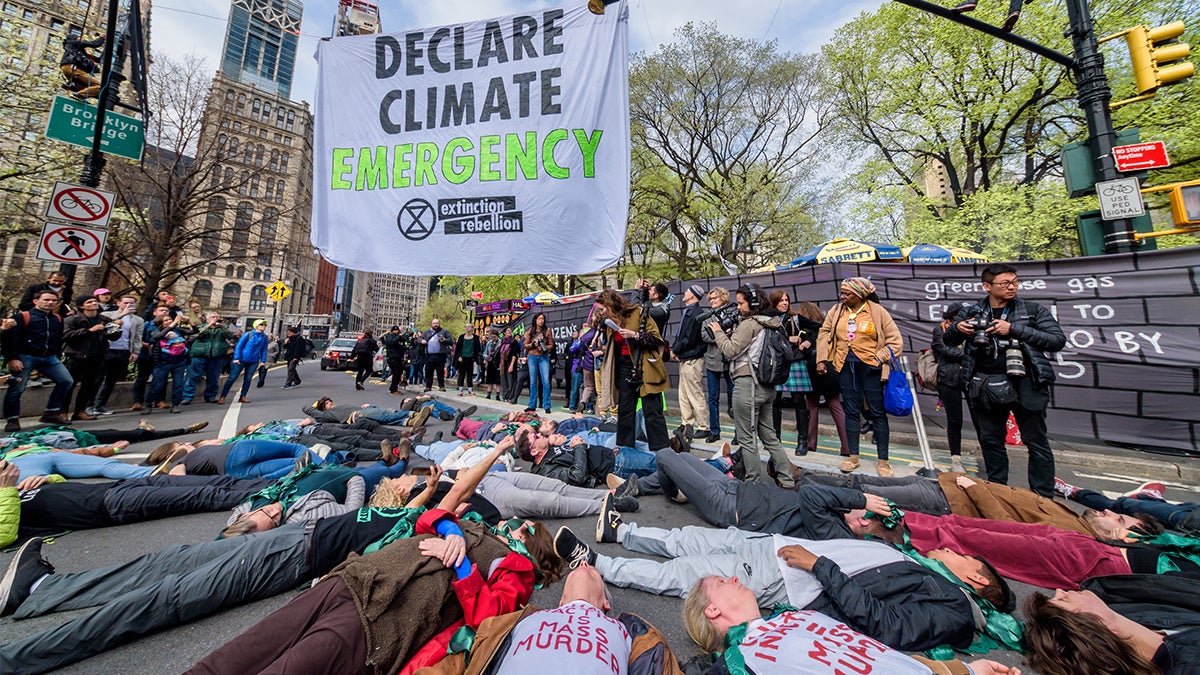 Over 500 groups on Monday rolled out an an action plan for the next president’s first days of office to address the climate emergency and set the nation on a transformative path towards zero emissions and a just transition in their first days in office.

“Swift action to confront the climate emergency has to start the moment the next president enters the Oval Office,” said attorney Kassie Siegel, director of the Center for Biological Diversity’s Climate Law Institute.

The set of 10 actions, which together “form the necessary foundation for the country’s true transformation to a safer, healthier, and more equitable world for everyone,” are featured on the new Climate President website. The actions — which “touch the lives of every person living in America and those beyond who are harmed by the climate crisis” — can all be taken by the president without Congressional approval, thus can, and should, happen immediately, the document argues.

The new effort is convened by advocacy groups representing a range of issues, including the Center for Biological Diversity, Climate Justice Alliance, Democracy Collaborative, and Labor Network for Sustainability. Other backers include Physicians for Social Responsibility, the Institute for Agriculture and Trade Policy, and Dēmos.

The groups’ roadmap kicks off with a demand for the next president to declare a national climate emergency under the National Emergencies Act. It includes a demand to direct “relevant federal agencies to reverse all Trump administration executive climate rollbacks and replace with sufficiently strong action.”

Asserting authority the National Emergencies Act, Siegel and Center for Biological Diversity energy director Jean Su wrote in a legal analysis supporting the action plan, is necessary in order for the next president to reinstate the crude oil export ban and redirect “military spending towards the construction of clean renewable energy projects and infrastructure.”

Declaring a climate emergency, the analysis adds, would also “set the appropriate tone of urgency for climate action.”

The other nine steps for the nation’s next leader to take within their first 10 days of office are, as noted in the document:

As part of this overall undertaking, groups say,

the next president must prioritize support for communities that historically have been harmed first and most by the extractive economy, including communities of color, Indigenous communities, and low-wealth communities. The next President must also take special care to ensure that the rights of Indigenous Peoples are upheld, which includes following the Indigenous Principles of Just Transition.
Moreover, climate policies must drive job growth and spur a new green economy that is designed and built by communities and workers and that provides union jobs with family-sustaining wages. These policies must ensure that workers in the energy sector and related industries, whose jobs will be fundamentally transformed, are not abandoned.

According to Anthony Rogers-Wright, policy coordinator for Climate Justice Alliance, “This set of executive actions puts the fossil fuel, and other iniquitous industries that treat our communities like sacrifice zones, on notice, while offering a suite of actions the next president can promulgate on day one to address systemic and institutionalized injustices. At the same time, we’re also putting the next Congress on notice to get serious about dismantling this crisis, or the people will circumvent you with all available means.”

In addition to executing the 10 steps, the Climate President action plan urges the next president to further tackle the crisis by working with Congress as well as state and local governments on appropriate plans. Those efforts must include working to pass the Green New Deal.

While the Trump administration has taken a sledgehammer to environmental protections, previous administrations also hold blame for failing to sufficiently act on the climate, said Sriram Madhusoodanan, climate campaign director of Corporate Accountability.

“The United States government has long acted to advance the interests of corporations over people, and under Trump the government has lowered the bar even further,” he said. “The U.S. continues to act at the behest of big polluters like the fossil fuel industry by ignoring science, blocking climate policy and putting big polluter profit over the needs and demands of people.”

“The next administration,” added Madhusoodanan, “must start a new chapter in U.S. history, kick polluters out of climate policy-making, make them pay for the damage they’ve knowingly caused and take every action possible to advance urgently needed, internationally just climate action.”