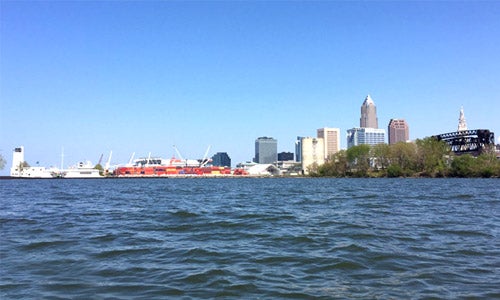 In somewhat of a surprise decision, the funding was awarded to Lake Erie Energy Development Co (LEEDCo) for its “Icebreaker” project, which consists of six 3.45-megawatt turbines located 8-10 miles off the coast of Cleveland. 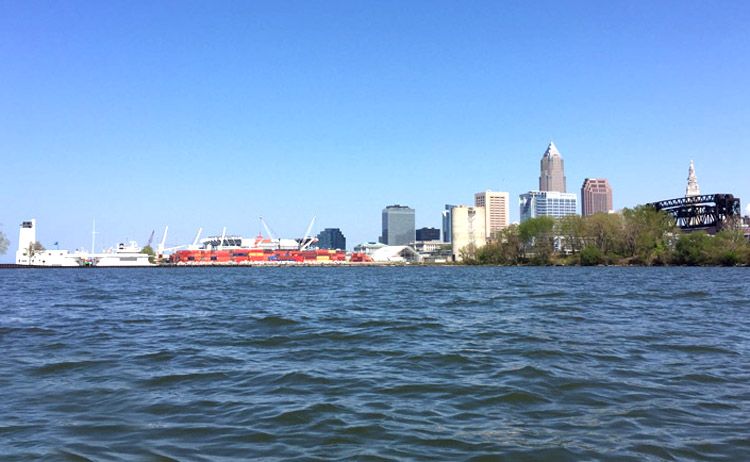 According to Cleveland.com, “LEEDCo’s decision to adopt the European-designed ‘Mono Bucket’ foundation, which eliminates pile driving in the bedrock below the lake bed, may have been crucial to the DOE’s decision to fully fund the project.”

A DOE analysis stated that the “innovative Mono Bucket foundation will reduce installation time, costs, and environmental impacts compared to traditional foundations that require pile driving. The Mono Bucket not only is a solution for the Great Lakes, but also has broader national applicability for offshore wind installations off the Atlantic and Gulf Coasts.”

Lorry Wagner, LEEDCo’s president, told EcoWatch via email the team is “thrilled” to receive the federal award. “We always knew our project was a great one and over the last two years our progress demonstrated that,” he said. 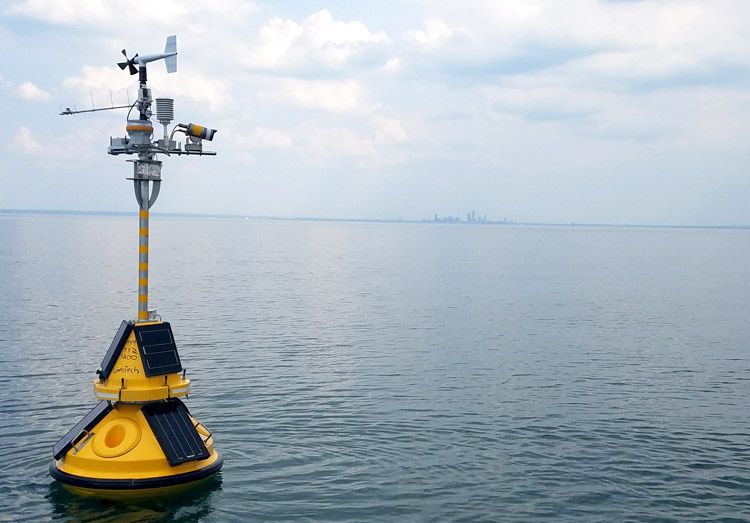 Offshore wind power generation is a resource begging to be tapped. The U.S., however, lags behind other countries in utilizing this clean, renewable form of energy. In the U.S., offshore wind has a projected 4,223 gigawatts of electric generating potential, with Lake Erie’s waters alone accounting for more than 50 gigawatts of that power, as LEEDCo explained in an article.

According to Wagner, one reason why the U.S. has been slow in adopting offshore wind projects is due to political roadblocks.

“It always comes down to policy and we have not had much for offshore wind,” he said. “It is also true that onshore has been so successful, that offshore tends to get lost in the big picture. It will take a combination of policy and successful projects that will enable the industry to take hold.”

LEEDCo’s Icebreaker is currently the only freshwater wind project in development in the U.S.

Wagner explained that freshwater is ideal for a wind farm since the turbines are not exposed to elements such as salt water corrosion, hurricanes or the associated large waves in oceanic waters.

He also noted that Lake Erie is ideal for the Icebreaker project because it has uniformly shallow waters and has plenty of wind.

“There are over 2 gigawatts of available interconnect along the Ohio shore and we have an incredible manufacturing base that can industrialize the industry,” he said.

“Lake Erie is the Saudi Arabia of wind, and today’s award should be a gusher for northern Ohio,” said Kaptur, who serves as the Ranking Member of the U.S. House Energy and Water Appropriations Subcommittee. “This wind power project will begin to unleash Lake Erie’s full renewable power potential and contribute to creating a more competitive energy marketplace.”

This is the fourth such award for LEEDCo. With the latest funding round, the non-profit will eventually receive nearly $51 million in federal support. The award money will go towards the design, manufacturing and construction phases of the Icebreaker as long as it continues to meet the DOE’s requirements. The project’s finish line is expected by the end of 2018.

LEEDCo has a 50-year lease from Ohio for its offshore project and is working to complete the remaining permits it needs from federal and state agencies. LEEDCo has secured a power purchase agreement for 65 percent of future output.

“The strength of the Icebreaker project, as opposed to its competitors, lies in LEEDCo’s commitment to leverage offshore wind energy with local Ohio-based jobs in the steel, construction and transportation industries,” Kaptur said. “This means local job possibilities beyond wind generation are on the horizon.”

Wagner told Cleveland.com that LEEDCo already has 15 local companies involved in the project and hopes to attract more, adding that fabrication and construction will create 500 jobs.

“Ultimately, we want to become the technology leader in the U.S. industry for offshore wind and environmental monitoring,” Wagner told EcoWatch.

The DOE also awarded another $40 million to the University of Maine’s New England Aqua Ventus I, a floating, 12-megawatt wind project off Maine’s shores.