Cleveland Rocks: From 'Mistake on the Lake' to 'Green City on a Blue Lake' 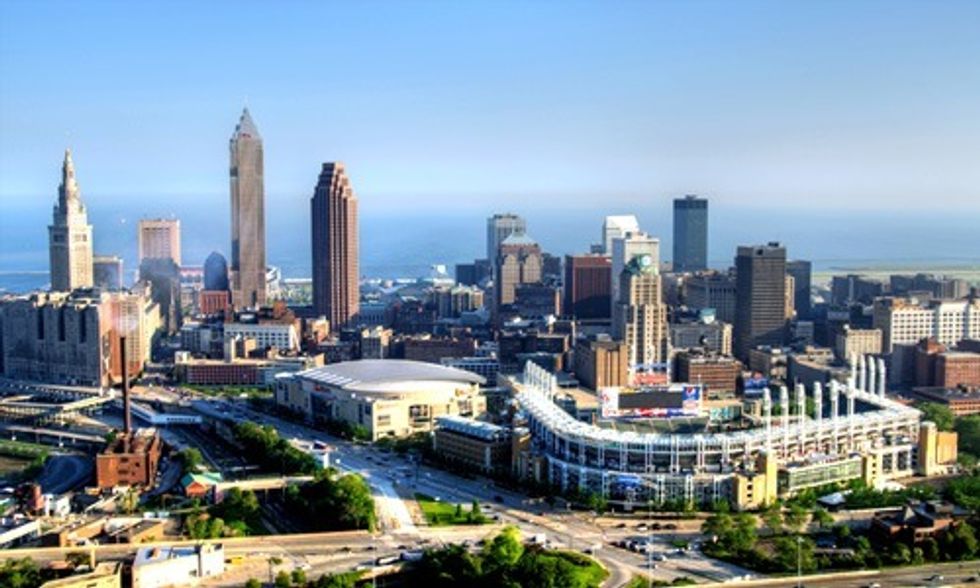 Morgan Rogers is a senior at Baldwin Wallace University pursuing a Bachelor's degree in Sustainability with double minors in Urban Studies and Sociology. After graduating she would like to work with environmental nonprofit organizations in the Cleveland area.

Cleveland, Ohio was once a booming industrial city, home to winning sports teams and both economic growth and innovation. Cleveland was doing so well it was deemed the “best location in the nation" in the 1950s. But less than 20 years later that reputation would all change.

When Cleveland's Cuyahoga River caught fire in 1969 due to the water being so polluted from industrial waste, the event sparked national attention. As word spread about the "city whose river caught fire" Cleveland's reputation took a major hit. Cleveland became the symbol for environmental degradation, and the city was nicknamed the "mistake on the lake." This legacy continued for quite some time as the rust belt city's manufacturers moved out, praised sports teams declined and the city that was once considered to be the "best location in the nation" became somewhat of a joke to the rest of country—a place no one wanted to visit.

Fortunately, Cleveland has been trying to make a new reputation for itself in recent years and is beginning to step out of the smoke screen of its 1969 river fire. In 2009, the city created Sustainable Cleveland 2019, a 10-year action plan initiative devoted to addressing environmental issues and raising awareness. The goal of this action plan is to focus on a different aspect of sustainability within the city each year until the year 2019—50 years after the infamous fire. Cleveland is building a new reputation of a sustainable "green city on a blue lake" by promoting nine sustainability initiatives. Each initiative serves as the year's theme for addressing environmental issues in the city. The nine themes are:

This is the year of Clean Water in which the City of Cleveland will be focusing on the region's vital water resources. Cleveland just celebrated EarthFest—the nation's longest running Earth Day celebration—which uses the sustainability initiatives as its theme every year as well. In the fall the City of Cleveland holds a sustainability summit that calls together environmentalists, business leaders, students and other concerned citizens to sit down and talk about what can be done to address the year's theme. Every year, the summit produces new working groups and new organizations to tackle the city's environmental challenges.

Cleveland is a good location for wind power and is developing the first freshwater offshore wind farm in the country.

So, how successful is this type of action plan? Cleveland has made great strides in sustainability, particularly in the local food movement. In fact, Cleveland was recently ranked seventh place in Time's "America's Best Food Cities" for 2015, beating out notable "foodie cities" like San Francisco which came in at 19, New Orleans at 15, New York City at 10 and even Portland, Oregon which ranked 8. Cleveland is also home to Ohio City Fresh Food Collaborative, one of the largest contiguous urban farms in the U.S. at six acres.

Cleveland has come a long way in the 50 years since the infamous Cuyahoga River fire, even hosting a sustainable celebratory Burning River Fest every year in the summer to help Clevelanders celebrate just how far the city has come. Home to one of the largest urban farms in the country, the longest running Earth Day celebration and what would be the country's first offshore freshwater wind farm, Cleveland is well on its way to achieving its vision of a "green city on a blue lake." The city is crafting a new reputation for itself and leading the way in sustainability efforts, all the while redeeming itself of the Cuyahoga River fire as well as its polluting legacy.