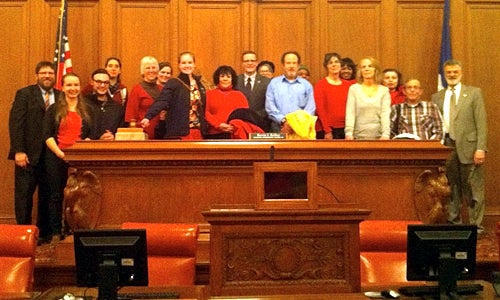 In Ohio, Cleveland City Council passed a resolution Monday supporting a nationwide ban on the misuse of antibiotics on factory farms, with the support of Food & Water Watch and councilman Joe Cimperman. 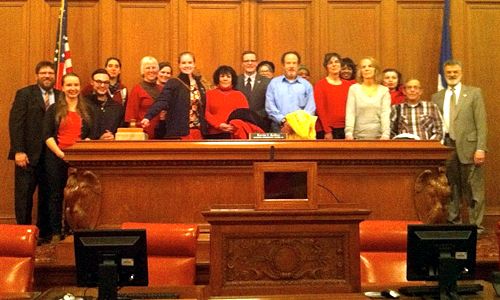 “We applaud the Cleveland City Council for passing a resolution in support of a nationwide ban of the misuse of antibiotics on factory farms,” said Food & Water Watch Ohio organizer Alison Auciello. “Factory farms feed low doses of antibiotics to livestock to promote unnatural growth and to compensate for filthy, crowded living conditions. As a result, we’re entering an age in which these life-saving medicines are no longer working to treat infections in humans.”

The widespread practice of giving low doses of antibiotics to healthy livestock on factory farms is contributing to an increase in antibiotic-resistant bacteria, which is a growing public health concern that’s making antibiotics less effective in treating infections in both people and animals.

The Food and Drug Administration (FDA) released voluntary guidelines last December to address this issue known as nontherapeutic use. However, a Food & Water Watch analysis released earlier this month revealed that 89 percent of antibiotic drugs that the guidelines advises against using to speed growth can still be given to healthy animals for other reasons.

“Antibiotic resistant bacteria are a pressing public health issue,” said Councilman Cimperman. “It is about time we educate the public and make changes in the regulation of the practices that cause these issues. To slow the growth of antibiotic resistant infections and improve the health of Americans, we must ban the nontherapeutic use of antibiotics on a state and national level.”

In February, Clevelanders took part in a rally at the West Side Market to help educate consumers on the misuse of antibiotics on factory farms:

To assess the overlap between growth promotion uses, which remain unchecked, the Food & Water Watch analyzed the FDA’s list of more than 400 drug products affected by the federal guidelines.

The FDA’s list includes 217 medically important antibiotic drugs that are known to accelerate animal growth. Of those drugs, 63 percent can also be applied to disease prevention, meaning the drugs can continue to be used nontherapeutically, which will continue to promote the development of antibiotic resistance.

Of the remaining antibiotics used for growth promotion, 59 can still be used for “disease control” in healthy animals. That leaves only 23 drugs—11 percent—with no approved nontherapeutic uses under full implementation of the guidelines.

Antibiotic-resistant infections, like staphylococcus aureus, sicken at least 2 million Americans per year and kill more than 23,000, according to a 2013 CDC report. Those infections can happen anywhere, but they’re especially deadly when they’re spread in hospitals, nursing homes or other health care centers.