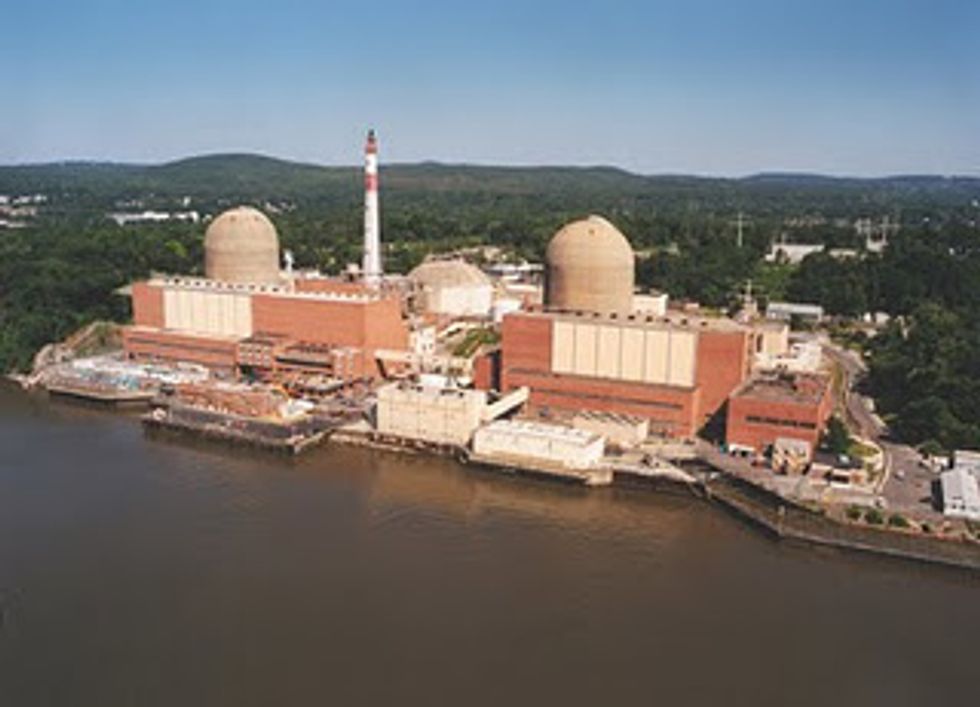 A wide range of safer, cleaner energy options are available to replace Indian Point Energy Center in Buchanan, N.Y., if the nuclear plant is not relicensed in 2015, according to an independent analysis commissioned by the Natural Resources Defense Council (NRDC) and Riverkeeper. Thanks to an energy generation surplus it can be done at no impact to the reliability of the region’s electricity supply and at modest cost. A related new NRDC analysis of the costs and consequences of an accident at Indian Point also reveals it could cause a catastrophe far worse than the Fukushima disaster in Japan.

“The world watched the nuclear crisis in Japan with fear and heavy hearts. No one wants to see a repeat here in one of the most densely populated regions of the country,” said NRDC President Frances Beinecke. “Fortunately, we have a wealth of safer energy sources ready to go that can fully replace the power from Indian Point. When we consider the human and economic costs of a nuclear crisis in New York, and the host of benefits from investing in clean energy, the solution is common sense.”

NRDC’s new risk analysis compares the human and financial costs of the Fukushima disaster to the potential risks of a nuclear crisis at Indian Point, and reveals that the U.S. Nuclear Regulatory Commission (NRC) still underestimates the danger posed to Indian Point from seismic activity. An accident at one of Indian Point’s reactors on the scale of the recent catastrophe in Japan could send a fallout plume south to the New York City metropolitan area, require the sheltering or evacuation of millions of people, and cost 10 to 100 times more than Fukushima’s disaster.

Fortunately, a wide range of alternative energy options are available today that can replace the full electricity capacity provided by Indian Point Energy Center. Findings show that energy efficiency and renewable energy sources such as wind and solar, alone could meet energy demand in the region. And there is additional capacity available through new transmission projects and by making existing natural gas power plants much more efficient.

A new report prepared for NRDC and Riverkeeper by economics consulting firm Synapse Energy Economics examines energy alternatives to Indian Point. The report finds that there is currently a surplus of electricity capacity in the regions near Indian Point, including New York City, and that even if the Indian Point units were closed when their current operating licenses expire by 2015, there would be no need for new electric capacity to meet reliability requirements until 2020. The replacement options identified in the report are either already underway or can be implemented well before then.

Replacing Indian Point’s capacity can be done on time and without significant cost increases to consumers. Many of the projects and initiatives are already underway, and will be built whether Indian Point closes down or not. Our report estimates that this transition will likely add about $1 to $3 per month to consumers’ bills on the low end, or $4 to $5 per month on the high end. The more reliance on energy efficiency, the lower the costs will be, and customers who participate in new energy efficiency programs will be able to lower their bills.

“The more you learn about Indian Point, the more you know it must close,” said Robert Kennedy Jr., chief prosecuting attorney for Riverkeeper and senior attorney at NRDC. “It’s too old, near too many people, and too vulnerable to fire, earthquake, outside attack and a host of other potential disasters. What’s more, we simply don’t need Indian Point’s dirty, dangerous power. Current surpluses are sufficient to consign Indian Point to the scrap heap when its licenses expire if not sooner. By the time we start to need more power—in 2020—we’ll have at least another 4,500 megawatts in replacement energy and efficiency savings in place. New York is safer, more secure and simply better off without Indian Point.”

Risk and Consequence of a Severe Accident at Indian Point

Indian Point Energy Center is located on the Hudson River in Westchester County, just 34 miles north of the center of Manhattan.

NRDC’s report is the first to compare the human and financial costs of the Fukushima disaster to the potential risks of a nuclear catastrophe at Indian Point. It provides new information about the risk and consequences of an accident at this facility, including maps of radiation plumes.

Of the 104 operating U.S. nuclear reactors, it finds that Indian Point’s two reactors present extraordinary risks for three reasons. First, the Indian Point units are located in a seismically active area without sufficient protection against losing electricity during earthquakes or other natural disasters like flooding, hurricanes or tornadoes. Second, very large populations could be exposed to radiation in the event of a major accident. And third, owners Entergy Nuclear Northeast have applied to the federal government for permission to continue to operate these units for another 20 years beyond their engineered 40-year lifespan.

An accident at only one of Indian Point’s reactors on the scale of the recent catastrophe in Japan could require the sheltering or evacuation of up to 5.6 million people in the metro area, putting them at increased risk for cancer and genetic damage due to radiation exposure. The plume could contaminate a swath of land to uninhabitable levels of radiation down to the George Washington Bridge.

An accident nearly 10 times worse than Japan’s—where there is a meltdown at only one of Indian Point’s reactors, releasing radiation on the scale of Chernobyl—could put New York city residents at risk of 25 times higher radiation doses than a Fukushima-sized accident, requiring the administration of stable iodine tablets to 10 million people. In the aftermath of an accident on this scale, if Manhattan were downwind from the reactor, it would become too radioactively contaminated to live in. This more severe accident could also put thousands at risk for potentially fatal radiation sickness in the Hudson Valley.

Finally, the estimated cost alone for cleanup and compensation for the crisis at the Fukushima Dai-ichi nuclear plants is at about $60 billion and counting, and NRDC estimates that an accident at Indian Point could cost 10 to 100 times more. The costs of a severe accident at Indian Point would be significantly higher here because of the value of real estate and economic activity that would be lost in its wake.

The Natural Resources Defense Council (NRDC) is an international nonprofit environmental organization with more than 1.3 million members and online activists. Since 1970, our lawyers, scientists and other environmental specialists have worked to protect the world’s natural resources, public health, and the environment. NRDC has offices in New York City, Washington, D.C., Los Angeles, San Francisco, Chicago, Livingston, Montana, and Beijing. Visit us at www.nrdc.org.