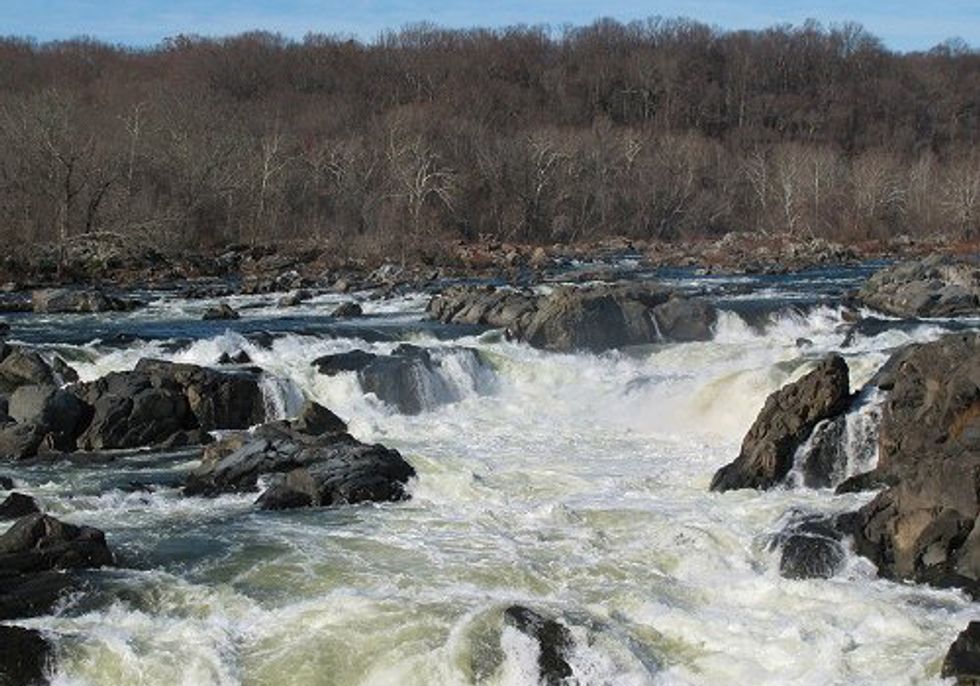 Great Falls of the Potomac in Montgomery County.

The Maryland Court of Special Appeals ruled earlier this week that a coalition of local and national river advocacy groups have standing to challenge a major stormwater pollution permit in court.

At issue is a state-issued pollution discharge permit for Montgomery County’s 499-square mile stormwater system. Clean water groups contend the permit allows ongoing harm to water quality and human health due to excessive discharges of pollutants and trash into the Potomac and Anacostia Rivers watersheds.

Maryland’s Department of Environment found that, to meet the state’s own standards, Montgomery County’s sediment discharge would need to be reduced by 46 percent, nitrogen and phosphorus by 79 percent, and fecal bacteria by 96 percent.

The coalition engaged in a four-year dispute in which lawyers for the state argued courts must only hear a challenge to a water pollution discharge permit if it is filed by a person who owns riverfront property or has some other financial interest being affected by water pollution.

Jennifer Chavez, of Earthjustice who represents the coalition of conservation groups, said, “Everyone who enjoys the Anacostia and Potomac Rivers has the right to seek enforcement of the Clean Water Act. The court agreed. We all have a right to a healthy environment.”

The decision allows the case to move forward but issues no judgment about the legal sufficiency of the permit.

“It’s about time that people who—like me—canoe, kayak, fish or otherwise enjoy Maryland waterways have the right to ask the state to comply with its legal duties to clean up these wonderful rivers and streams," said Mac Thornton one of the individual plaintiffs in the case.

Marc Yaggi, executive director of Waterkeeper Alliance said, “The waters that run through our nation’s capital should set an environmental standard for our country. We look forward to working with our local partners to finally get the job done.”

Mike Bolinder, Anacostia Riverkeeper said, “The Anacostia was once a thriving fishery and an epicenter of trade and recreation, but is now best known for being one of the most polluted rivers in the nation. Our nation's rivers belong to everybody, not just the people who can afford front row seats. This is a victory for everyone who wants to see a restored Anacostia.”

"We are encouraged that the courts have finally agreed with what we have known: everyone who paddles, fishes, enjoys the river and the over five million people who get their drinking water from the Potomac have a right to protect it," said Robin Broder, vice president of Potomac Riverkeeper.

"The court affirmed the ability of citizen groups to defend the Clean Water Act. This is a victory for Maryland waters and for clean water enforcement across the country," said Marcie Keever, legal director at Friends of the Earth.