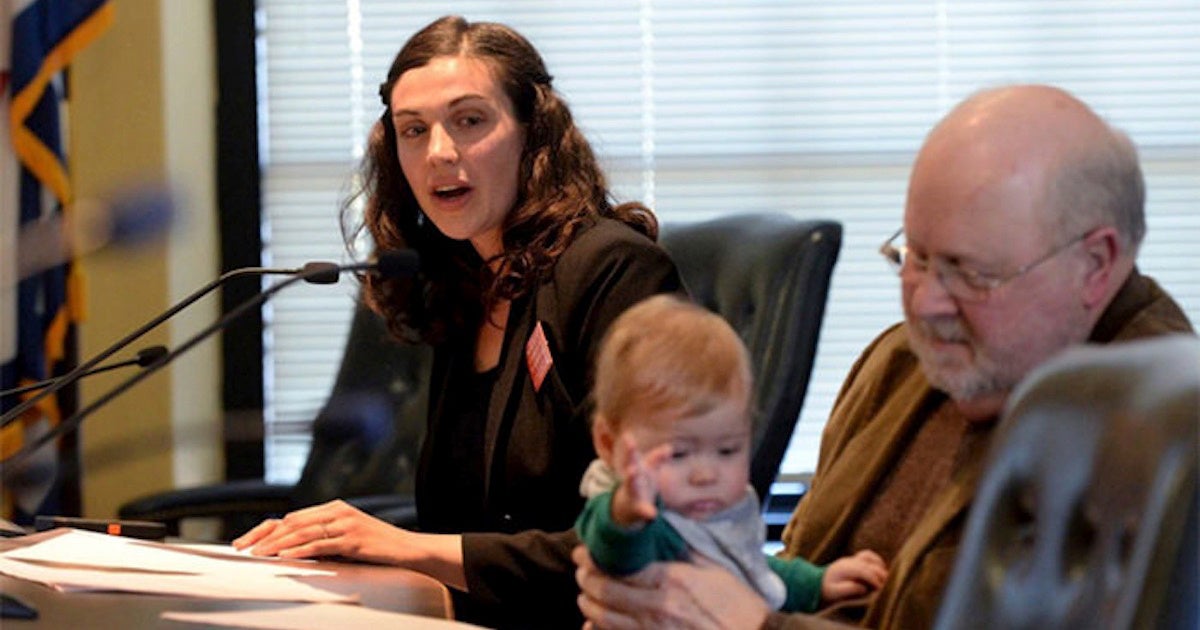 The U.S. Environmental Protection Agency’s (EPA‘s) only public hearing on the proposed repeal of the Clean Power Plan (CPP) featured many more people speaking in favor of the Obama-era effort to slash emissions from power plants.

Even though EPA Administrator
Scott Pruitt purposely held the meeting in Charleston “in the heart of coal country,” West Virginia to allow more coal stakeholders to testify in person, the vast majority of the 250 speakers at the two-day meeting at the West Virginia Capitol Complex actually approve of the CPP, VICE News reported. Only 30 or so speakers voiced their support for the repeal.

Representatives from environmental and social justice groups such as the
NAACP naturally spoke in favor of the plan, which would avert dangerous climate change and save billions of dollars due to the public health benefits of cutting polluting emissions.

But perhaps to the surprise of CPP opponents, many residents of West Virginia and even a former coal miner also spoke of how they wanted to save the Obama initiative.

Cynthia Ellis of Putnam County, West Virginia—who said she contracted asthma due to exposure from coal plant emissions—testified about how her 10-year-old extended family member, Emma, “coached me on how to use my inhaler,” VICE reported.

Stanley Sturgill, 72, a retired coal miner diagnosed with black lung and chronic obstructive pulmonary disease due to years of working in the field, pleaded to the EPA panel: “We’re still dying—we’re still literally dying—for you to help us.”

“Just how many people must pay the supreme price of death for a few rich, greedy people to bank a few dollars?” Sturgill continued, as quoted by
Huffington Post.

The Clean Power Plan, Obama’s signature
climate strategy, limits carbon emissions from coal-fired plants. But the CPP never took effect due to extensive legislation from states opposed to it. In October, the EPA proposed to repeal the CPP in accord with President Donald Trump‘s Energy Independence Executive Order.

Sturgill, who lives in Harlan County, Kentucky, drove for three hours to get to the meeting. “Do I really think that this administration cares what this old, worn-out coal miner has to say? Well, I don’t know. I really doubt it. But I had to be here,” he later told HuffPo, “as long as I can draw breath.”

Trump and Administrator Pruitt have called the CPP a “war on coal” and vow to bring back coal jobs. But experts say that coal’s return is unlikely as demand has dropped steadily due to cheap natural gas, new wind and solar projects, energy efficiency initiatives and other market forces.

“The majority of the profits go to executives and shareholders out of state” Jim Waggy of Charleston, West Virginia, also said at the hearing. “These are primary reasons why West Virginia remains one of the poorest states in the nation despite the presence of coal.”

But will the EPA listen to what these voices have to say? As VICE pointed out, even though they were clearly outnumbered by CPP supporters, coal barons such as
Robert Murray and other industry voices were given top billing at the hearing. Their testimonies were heard first and presented at the only room of three at the hearing that was consistently aired online.

Day 1 of the @EPA Clean Power Plan hearing in Charleston, West Virginia about to get going. Robert Murray, coal miners all here. pic.twitter.com/0dnQ5SEN4M

Murray, the founder and CEO of Murray Energy, called for a repeal of the “so-called and illegal Clean Power Plan, also called the ‘No Power Plan.'” He showed up to the meeting flanked by more than 20 miners dressed in full work gear,
New Republic reported.

Former
President Obama’s EPA held 11 public listening sessions before it proposed the CPP in addition to four hearings during the public comment period.

Obama EPA spokeswoman Liz Purchia Gannon told
Reuters that Pruitt is “just checking a box … and making it more difficult for Americans across the country to weigh in.”

The EPA will receive online comments about its proposal and any requests for additional public meetings until Jan. 16.