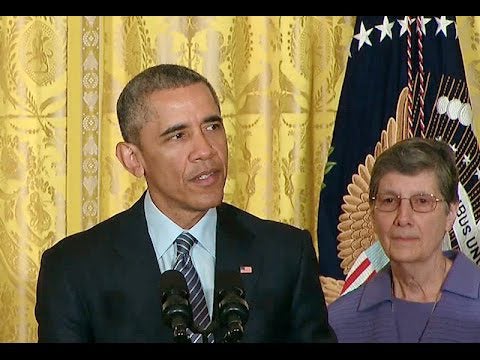 On a hot Aug. 3, 2015, President Obama stood in the White House Rose Garden and announced the most significant climate action of his term: The Clean Power Plan.

The Clean Power Plan aimed to establish the first-ever set of national carbon limits on power plants, our biggest source of the pollution.

This ground-breaking move planned to reduce carbon pollution 32 percent from 2005 levels by 2030. That would save lives and money—look at the estimates the U.S. Environmental Protection Agency (EPA) gave at the time:

What’s more—these savings would come because of a tremendous investment in clean energy by states. The Clean Power Plan created a great opportunity for states to chart a course to renewable energy instead of the same dirty, outdated, and dangerous fossil fuels.

Yet now, here we are in 2017, under Donald Trump and his EPA head Scott Pruitt—two people who think fossil fuels are the future. They’re trying to scrap the Clean Power Plan in favor of plans to line the pockets of their polluter friends. That’s in spite of strong public support for taking action—just this week, a new national survey by the Yale Center for Climate Communications found that 69 percent of all registered voters support strong carbon standards for coal-fired power plants.

Utilities aren’t listening to Trump, either. A recent Reuters survey of 32 power providers operating in the states that sued to block the Clean Power Plan found that all of them plan to continue moving away from coal and toward renewable energy, regardless of Trump’s policy agenda or his designs on the Clean Power Plan.

Trump and Pruitt are putting polluter profits before clean air, clean water and public health. The Sierra Club and our allies will fight their attempts to roll back these safeguards every step of the way.