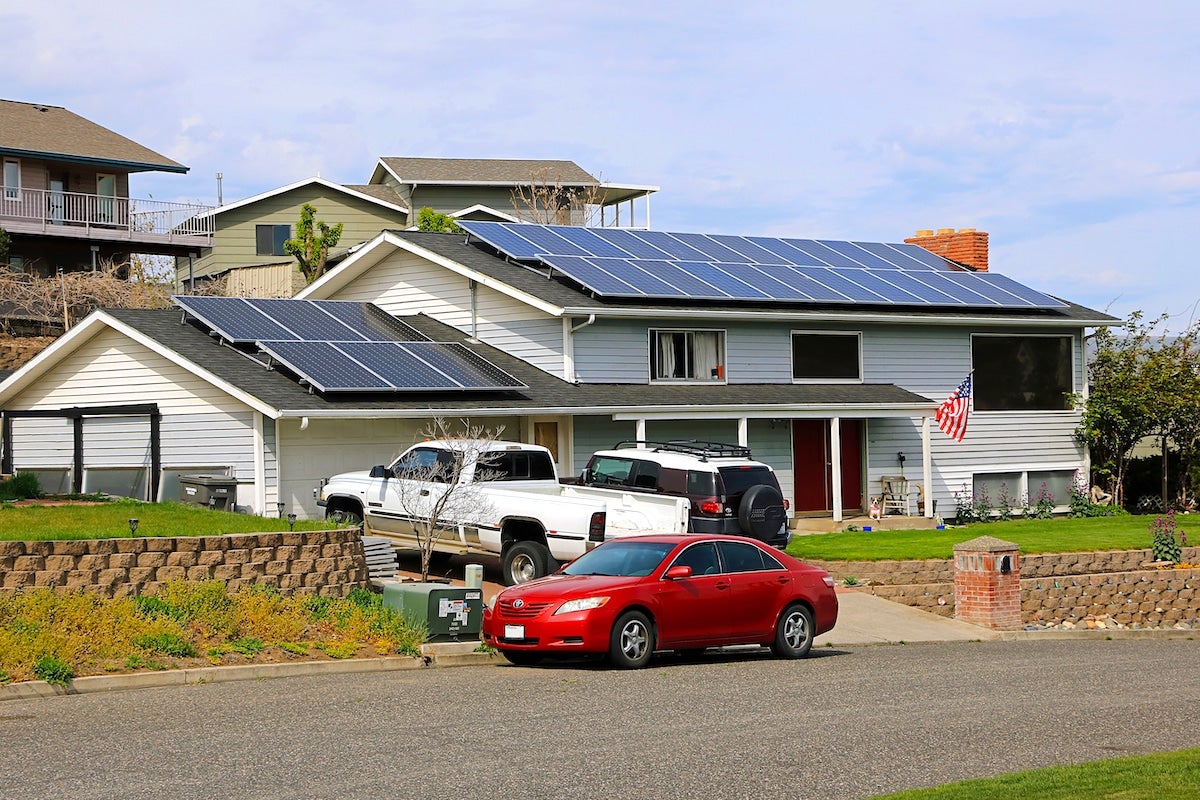 A private residence with solar panels covering most of the roof. Don and Melinda Crawford / UCG / Universal Images Group via Getty Images

The planet is heating up as greenhouse gas emissions rise, contributing to extreme heat waves and once-unimaginable flooding. Yet despite the risks, countries’ policies are not on track to keep global warming in check.

The problem isn’t a lack of technology. The International Energy Agency recently released a detailed analysis of the clean energy technology needed to lower greenhouse gas emissions to net zero globally by 2050. What’s needed, the IEA says, is significant government support to boost solar and wind power, electric vehicles, heat pumps and a variety of other technologies for a rapid energy transition.

One politically popular tool for providing that government support is the subsidy. The U.S. government’s new Inflation Reduction Act is a multibillion-dollar example, packed with financial incentives to encourage people to buy electric vehicles, solar panels and more.

But just how big do governments’ clean energy subsidies need to be to meet their goals, and how long are they needed?

Our research points to three important answers for any government considering clean energy subsidies – and for citizens keeping an eye on their progress.

Why Subsidize at All?

An obvious first question is: Why should governments subsidize clean energy at all?

The most direct answer is that clean energy helps to reduce harmful emissions – both of gases that cause local pollution and of those that warm the planet.

Reducing emissions helps to lower both public health costs and damage from climate change, which justifies government spending. Reports have estimated that the U.S. spends $820 billion a year just on health costs associated with air pollution and climate change. Globally, the World Health Organization estimated that the costs reached $5.1 trillion in 2018. Taxing and regulating polluting industries can also cut emissions, but carrots are often more politically popular than sticks.

A less obvious reason for subsidies is that government support can help a new and initially expensive technology become competitive in the market.

Governments have been central to the development of many technologies that are pervasive today, including microchips, the internet, solar panels and GPS. Microchips were fantastically expensive when first developed in the 1950s. Demand from the U.S. military and NASA, which could pay the high price, fueled the growth of the industry, and costs eventually dropped enough that they’re now found in everything from cars to toasters.

Government support has also helped to bring down the cost of solar power. Rooftop solar system costs fell 64% from 2010 to 2020 in the U.S. because cells became more efficient and higher volumes drove prices down.

So, subsidies can work, but what’s the right amount?

Too low, and a subsidy has no effect. Giving everyone a coupon for $1 off an electric car won’t change anyone’s buying plans. But subsidies can also be set too high.

The government doesn’t need to spend money persuading consumers who already plan to buy an electric car and can afford one, yet studies show clean energy subsidies disproportionately go to richer people. When people who would have purchased the item anyway receive subsidies, they’re known as “free riders.”

The ideal subsidy attracts new buyers while avoiding free riders and overspending on people who are already convinced. The subsidy can only work when it convinces a previously uninterested consumer to buy a product.

How Long Should Subsidies Last?

Timing is also important when thinking about the size of subsidies. When a promising technology is new and expensive, free riders are less of an issue. A large subsidy may be needed to attract even a few buyers, build out the emerging market and support the industry’s growth.

Solar power is a good example: In 2005, solar was several times more expensive than traditional electricity sources. Subsidies, like the 30% Investment Tax Credit established that year, helped lower the cost, and today’s solar is about one-tenth the price and cost-competitive with other electricity sources.

Once a clean technology is competitive, subsidies can still play an important role in speeding up the energy transition, but at a lower level than in the past.

In our research on residential solar panels, we estimate that the ideal subsidy for rooftop solar should have been initially higher than the actual federal tax credit but fall more quickly, declining to zero after 14 years from its start date.

By starting the subsidy about 20% higher, our models found that it would have boosted production faster, which would cut costs faster and reduce the need for high future subsidies.

It makes sense for subsidies to disappear altogether once a technology is sufficiently cost-competitive. However, even if a technology is competitive, it might be worth further subsidy if the speed of adoption is important.

The argument for continuing a subsidy depends on whether the additional adoption it stimulates is cost-effective in reducing emissions. Wind power is cheaper than fossil fuel power in many parts of the country. Even so, we found that continuing subsidies for wind power would lead to valuable emission benefits.

That said, sometimes subsidies stick around when they shouldn’t.

Fossil fuels have been heavily subsidized for decades, despite their harm to human health, the environment and the climate, all of which raise public costs. Governments globally spent almost $700 billion on fossil fuel subsidies in 2021. The U.S. government, in recent years, has spent more on renewable energy tax credits than fossil fuels, which is a promising transition of government support.

While the U.S. was the focus of our solar subsidy research, this way of thinking – balancing the costs and benefits of subsidies – can be applied in other nations to design better subsidies for clean energy technologies.

The subsidy is just one policy tool, but it is an important one for both stimulating early-stage technologies and accelerating deployment of more competitive options. As the world attempts the fastest energy transition in history, today’s energy subsidy decisions will affect its ability to succeed.