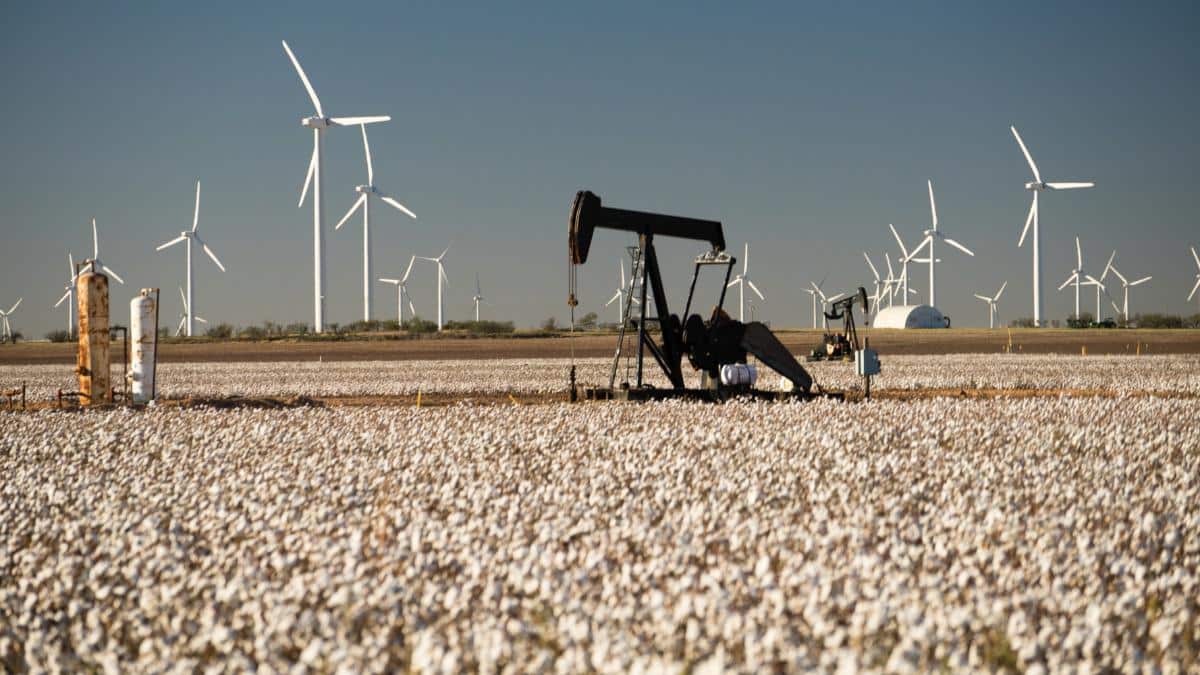 An oil pumpjack is seen in a Texas cotton field against a backdrop of wind energy. ChrisBoswell / Getty Images

Of the 155 congressional districts with high renewable energy potential, 91 are currently represented by a Republican.

Although fossil fuel companies have laid off well over 100,000 workers in the last year alone, in some cases while their executives raked in bonuses funded by government bailouts, the Brookings researchers describe a fear of transitioning to renewable energy in geographically concentrated regions and communities historically dominated by the fossil fuel industry.

The Brookings report did not address the billions of dollars spent by fossil fuel companies over decades to deny the science of climate change and fund politicians who support their industries.

While many workers in the fossil fuel industry are finding their skills transfer easily to renewable energy, oil and gas workers could also be employed plugging orphaned wells, which leak methane, a potent greenhouse gas, and other pollutants.