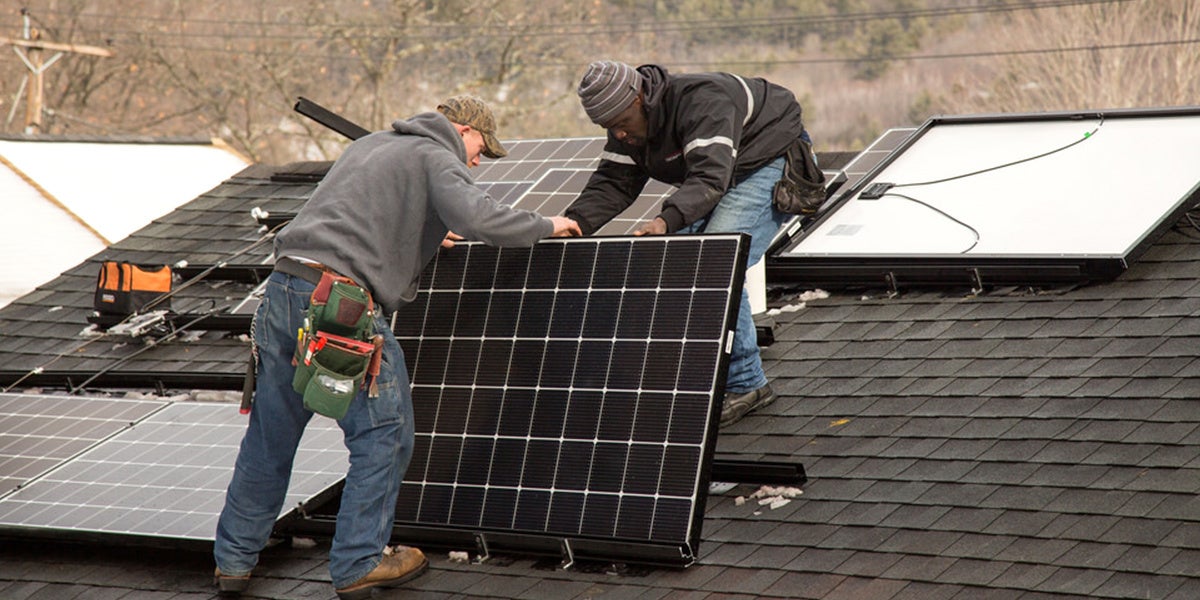 The NAACP is launching a major environmental justice campaign on Jan. 13 to mark the Martin Luther King, Jr. Day of Service.

The “Solar Equity Initiative” aims to provide solar job skills training to 100 individuals, install solar panels on more than 30 homes and community centers in low-income neighborhoods and communities of color, and strengthen equity in solar access policies in at least five states.

The first panels will be installed on transitional housing for domestic violence survivors being served by the Los Angeles-based Jenesse Center, a nationally recognized non-profit domestic violence prevention and intervention organization. Clients served by the Jenesse Center will also get hands-on training from GRID Alternatives during the installation, which will provide the women skills to access the booming solar energy industry.

The NAACP said that the Jenesse installation is expected to save the center an estimated $48,825 in lifetime financial savings and will help reduce harmful toxins and offset 90.06 tons of carbon emissions—the equivalent to planting more than 2,000 trees or taking 17 cars off the road.

“Underserved communities cannot be left behind in a clean energy transition,” said NAACP president and CEO Derrick Johnson. “Clean energy is a fundamental civil right which must be available to all, within the framework of a just transition.”

We are thrilled to share with you that we're teaming up with @NAACP during the weekend of @naacpimageaward and the #MLKDayofService to launch the 2018 #Solar Equity Initiative. #EnergyJustice #SolarforAll @GRID https://t.co/nU4hqdDtCj pic.twitter.com/Pyqwg4aPFh

Low-income communities, particularly communities of color, are disparately burdened by environmental pollution and the impacts of climate change. A 2011 EarthJustice report found that in Alabama (24.5 percent) and Mississippi (26.5 percent), the poverty rate near coal plants is more than twice the national average. In Tennessee the number of people living below the poverty line near coal plants is 41 percent higher than would be expected from the national average.

As a press release for the new campaign noted:

“Multiple NAACP studies and reports chronicle the disparities in exposure to pollution from fossil fuel based energy production in low income and communities of color. Communities of color and low income communities, as well as population groups such as women, consume the least energy, but are most disproportionately impacted, suffering poor health outcomes, compromised education, loss of livelihoods and loss of life as a result of exposure to toxins and the ravages of climate change.”

“This initiative is in the true spirit of the legacy of Dr. King and underscores the mission of the NAACP to advance equity and justice,” said Leon Russell, chairman of the NAACP Board of Directors.