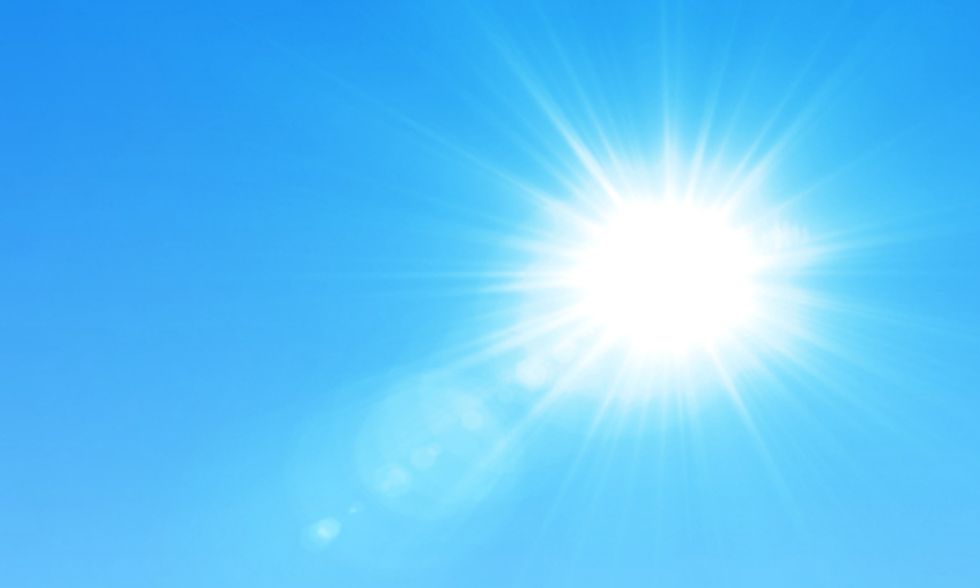 In a recent advance in solar energy, researchers have discovered a way to tap the sun not only as a source of power, but also to directly produce the solar energy materials that make this possible.

The sun could almost be a “one-stop shop” that produces both the materials for solar devices and the eternal energy to power them.
Photo courtesy of Shutterstock

This breakthrough by chemical engineers at Oregon State University could soon reduce the cost of solar energy, speed production processes, use environmentally benign materials and make the sun almost a “one-stop shop” that produces both the materials for solar devices and the eternal energy to power them.

The findings were published in RSC Advances, a journal of the Royal Society of Chemistry, in work supported by the National Science Foundation.

“This approach should work and is very environmentally conscious,” said Chih-Hung Chang, a professor of chemical engineering at Oregon State University, and lead author on the study.

“Several aspects of this system should continue to reduce the cost of solar energy, and when widely used, our carbon footprint,” Chang said. “It could produce solar energy materials anywhere there’s an adequate solar resource, and in this chemical manufacturing process, there would be zero energy impact.”

The work is based on the use of a “continuous flow” microreactor to produce nanoparticle inks that make solar cells by printing. Existing approaches based mostly on batch operations are more time-consuming and costly.

In this process, simulated sunlight is focused on the solar microreactor to rapidly heat it, while allowing precise control of temperature to aid the quality of the finished product. The light in these experiments was produced artificially, but the process could be done with direct sunlight, and at a fraction of the cost of current approaches.

“Our system can synthesize solar energy materials in minutes compared to other processes that might take 30 minutes to two hours,” Chang said. “This gain in operation speed can lower cost.”

In these experiments, the solar materials were made with copper indium diselenide, but to lower material costs it might also be possible to use a compound such as copper zinc tin sulfide, Chang said. And to make the process something that could work 24 hours a day, sunlight might initially be used to create molten salts that could later be used as an energy source for the manufacturing. This could provide more precise control of the processing temperature needed to create the solar energy materials.

State-of-the-art chalcogenide-based, thin film solar cells have already reached a fairly high solar energy conversion efficiency of about 20 percent in the laboratory, researchers said, while costing less than silicon technology. Further improvements in efficiency should be possible, they said.

Another advantage of these thin-film approaches to solar energy is that the solar absorbing layers are, in fact, very thin—about 1-2 microns, instead of the 50-100 microns of more conventional silicon cells. This could ease the incorporation of solar energy into structures, by coating thin films onto windows, roof shingles or other possibilities.

Additional support for this work was provided by the Oregon Nanoscience and Microtechnologies Institute and the Oregon Built Environment and Sustainable Technologies Center.

The Solar Technology That Could Solve California's Water Problem