Solar’s Past, and Future 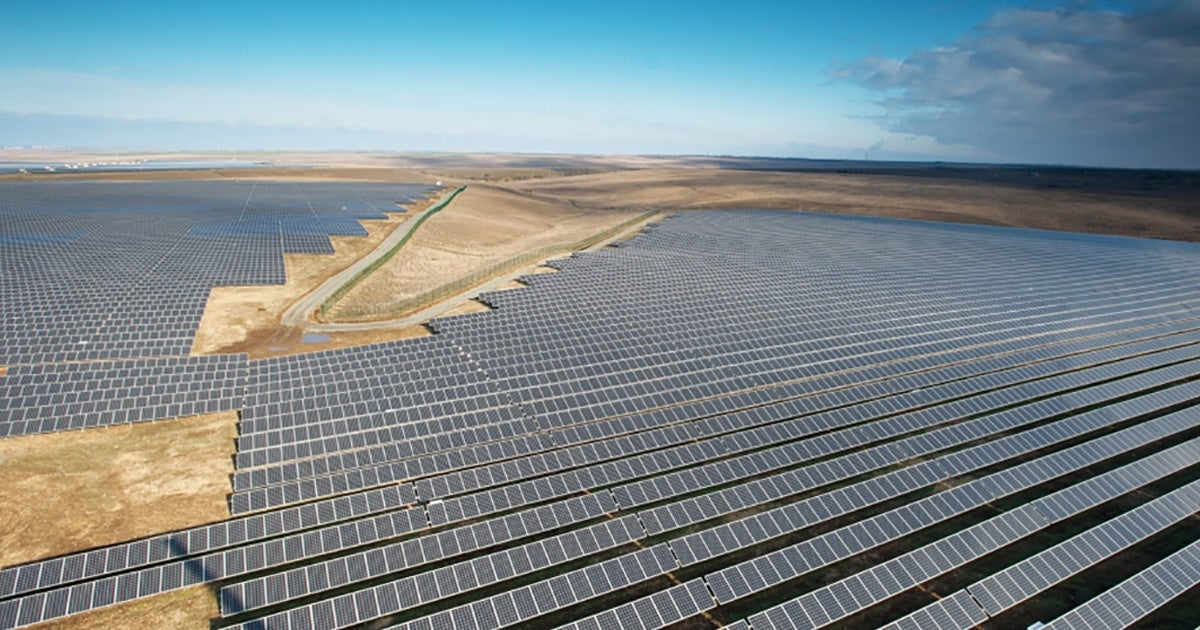 Thomas Edison once said, “I’d put my money on the sun and solar energy. What a source of power!”

Over the last ten years, solar power has become ubiquitous in conversations about renewable energy. As the cost to produce solar photovoltaic cells has plummeted in recent years, more and more homes, businesses and communities have invested in solar.

Solar has become a foundational renewable energy source, with major investments driving new project development all over the country. As the technology continues to develop, the future of solar is an even more exciting place to look.

The First Rays of Progress

The year was 1839. At just 19 years of age, French Physicist Edmond Becquere created the world’s first photovoltaic cell. His discovery, known as the Photovoltaic Effect or “Becquerel Effect,” showcased the foundational physics and process for what we now consider solar power and cemented his place in the history books. However, his discovery did not kick off a solar revolution. Instead, it remained in the domain of the laboratory well into the 20th century.

In 1954, inventors David Chapin, Calvin Fuller and Gerald Pearson capitalized on the Becquerel Effect, creating the world’s first modern solar cell at Bell Labs. The very next year Hoffman Electrics produced their own solar cells, which sold commercially for 25¢ each. As solar technology continued to develop, solar power expanded to cars, planes, satellites, homes, commercial buildings and even spacecraft.

Over time, the basic concept behind solar hasn’t strayed far from early models. However, the cells used to power our homes and lives today are much, much more advanced and efficient — driving down costs and opening up new uses for solar in our lives.

The Current State of Solar Technology

The solar industry has expanded and matured in recent years, accompanied by advances in power storage, miniaturization and materials that combine to make solar photovoltaics more efficient and durable and versatile.

In a sure sign of industry maturity, some companies are beginning to focus on the aesthetics of solar systems, instead of concerning themselves solely with advances in performance. One such company is Sistine Solar, a Boston-based startup which has created a “solar skin” that covers solar panels, altering their appearance. From skins that match the roof to artistic flags and designs, these skins help homeowners blend or beautify their rooftop panels without affecting efficiency.

That said, scientists and developers continue to push the limits of panel efficiency. The more efficient a panel is, the more energy created, and cheaper these panels can be in the long term. Most solar panels fall in the 14 to 18 percent efficiency range, but in 2018 a number of companies brought panels to market in the 24 to 25% range.

The current state of solar technology is promising, but it pales in comparison to what the future holds.

A Limitless Solar Future — If We Can Build It

Solar’s potential seems limitless, but it would be wrong to consider the matter settled. Despite the astounding pace of innovation, solar technologies have only effectively doubled since the first cell was created in 1954. Furthermore, humankind’s demand for reliable power shows no signs of slowing. In order to fully utilize clean, renewable solar energy, scientists, policymakers and financiers the world over are going to have to be clever.

Looking ahead, some researchers and thinkers asked: how could we offer solar energy round the clock, while maintaining the ability to meet increasing energy demand. The answer, it seems, is to create solar farms in space.

The idea of launching solar panels into space where they can generate electricity 24 hours a day and wirelessly transmit the power back to Earth might seem like science fiction, but it’s becoming increasingly more likely by the day.

As a concept, wireless transmission of energy has been with us since the invention of the radio, and the first notable long distance power transmission experiments occurred in 1982. In 2018, scientists from the California Institute of Technology announced that they had succeeded in creating a prototype of a lightweight tile which would be capable of harnessing and transmitting solar energy generated from space. These lightweight tiles would have the ability to follow the Earth’s orbit, meaning power would flow continuously, without a night time dip.

While orbital solar farms might still lie in the future, terrestrial solar is a very real presence in our lives today. As solar power continues to enjoy advances in technology, performance and cost efficiency, solar looks poised to be one of our most prevalent sources of clean, renewable energy. Not just in our power supply, but in our tech, toys and daily lives. Without a doubt, solar will be one of the pillars of our 100% clean energy future.

Here’s how it works:

1. Take 2 minutes to connect your utility account to Arcadia Power and sign up to pay your bill through their secure platform.

2. They’ll match your energy usage with clean energy from wind farms and let you know when they find ways you can save money, all at no cost.

3. You get a single statement with your utility charge, details on your clean energy impact and any savings credits from Arcadia Power. Plus, they never charge credit card transaction fees, so you can earn points with each utility bill.

It takes just 2 minutes to sign up. That’s it. Plus, you’ll get off your next power bill when you sign up this month.