Clean Coal is a Hoax, Mr. President, So Drop It 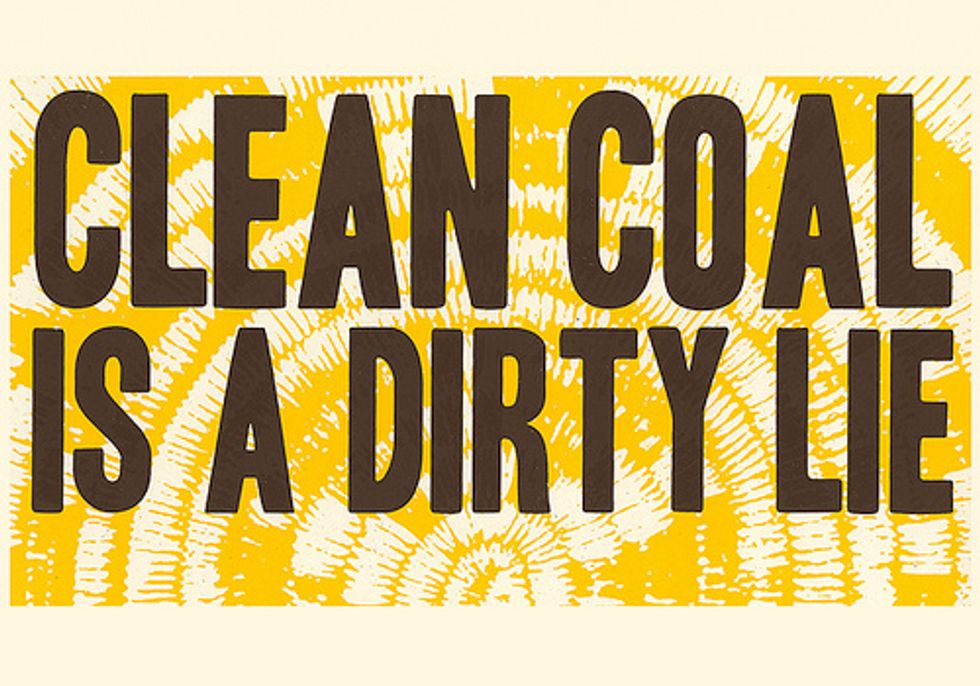 Out of all the meaningless slogans bantered around this election season, President Obama's clinging to the "clean coal" banner ranks as one of the most specious.

"Clean coal" is a hoax, and the president knows it, and outside of appeasing a few Midwestern Big Coal sycophants and his Duke Energy coal buddy Jim Rogers, who helped to underwrite the Democratic Convention this summer in Charlotte, Obama has little to gain from invoking the offensive phrase.

You're offensive, President Obama, to use your own words.

Offensive to coal miners and their families who have paid the ultimate price, offensive to people who live daily with the devastating impacts of coal mining and coal ash in their communities and watersheds, and offensive to anyone who recognizes the spiraling reality of climate change.

If Ameren, one of the biggest coal-supporting utility companies in the nation, can throw in the towel on the FutureGen "clean coal" boondoggle in Obama's adopted state of Illinois, then why can't our president at least state the truth during his election—or drop the sloganeering?

It's sad enough to watch the president mock Republican Mitt Romney for his dead-on realization, once upon a time, that coal-fired plants kill.

It's even sadder, as our nation drifts along in Titanic denial toward climate destabilization, for our president to crow about being a friend of a deadly rock.

And it's downright tragic for Obama apologists—all of whom live in Washington, D.C. or non-coal mining areas—to turn a blind eye to Obama's unleashing of massive coal mining permits in the Powder River Basin, to the regulated humanitarian and health disaster of mountaintop removal in Appalachia, and the destructive operations of longwall mining for farm communities in the heartland.

Coal is not and will never be clean, and President Obama and all of his apologists know it.

Coal mining and burning pollutants contribute to four of the five leading causes of mortality in the U.S., according to the Physicians for Social Responsibility: "Heart disease, cancer, stroke, and chronic lower respiratory diseases. This conclusion emerges from our reassessment of the widely recognized health threats from coal. Each step of the coal life cycle—mining, transportation, washing, combustion and disposing of post combustion wastes—impacts human health."