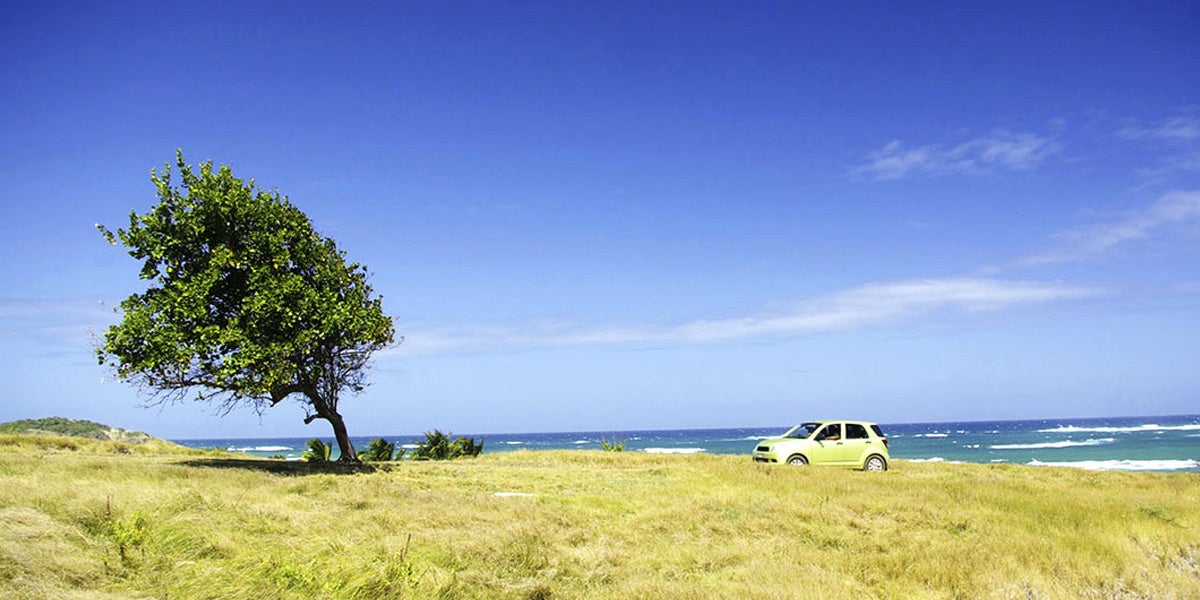 Some of the cleanest cars you can buy today are powered by electricity, though the emissions of an electric vehicle (EV) varies depending on where it is plugged in. Even though parts of the U.S. still partially rely on coal fired power, the average EV sold in the U.S. produces the emissions equivalent of a gas vehicle that gets 73 MPG, and more than 70 percent of Americans live in an area where driving an EV results in fewer emissions than a 50 MPG gas-powered vehicle. Check out how electric vehicles (EVs) fare in your neck of the woods with this interactive tool that will calculate an EV’s emissions via zip code.

Looking for the most fuel-efficient SUV or pickup truck? Read on as I’ll detail the most fuel efficient vehicles in each of these classes below. 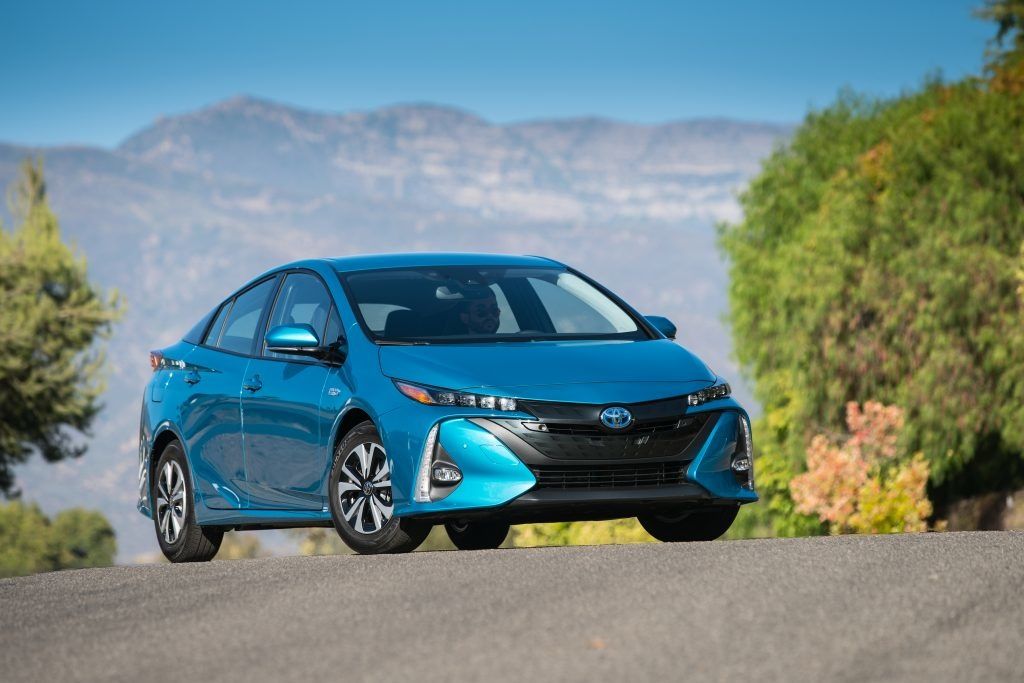 This isn’t necessarily the most exciting vehicle on the planet, but the 2018 Toyota Prius Prime offers serious fuel economy and a modest electric range at a reasonable price (from $27,100 before any federal or state credits or rebates). The 2018 Prime is equipped with both a fuel-sipping 1.8 liter four-cylinder engine and an electric motor that runs off an 8.8 kWh battery pack that can be recharged in just 5 hours from any regular outlet, or around 2 hours from a 220V outlet (the type of outlet used by home appliances like a washer/dryer. For more info on different types of EV charging, head here). But even when out of juice, the Prime will still achieve a city/highway combined 54 mpg when running off gasoline alone. Overall, EPA gave the 2017 Prime an estimated fuel economy rating of 133 MPGe making it one of the most fuel-efficient vehicles that still uses gasoline today. 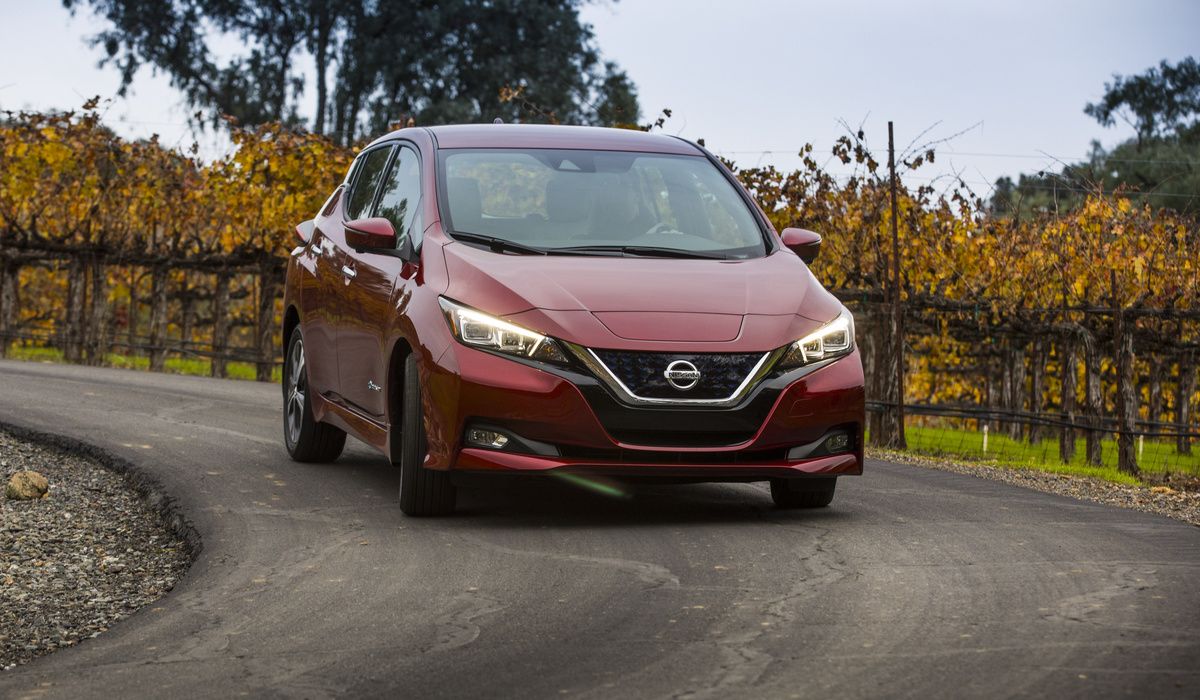 If you’re ready to ditch gasoline for good, you may want to check out the 2018 Nissan Leaf. The all-new Leaf not only got a style upgrade, but it also got a 40-kWh battery that provides an EPA-estimated 151 miles of all-electric range and a fuel economy rating of 112 MPGe. This is a big improvement from the original Leaf’s 84-mile range, and enough of a range boost that will make the Leaf work for even more people’s driving needs. Charging at home or on-the-go should be easy for Leaf owners as well. The Leaf can be fully charged in as little as 40 minutes with DC fast fast charging, or charged in around 8 hours via level 2 (220V) charging. Starting at $29,900, the Tennessee-built Leaf is cheaper than many of its all-electric competitors, though has slightly less range than the Chevy Bolt (238 miles) or Tesla Model 3 (220 miles). 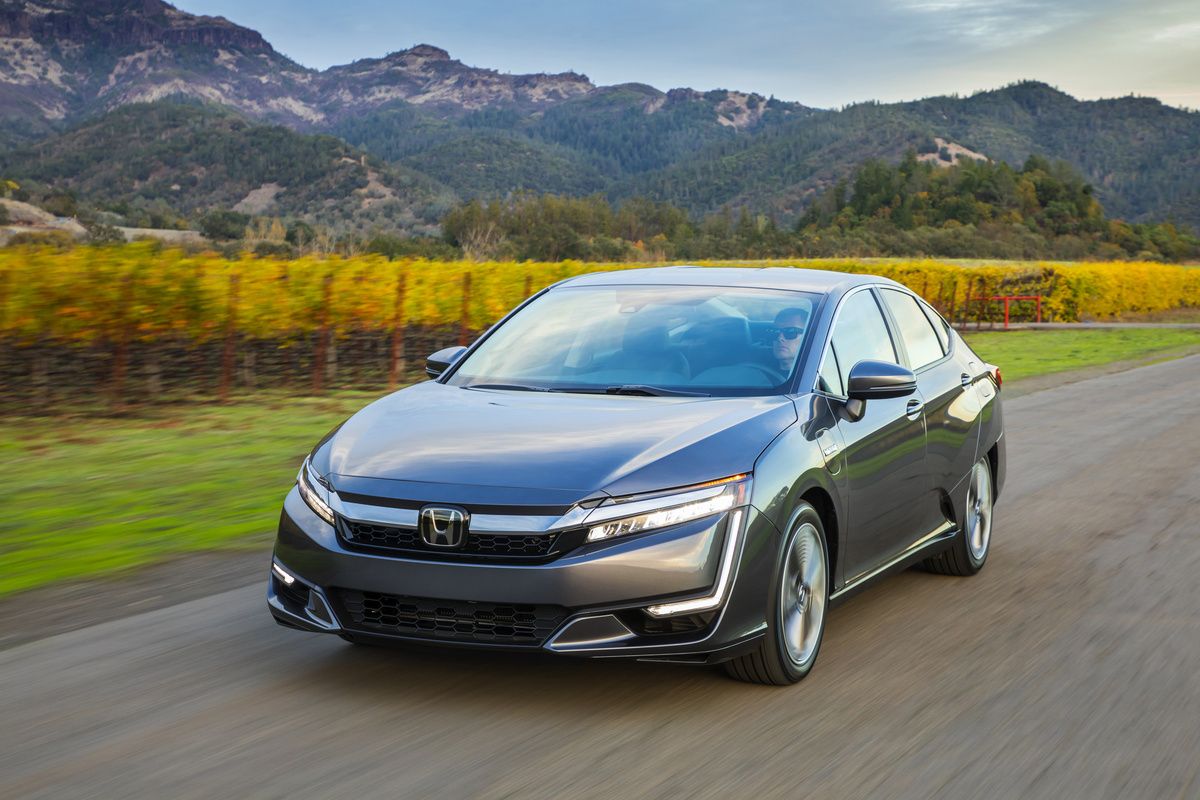 Like the Prius Prime, the 2018 Honda Clarity Plug-In Hybrid (PHEV) includes both a gasoline engine and an electric motor powered by a 17 kWh battery pack, which is good for an EPA-estimated 48 miles of all-electric range. When the electric range is exhausted, the Clarity PHEV relies on an efficient 1.5 liter 4-cylinder engine that produces a 42 mpg, which is very good for a big sedan. The Clarity PHEV base price is $33,400, but don’t forget about the $7,500 federal tax credit, which can knock the sticker price down to $25,900. Overall, the Clarity PHEV offers the best pure electric range of any plug-in hybrid sedan and should be able to compete with other PHEVs like the Toyota Prius Prime, Hyundai Ioniq PHEV and Chevy Volt. 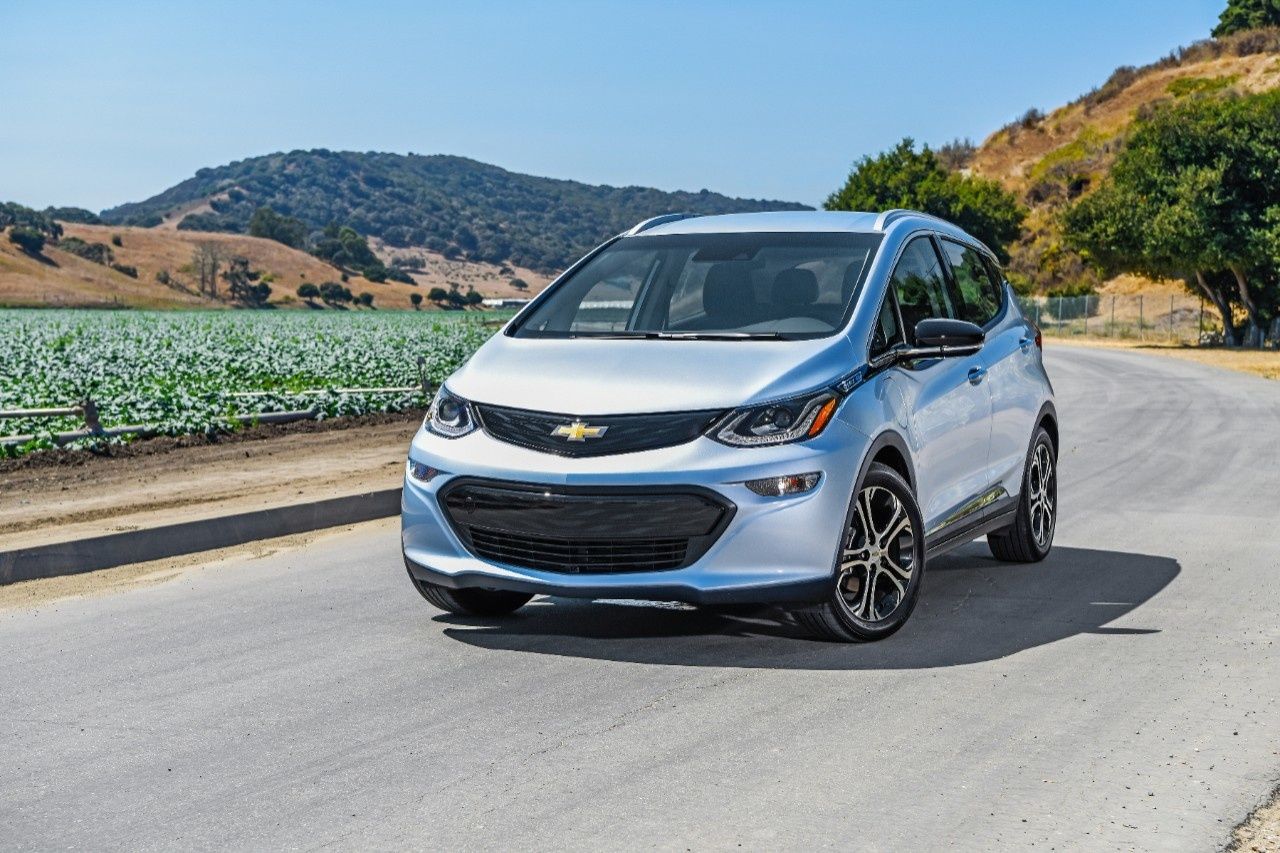 The Bolt was MotorTrend’s Car of the Year in 2017, will go 0-60 in just 6.5 seconds, and has an estimated all-electric range of 238 miles. The 2018 Bolt EV remains largely the same, and starts at $37,495. Of course, this price can be lowered by qualifying for the $7,500 federal tax credit and any other state EV credits or rebates. Interested in what EV incentives apply in your neck of the woods? Head over here for a handy guide. The Bolt’s battery pack can gain 90 miles of charge in just 30 minutes from DC fast charging and a full charge from empty will take about 9 hours via level 2, 220V charging. The Bolt charge time shouldn’t be a deal breaker considering the vast majority of EV charging is done at home—and mostly overnight. It’s also important to note that EV drivers typically don’t need a full charge every time they plug-in. If you drive 50 miles in a day, for example, then you only need to replace that 50 miles of lost range, which can happen in a matter of minutes from a DC fast charger or hours from a level 2 charger. 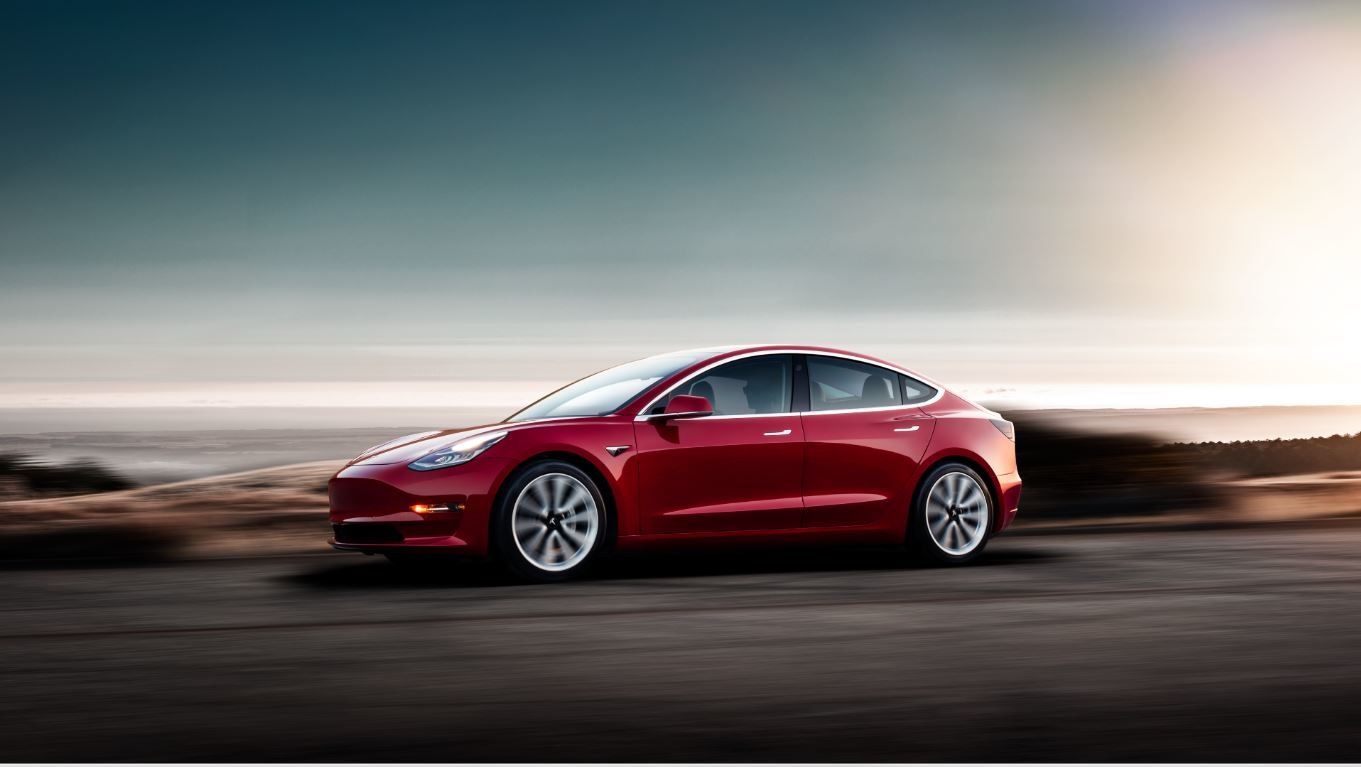 There’s not too much to say about the Model 3 that hasn’t already been said. The Model 3 remains one of the most exciting clean vehicles on the market. Just how clean depends on where you plug-in, but UCS analysis has found that for more than 70 percent of Americans, driving the average EV results in fewer emissions than a 50 MPG gasoline vehicle. The Model 3 comes with either 50 kWh or 75 kWh battery pack that gives the sedan a range of 220 miles or 310 miles, respectively, and can be fully charged in around 12 hours from level 2 (220V) charging or up to a 50 percent charge in 20 minutes via Tesla’s network of supercharger charging stations. Of course, Tesla has had some trouble meeting the 400,000 Model 3 pre-orders, but they are still taking reservations if you want to get in line and wait an estimated 12-18 months for one of the most hyped electric vehicles of all-time. 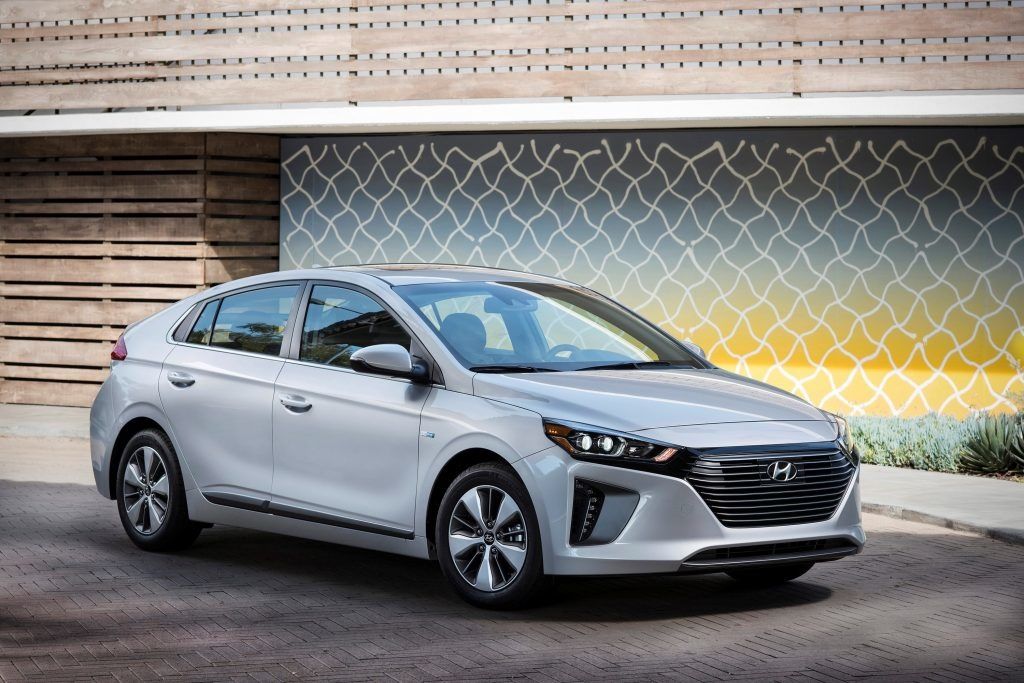 The Ioniq is Hyundai’s first foray into the electric vehicle market and offers a great alternative to the Toyota Prius Prime at a comparable price—the 2018 Ioniq PHEV starts at $25,835 and the Prime starts at $27,100. The Ioniq also marks the first-time American car buyers will be able to choose between a conventional hybrid, a plug-in electric hybrid, or a battery electric version of the same model. Giving consumers a family of clean options in the same vehicle is a clever move by Hyundai, and one that other automakers may seek to duplicate in their efforts to make electric drive more mainstream.

The 2018 plug-in hybrid version of the Ioniq includes an 8.9 kwh rechargeable battery pack that provides more than 25 miles of all-electric range and can be fully charged in two hours and 18 minutes from a Level 2 charger. Given its inoffensive styling and techno-inclusions like Apple CarPlay, Android Auto and wireless smartphone charging, the Ioniq may challenge the Prius for hybrid sedan market share—a welcome sight for clean car enthusiasts everywhere. Also, the gas-only version of the Ioniq gets a best-in-class 58 combined MPG! 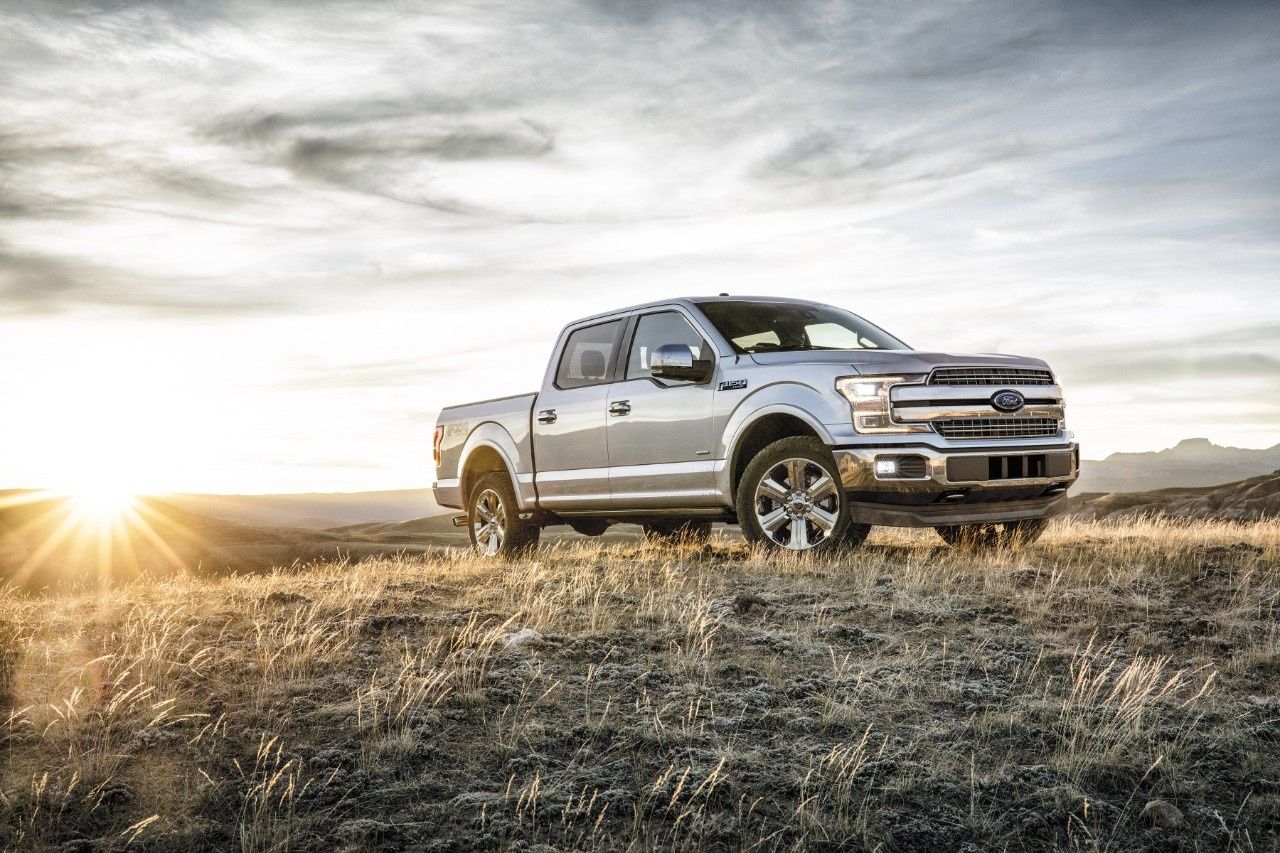 Truck sales continue to outpace passenger vehicle sales. Ford, for example, sold more than 820,000 F-series trucks in 2016, which is more than double the sales of the Toyota Camry, the top-selling passenger car. So it’s critical that manufacturers improve the fuel economy of pick-ups to meet both the consumer demand for more fuel efficient vehicles and the demands of the federal fuel economy standards. So, it’s exciting to see the first F-150 with a diesel engine and 10-speed transmission heading to showrooms this spring, because it is expected to be the first full-size pickup to crack the 30 MPG barrier. This MPG doesn’t come at the expense of towing power either. The 2018 F-150 is expected to deliver a maximum tow rating of 11,400 pounds, which beats its closest rival, the Ram 1500 Ecodiesel, by over a ton and puts it in the upper echelon of all light duty pickups. In addition to the diesel, Ford recently announced plans for an F-150 hybrid, set to hit the market in 2020.

Just because you may need an SUV doesn’t mean that you necessarily need to sacrifice fuel economy. The 2018 Lexus RX 450h gets a respectable 30 combined MPG and offers a 3 row configuration that can fit 7 or 8 passengers and a decent amount of cargo space. The standard all-wheel drive on this hybrid model is powered by a 308 horsepower V6 motor, and comes with the luxury amenities Lexus is known for. While not exactly a bargain, this model can transport a whole lot of people and stuff while achieving the same fuel economy as the similar sized Land Rover Discovery (22 MPG) or BMW x5 (16 MPG). If this model is out of your price range, you may want to check out the Toyota Highlander I highlighted in this post.