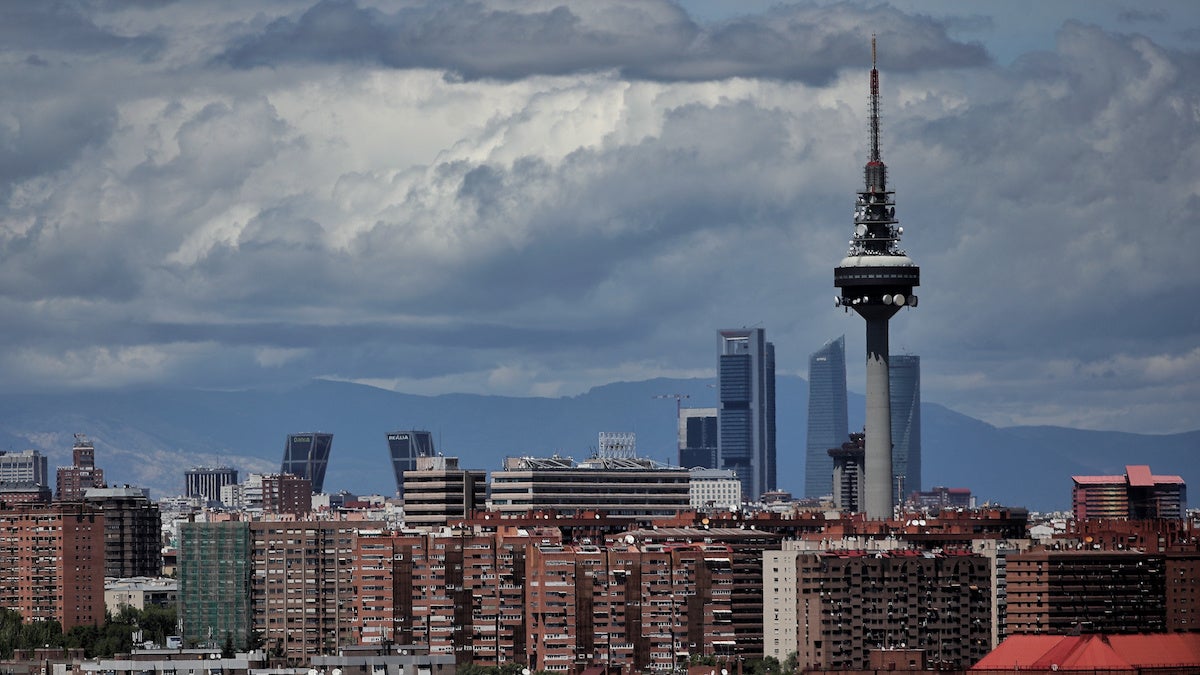 Clear skies in Madrid seen from the Hill of Tio Pio during the 46th day of the state of alarm on April 29, 2020 in Madrid, Spain. Eduardo Parra / Europa Press via Getty Images

A new study has shown that drops in nitrogen dioxide in the air and fine particulate matter as coal and oil consumption have plummeted over the last month have saved an estimated 11,000 lives across Europe. The range may be as low as 7,000, but as high as 21,000 deaths avoided.

The study found that steep declines in vehicular congestion and emissions from industrial activities has led to a bevy of positive health impacts, including 1.3 million fewer sick days for workers, 6,000 fewer children developing asthma, 1,900 emergency room visits avoided and 600 fewer preterm births in Europe, according to the Center for Research on Energy and Clean Air (CREA), as The Guardian reported.

The researchers found that stay-at-home orders across Europe to slow down the spread of the coronavirus have led to a 40 percent drop in nitrogen dioxide in the air and a 10 percent drop in particle pollution, as Business Green reported.

These types of pollution weaken the immune system, heart function and the respiratory system. They are responsible for an estimated 470,000 deaths in Europe each year, according to The Guardian.

Measures to combat the pandemic have resulted in “unprecedentedly dramatic reductions in coal and oil burning associated with air pollution in Europe,” explained CREA lead analyst Lauri Myllyvirta, as Business Green reported. “This reduction in pollution has helped alleviate pressure on the health care system during this crisis. Furthermore, our analysis highlights the tremendous benefits for public health and quality of life that could be achieved by rapidly reducing fossil fuels in a sustained and sustainable way.”

The statistical model the researchers created looked at data for air quality, weather conditions, emissions, population and disease prevalence. Germany ranked first with an estimated 2,083 deaths avoided followed by the UK (1,752), Italy (1,490), France (1,230) and Spain (1,083), according to The Guardian.

The research also looked at the ailments that were avoided. They found that 40 percent of the reductions in death were related to heart conditions, 17 percent to lung disease, and 13 percent from strokes and cancer, as The Guardian reported.

Myllyvirta noted that the research shows the impetus to transition to a clean energy infrastructure.

“Air pollution levels are plummeting as an unintended result of measures against the virus; this should not be seen as a ‘silver lining’, but it does show how normalised the massive death toll from air pollution has become, and points to what can be achieved if we shift to clean energy,” he said, as Business Green reported. “When restrictions are fully lifted, European decision-makers can continue to implement policies to green electricity grids and transport systems in order to clear up our skies so we don’t return to heavy pollution.”

Myllyvirta noted that the results are just from Europe and they would likely be magnified if worldwide statistics were added. However, those gains are not to minimize the devastating toll the virus has had, claiming over 220,000 lives worldwide and causing millions of job losses.

The statistics mirror the observations of health experts who are seeing a dip in patients arriving at the hospital with complications from pulmonary disease and asthma.

“There is no doubt that a fall in air pollution is part of the reason,” said Dr LJ Smith, a consultant in respiratory medicine at King’s College hospital in London, to The Guardian. “It’s allowed us to question what we have previously accepted as normal. If air pollution returns to its previous levels my waiting room will once again start filling up with children and adults struggling to breathe.”