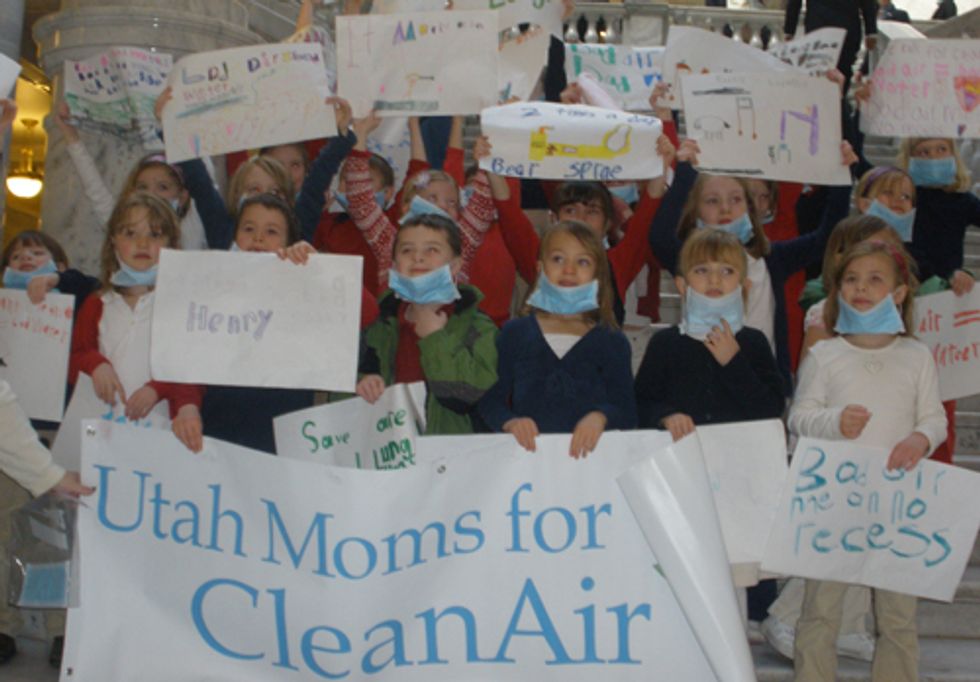 In the midst of the Wasatch Front’s first air quality advisories of the winter, a coalition of doctors, moms, health and environmental groups filed suit against Kennecott Copper Dec. 19, a subsidiary of Rio Tinto, over the company’s failure to protect clean air in Salt Lake County and beyond.

At issue are ongoing clean air violations at Kennecott’s Bingham Canyon Copper Mine, the world’s largest open pit copper mine located in western Salt Lake County in the Oquirrh Mountains. For at least the last five years, the company has violated its federal limits on ore and waste rock production. These production limits were put in place in 1994 to curb particulate matter emissions and meet health standards.

“Every Wasatch Front resident knows that our air pollution is often severe, and occasionally the worst in the nation. Rio Tinto, as a major contributor to this problem, is literally mining away our clean air. Worse, they are doing it illegally,” said Dr. Brian Moench with the Utah Physicians for a Healthy Environment.

“Our families depend on clean air, plain and simple,” said Cherise Udell, founder of Utah Moms for Clean Air. “All we’re asking is that Kennecott take responsibility for protecting the health of our children and our future.”

Currently, Salt Lake County and other Wasatch Front counties are in violation of federal health limits on particulate matter. The region has some of the worst particulate pollution in the U.S. Conservative estimates show that 1,000-2,000 Utahns die prematurely every year because of particulate pollution. According to Utah Physicians for a Healthy Environment, an organization of medical experts dedicated to protecting public health, these levels of pollution can shorten the life span of individuals by about two years.

In 1994, Kennecott agreed to limit production at its Bingham Canyon Mine to 150,500,000 tons of ore and waste rock every year to keep dust, tailpipe emissions, and other sources of air pollution in check. This limit was approved by the U.S. Environmental Protection Agency (EPA) and adopted into federal regulations. However, according to data submitted to the Utah Division of Oil, Gas and Mining, every year since 2006 Rio Tinto has violated this production limit, reaching levels as high as 192,684,252 in 2009—more than 40 million tons above the limit allowed.

Although Kennecott has claimed that production increases were authorized by the state of Utah, most recently in June of 2011 where the state approved a production increase to 260,000,000 tons annually, the increases were never approved by the EPA nor were the air quality impacts analyzed to ensure compliance with federal health standards. Under federal law, States cannot unilaterally modify federal regulations through permits.

“Although the State of Utah is an accomplice in this mess, the responsibility to protect our clean air and our health falls squarely on the shoulders of Kennecott,” said Jeremy Nichols, the Climate and Energy Program director for WildEarth Guardians. “As citizens concerned over the impacts of air pollution on today’s and future generations, we’re saying enough is enough. It’s time for Kennecott to come clean, comply with the law, and start being a part of solving our pollution problems, not making them worse.”