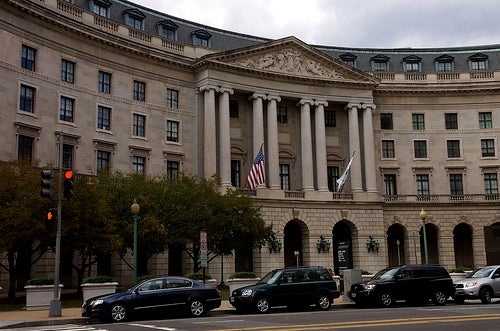 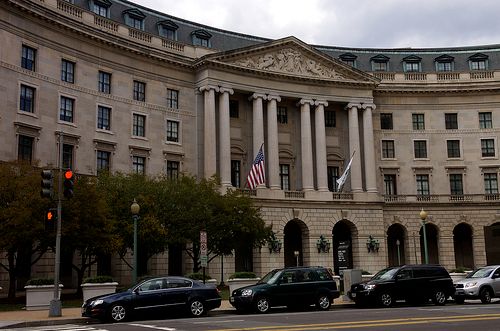 A small group of concerned citizens from across the nation will meet with top officials from the U.S. Environmental Protection Agency (EPA) and Congressional offices Nov. 14 to tell them that the health and well-being of their families, communities, national parks, wilderness areas and businesses depends on EPA’s enforcement of clean air laws. The group does not include a single paid lobbyist, but is instead made up of parents, small business owners, outdoorsmen, an educator, a local elected official and a college student from seven states and the Navajo Nation who volunteered the time away from their family and jobs to speak out against air pollution.

“National parks and public lands are among the most important national assets the U.S. has and they are precious to me and my family,” said attendee David Simon, president of Eco Think LLC in Albuquerque, N.M. “EPA needs to require clean-up of the San Juan Generating Station and other emission sources in the west to ensure the health of my family and protection of America’s crown jewels.”

The group is offering its support to the EPA to uphold the Clean Air Act and asking members of Congress for their support in preventing industries tied to air pollution, such as coal-fired powered plants, from undermining set laws and allowing poisonous and sight-impairing soot to continue being pumped into the air. The members of the group were driven to be a part of these meetings to stand up for the right of all Americans to breathe clean air and for our most prized and iconic natural treasures to be protected from murky and unhealthy air.

“My family and I have spent time in some of the most beautiful places on earth, from the Grand Canyon to Arches to Mesa Verde national parks,” said attendee Ashley Basta, a senior at the University of Colorado at Boulder. “These places are too precious to be destroyed by preventable pollution like that from coal-fired power plants and other extractive industries. I was recently fortunate enough to take part in EcoFlight’s Flight Across America Student Program, which gave me a whole new appreciation for parks in the Southwest and an increased awareness of how fragile they are. The EPA’s rules are there for a reason. If they are not upheld, these treasured places are in danger of irreparable damage.”

Without the protections of the Clean Air Act, air pollution from antiquated coal-fired power plants and other industrial emitters will continue to contribute to health problems like asthma and heart disease and leave a muddy haze over our most treasured national parks and forests, driving away tourists and straining local businesses. For far too long, clean air to breathe and clear views at places across the nation like Shenandoah National Park, Grand Canyon National Park, Voyageurs National Park, Grand Teton National Park and many other national parks and forests have come in second to corporations who, despite a 30-year-old law requiring they operate more cleanly, have vehemently resisted installing proven technologies that would greatly reduce the pollutants that are belched into our air each day by their outdated facilities.

“My family consumes a large amount of wild game. It is a staple to our diet,” said attendee Darrell Spencer, a small business owner, hunter and father from Duluth, Minnesota. “We already are advised to limit our consumption of fish because of mercury from air pollution. It worries me to think what else may affect my family’s consumption of wild game in the future. It worries me even more that someday my kids may see haze pollution in the Class 1 areas of northern Minnesota. America’s hunters, anglers and the 79 billion dollar industry that supports them, are glad to see the long overdue EPA action to fulfill its obligation under the Clean Air Act’s Regional Haze Program.”

The EPA must be allowed to do its job, which is to protect the health and welfare of the people and our iconic national parks and forests, from special interests. Our children and grandchildren deserve better than to inherit a degraded, dirtier version of the nation we received.

To speak out to EPA Administrator Lisa Jackson about the need for her agency to uphold the rules of the Clean Air Act, click here.

Below is a list of the individuals taking part in the meetings with EPA officials and members of Congress.

• Ashley Basta – Boulder, Colorado – a senior at the University of Colorado at Boulder, majoring in the interdisciplinary study of the humanities with an emphasis on community studies and creative writing.

• Bob Sanderson – Tempe, Arizona – a mechanical engineer by training, who owns and manages a small business in Phoenix dealing in industrial control hardware.

• Darrell Spencer – Duluth, Minnesota – a small business owner from Duluth, Minnesota. He spends 100 or more days a year fishing, hunting, skiing and hiking in Chippewa & Superior National Forest as well as the Boundary Waters Canoe Area. Darrell and his wife Pam have two boys ages 8 and 14.

• Donna House – Teelch’int’í, Navajo Nation – a botanical consultant currently assisting Indigenous/Native American community-based organizations in protecting eco-cultural diversity from adverse development. She is a member of the Navajo Nation and inhabits a farm along the Rio Grande in Ohkay Owingeh territory and a home in Teelch’int’í on the Navajo Nation.

• Dave Norris – Charlottesville, Virginia – has served as Mayor of Charlottesville, Virginia, since January 2008. During his time in office, Dave has chaired Charlottesville’s Environmental Sustainability Committee and has championed a wide range of clean energy, smart growth, alternative transportation and green space protection measures. Mere miles from Shenandoah National Park, Charlottesville is consistently rated as one of the best places in the country to live, work and enjoy the outdoors.