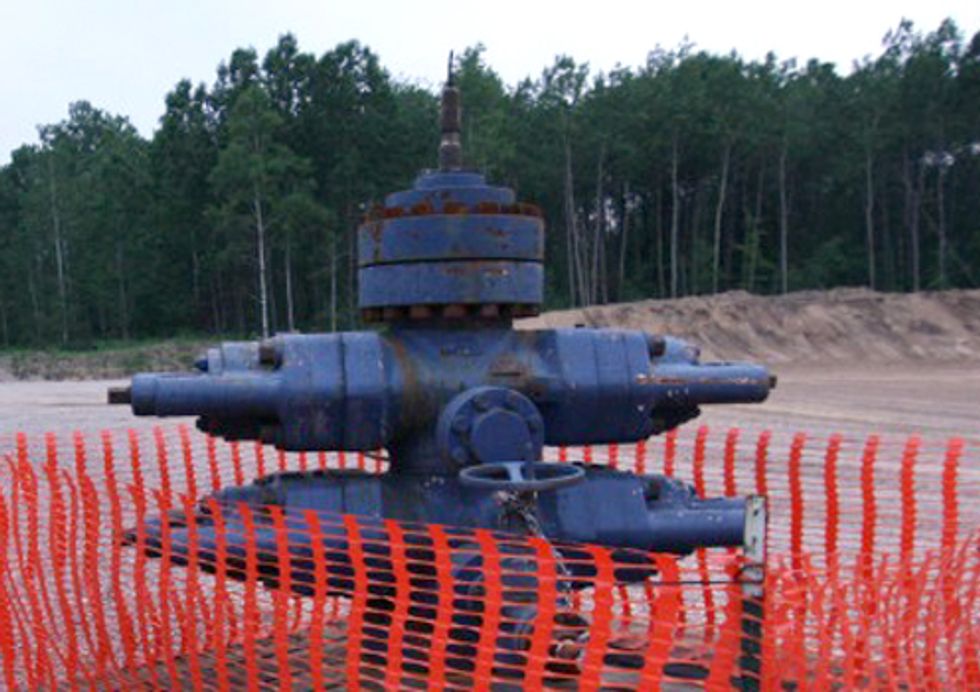 A citizen-led ballot initiative to amend the Michigan state constitution to ban horizontal hydraulic fracturing statewide began this week. The Committee to Ban Fracking in Michigan, a ballot question committee, received approval of its petition from the Board of State Canvassers. The proposed amendment would also ban the storage of wastes from horizontal hydraulic fracturing, preventing Michigan from becoming a frack wasteland. Michigan has more than 1,000 injection wells and more than 12,000 conventional gas and oil wells that could be converted for that purpose.

Michigan is the only state in the nation where citizens are attempting to ban fracking by amendment to a state constitution. Vermont’s legislature passed a ban on fracking on May 4 and with the governor’s approval, became the first state to implement a ban.

The Committee to Ban Fracking in Michigan is required to submit 322,609 valid signatures from Michigan voters by July 9 to the Bureau of Elections, in order to place the proposed amendment on the ballot in November.

“Michigan’s constitution invites citizens to amend it,” said Committee to Ban Fracking in Michigan’s Campaign Director LuAnne Kozma, of Novi, and a co-founder of the nonprofit public interest group Ban Michigan Fracking. “We chose to form a ballot question committee and amend the constitution because we cannot count on our current elected officials to do the right thing. Proposed ‘frack reform’ bills in Lansing are only attempts to regulate and tolerate fracking and put studies in the hands of state regulators. New legislation (HB 5565) introduced last week, touted as a disclosure of frack chemicals bill, contains language that forbids physicians treating frack victims from disclosing the chemicals, even to patients. We knew we had to act to stop the toxic invasion about to devastate our state. We will not recognize Michigan in a few years if we do not ban fracking,” said Kozma.

The citizen effort has the support of Vermont legislators Tony Klein and Peter Peltz who sponsored the Vermont ban bill. “It was clear in Vermont the dangers of fracking to our natural resources. In Vermont our natural resources are our number one priority, so it was not a difficult thing to prohibit fracking forever. It passed overwhelmingly,” said Klein. “We encourage all states, when they have the chance to do so, to ban this dangerous technique.”

New York ban groups also praised the amendment to ban fracking in Michigan. Maura Stephens, a cofounder of the Coalition to Protect New York and other grassroots groups, has been working on fracking issues for five years and will soon publish a book on the subject. "Only massive public resistance to fracking will stop the horrific industrialization of our beautiful states," Stephens said. “This truly is a matter of life and death for your way of life.”

Earlier this month, a Michigan House of Representatives Natural Gas Subcommittee report recommended that the state lease all of its mineral rights, asserting Michigan’s “natural gas renaissance is upon us.”

The state auctioned off mineral rights in 23 Michigan counties on May 8 in Lansing, including the rights under Yankee Springs State Recreation Area (a state park) in Barry County and highly populated areas in Oakland County. Residents attempting to save their communities attended the auction, registered as bidders and tried, but failed, to purchase the mineral rights to the areas around Yankee Springs.

The entire Lower Peninsula now stands to be fracked. Devon Energy is looking at the A-1 carbonate layers in Gladwin County along with other areas in the middle of the state. Encana is drilling the Utica-Collingwood shale in state forests, with several operations in progress and more pending. Densely populated areas such as Ann Arbor, Grand Rapids and Jackson—communities historically not affected by oil/gas drilling within their borders—are now facing the threat.

The Michigan Department of Environmental Quality, which issues frack permits and at the same time, depends on revenue from the production of gas and oil, continues to publicly confuse the facts, claiming that hydraulic fracturing has been done for more than 60 years, while not always informing the public that horizontal hydraulic fracturing is a new, as of 2002, experimental process, often referred to as a marriage of technologies between hydraulic fracturing and horizontal drilling.