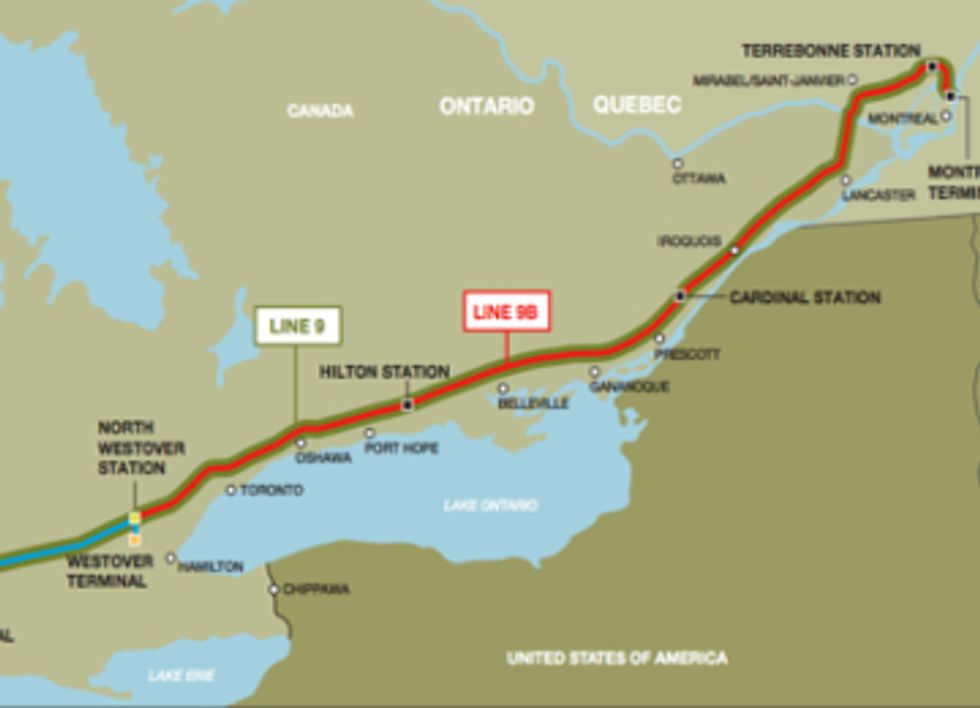 Evidence submitted last week to the National Energy Board (NEB) regarding Enbridge’s application to reverse its Line 9 oil pipeline through Quebec and Ontario raised new concerns about the safety of the project and the high risk of an oil spill.

International pipeline safety expert, Richard Kuprewicz, who has more than 40 years of energy industry experience, has held management positions at pipeline companies and has assisted various parties in major investigations into pipeline ruptures, concluded that:

“This evidence clearly shows what we have been saying for a long time. This project will put the health and the quality of the environment of our communities at risk both in Ontario and Quebec. In light of this, I cannot see how the NEB could approve this reckless project,” said Steven Guilbeault, senior director with Equiterre.

“This is the most damning indictment we’ve seen of Enbridge’s plan, which would saddle Ontario and Quebec with the danger of a tar sands oil spill,” said Adam Scott of Environmental Defence. “The Line 9 proposal should be rejected. Our communities, our drinking water and our shared environment shouldn’t be put at risk.”

In light of Kuprewicz’s findings of a high risk for rupture of Line 9, energy economics experts, Ian Goodman and Brigid Rowan, who recently co-authored an influential study of Keystone XL job impacts, concluded: