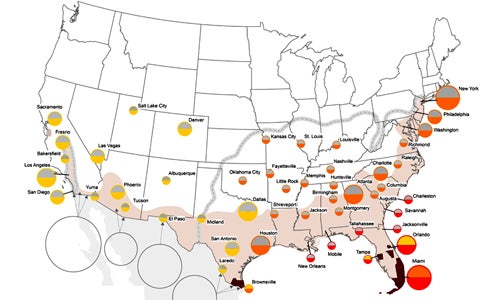 Forecasts for a warmer-than-average summer have scientists concerned about how far the mosquitos that carry Zika virus could spread in the U.S. A new report from the National Center for Atmospheric Research evaluates the risk to 50 U.S. cities from the Aedes aegypti mosquito, which carries Zika. 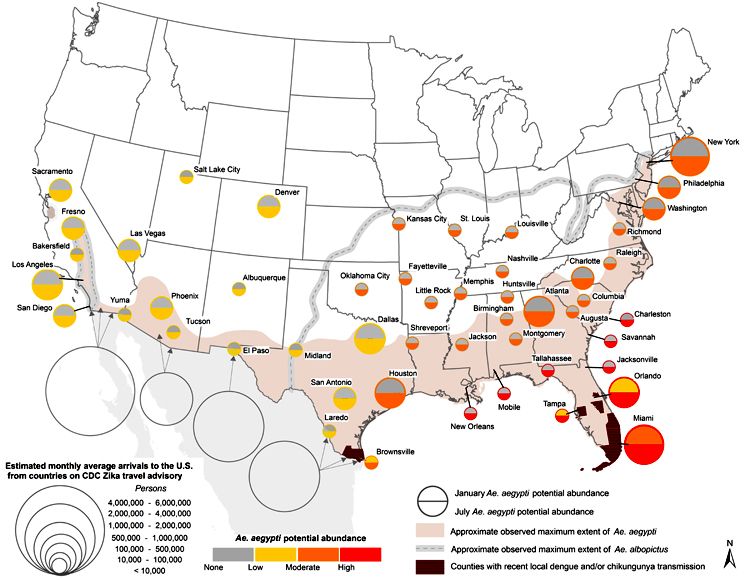 The mosquito flourishes in warm, wet conditions, which more cities than usual may experience this summer due to rising global temperatures. Miami, Orlando, Savannah and Charleston are the highest-risk cities, while New York, Philadelphia and Washington DC are at moderate risk.

Climate change is increasingly creating new uncertainties about the possible spread of mosquito-borne diseases such as the Zika virus, though the Centers for Disease Control and Prevention says a Zika outbreak in the U.S. is highly unlikely.