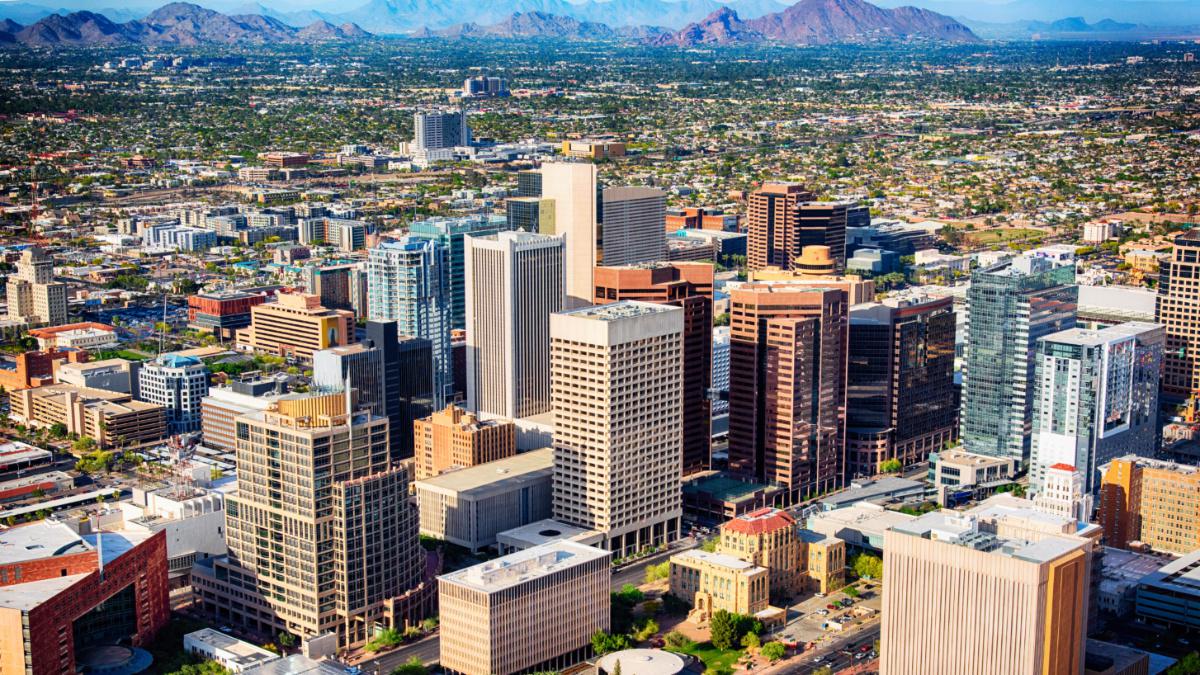 Phoenix, Arizona is a prime example of a city facing heat stress as the climate warms. Art Wager / Getty Images

While cities bear a heavy cost from the climate crisis, they could also lead the way in implementing climate adaptation strategies.

A recent study published by Nature Climate Change found that cities are at a greater risk than suburban and rural areas for heat stress, water scarcity, air pollution and energy insecurity due to their design and population density, Science Daily reported.

Until recently, the ability to predict these future climate scenarios in cities remained unclear.

“Incorporating these types of small-scale variables into climate modeling is crucial for understanding future urban climate,” Lei Zhao, a University of Illinois Urbana Champaign engineer and lead researcher of the study told Science Daily. “However, finding a way to include them in global-scale models poses major resolution, scale and computational challenges.”

The team of researchers from the University of Illinois at Urbana-Champaign and Princeton University approached this “urban-to-global information gap” by combining a broader-scale process that predicts how greenhouse gas emissions impact the global climate and a statistical model that copies a model for urban landscapes, according to Science Daily.

By applying this technique to data from 26 global climate models, the researchers were able to make projections on temperature and humidity changes in cities through the end of the century.

“The model predicts that by the end of this century, average warming across global cities will increase by 1.9 degrees Celsius with intermediate emissions and 4.4 C with high emissions,” Zhao told Science Daily.

“Our findings highlight the critical need for global projections of local urban climates for climate-sensitive urban areas,” Zhao added. “This could give city planners the support they need to encourage solutions such as green infrastructure intervention to reduce urban heat stress on large scales.”

“It was the highest number of heat-associated deaths on record for the county, and the fourth year in a row of record-setting heat deaths there,” The Washington Post reported. “Those numbers are only expected to increase as the climate changes.”

This year, Phoenix recorded its two hottest months in July and August. Building tall structures that trap heat and paving over the natural desert, which absorbs heat, are some of the ways in which the city’s development has made it even hotter, the article stated.

“We talk about climate… as something mysterious and ambiguous that comes from the sky. But it is also something we are driving with the way we are paving our streets,” David Hondula, a sustainability scientist at Arizona State University told The Washington Post. “Urbanization is a critical part of the story.”

The project, a collaboration between The Nature Conservancy, Arizona State University and the Maricopa County Department of Public Health, is designed to “revolutionize urban design by inverting the traditional top-down approach in which city planners dictate design from air-conditioned high-rises, routinely failing low-income areas,” Scientific American reported. “The program — along with a handful of other revitalization projects burgeoning around the country — views locals as experts on their neighborhoods.”

Implementing shade coverings in neighborhoods, returning to traditional adobe building materials and designing courtyards that feature cooling towers are a few ideas being considered, according to Scientific American.

While communities in Phoenix adapt, hotter temperatures are a reality for more than just Arizonans. California, Colorado, Nevada, New Mexico and Utah also recorded their warmest Augusts on record this year, according to NOAA, making adaptation strategies a necessity for a warming country.

“We understand that necessity breeds invention,” Kate Gallego, Phoenix’s mayor, told The Washington Post. “And we hope… that we will produce the innovations that make it possible for people to adapt.”