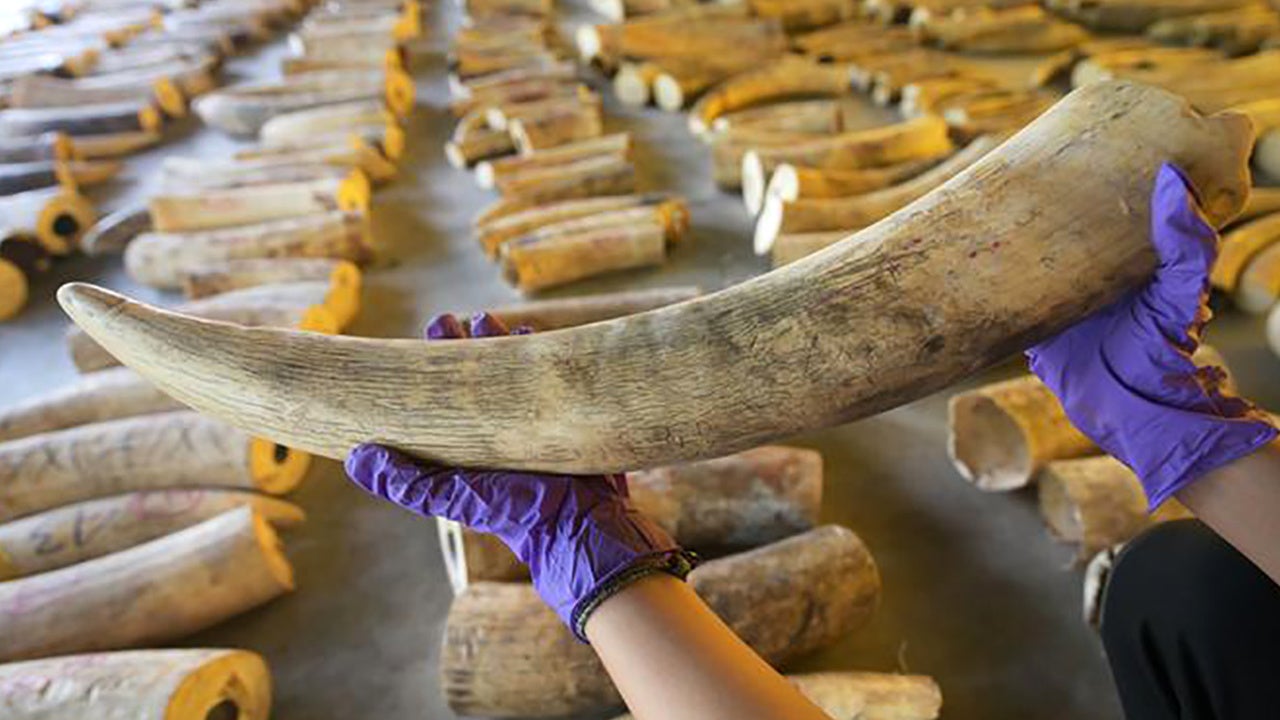 Some 183 nations are set to discuss possibly loosening elephant and ivory exports at the World Wildlife Conference on trade in endangered species, known as CITES, which is meeting in Geneva, Switzerland.

Representatives that signed the 1973 Convention on International Trade in Endangered Species are set to take part in the conference. It opens Saturday and runs through Aug. 28, with key decisions expected in the final two days.

Conservationists have warned of “unprecedented” species declines due to mankind’s exploitation of the planet’s fauna and flora.

“Business as usual is no longer an option,” CITES Secretary General Ivonne Higuero said at the start of the meeting, warning that “nature’s dangerous decline is unprecedented.”

Among the 56 proposals to change, mostly to strengthen, the level of protection among vulnerable or endangered species is one that would loosen restrictions on elephant and ivory exports, a debate that has divided African nations.

Several countries in southern Africa support an end to a ban on ivory and rhino horn exports, saying the animal populations have increased to the point of warranting a rule change. They also argue that hunting and trophy trade is important income for local communities.

Among the backers is Zambia, which has argued that its population of African elephants have stabilized at about 27,000 and wants to allow for ivory stockpile sales as well as exports of hunting trophies, hides and leathers.

However, 10 other countries, all but one of them African, want total protection for elephants from international ivory trade, arguing that a loosening of ivory restrictions could lead to poachers.

Israel has also proposed tougher regulations on the legal trade of mammoth ivory, also known as “ice ivory.” Mammoth ivory trade has become a booming business, and the convention will have to determine whether products from the long-extinct species should be covered by CITES.

Elephant and mammoth tusks are almost indistinguishable to the untrained eye, and illegal traffickers of elephant tusks have tried to pass it off as “ice ivory.”

CITES bans trade in some products entirely, while allowing for the trade of some endangered species provided it doesn’t hurt their populations in the wild. Customs officials around the world who inspect shipments of plants and animals across borders know to watch out for the CITES logo, a seal of approval that the trade of the items are legitimate.