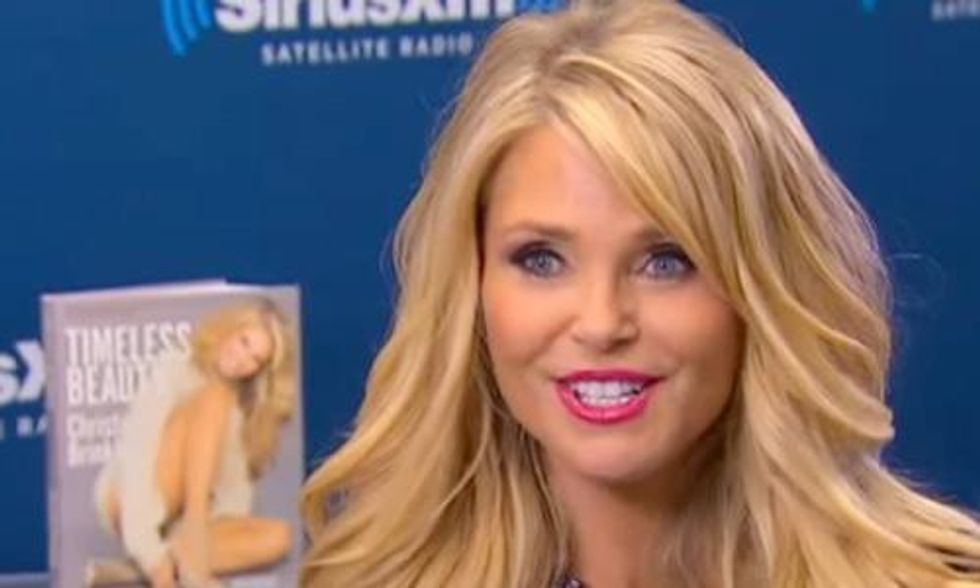 Supermodel Christie Brinkley is speaking up about Monsanto, genetically engineered foods, or GMOs, and the role these controversial crops play in our health.

The 61-year-old's new book, Timeless Beauty, provides insights on living a healthy lifestyle. One topic she's particularly concerned about is food and how Big Food impacts our lives.

"I think there are so many issues with our food industry that are blatantly disrespectful to our planet and us as individuals," Brinkley told FoxBusiness.com.

Brinkley spoke of the threat of monocultures on the honey bee population, in which enormous tracts of a single type of GMO plant such as corn or soy appear to make it hard for pollinators to thrive.

“The bees are suffering right now and without the bees—well, Einstein said when the bees go, the next thing that goes are people,” Brinkley said.

"We were surprised to hear Ms. Brinkley’s comments. Honeybees are essential in agriculture. Monsanto’s own fruit, vegetable, canola and alfalfa seed businesses depend on healthy pollinators to be successful. We have made significant investments in collaborations and research for the betterment of honey bee health. All GMO crops are tested for potential impact on honey bees, as was glyphosate herbicide. These products, when used as intended, do not impact honey bee health."

Monsanto's glyphosate-based herbicide, Roundup, kills every plant except for the genetically modified ("Roundup Ready") plants that are designed to grow right through it. While neonicotinoids are usually pegged as a chief culprit to the country's devastating honey bee decline, scientists have linked the monarch butterfly decline to the near eradication of the milkweed, a critical food source decimated by Monsanto's flagship weedkiller.

Glyphosate formulations have also been linked to a slew of negative human health effects, including cancer. Monsanto denies these allegations.

During Brinkley's interview with FoxBusiness.com, she also made it clear that she's an advocate of GMO-labeling, something that nearly 90 percent of Americans are in favor of.

“What I don’t like about GMOs is that we’re the guinea pigs. The testing—if there’s testing—we’re the ones doing the testing and that is not fair and furthermore it’s not labeled so we don’t know if we’re the ones eating them,” Brinkley said.

“All the time we’re finding various links and I want my food pure and it can be done," Brinkley added. "Monsanto and these giant companies are just taking over and their disrespect for our health and our rights is really maddening."

Brinkley, who is a vegetarian, eats organic food but recognizes that not everyone can afford it.

“The more we all join in and demand organic foods, the better off that we’re going to be because every day they’re linking the chemicals, insecticides, pesticides and herbicides to men becoming sterile and with women it could be linked to the breast cancer epidemic that we’re seeing,” Brinkley said.

Brinkley also suggested other ways we can learn more about what's in our food. "One way that's very easy to get involved is for people to Google Monsanto and read about what's going on," she said.

She urges people to sign online petitions and have discussions about GMO food labeling, and to "make yourself heard so we can clean up the food industry and know what we’re eating."

Brinkley is not the only celebrity involved in the contentious GMO food fight. Musician Neil Young dedicated his entire last album to taking on big corporations like Monsanto.

Does Monsanto’s Glyphosate Cause Cancer?