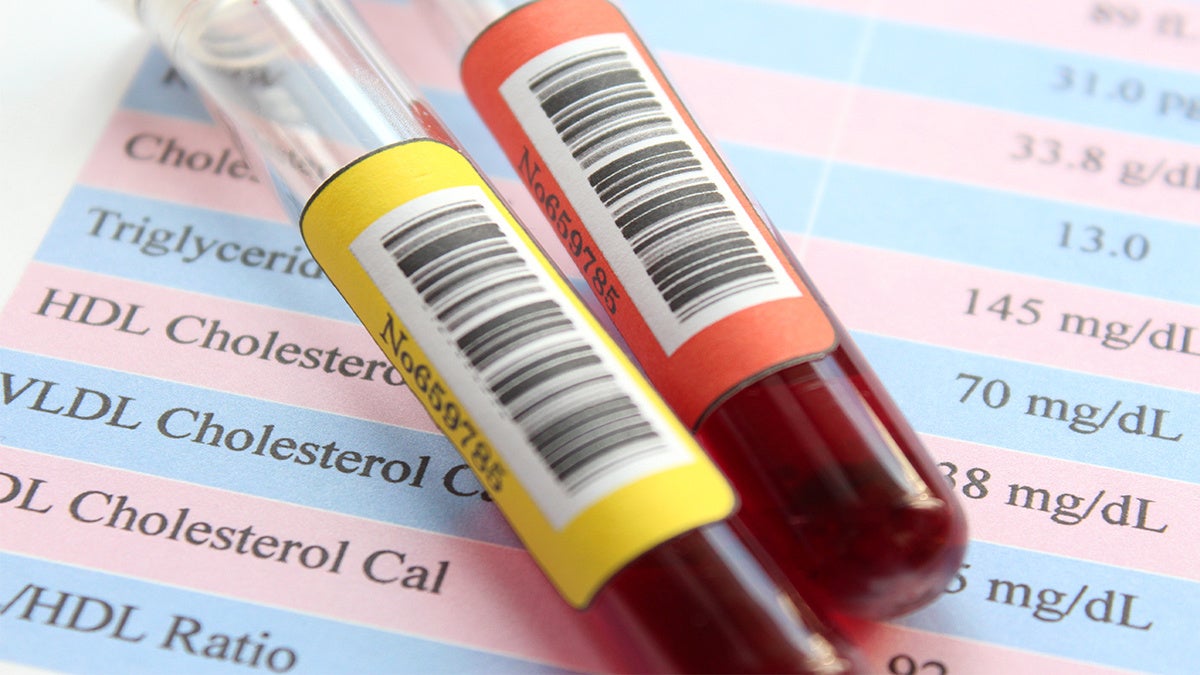 The U.S. Centers for Disease Control and Prevention recommends getting regular cholesterol tests shortly after you turn 20. Ca-ssis / iStock / Getty Images Plus

Many people don’t begin worrying about their cholesterol levels until later in life, but that may be increasing their odds of heart problems in the long term.

A new study, published this week in The Lancet, found that adults with higher levels of cholesterol at age 45 or younger were at a higher risk of heart disease or stroke by age 75 than older adults with similar cholesterol levels, but healthy lifestyle changes could cut that risk.

Cholesterol is a fatty substance found in foods and also produced in the liver. According to BBC News, there are two types of cholesterol: “good” HDL cholesterol that our bodies use to make hormones like testosterone or estrogen and bad “non-HDL” cholesterol, which causes plaque build-up that clogs arteries and is a top risk factor for heart disease.

Heart disease is the leading global cause of death and is responsible for 610,000 deaths per year in the U.S.

For the study, the researchers examined 38 previous studies involving almost 400,000 adults between 30-85 years old from 19 different countries. None of the participants had heart disease at the start of the study and one third were under 45 years old. Each participant’s health was tracked during a median follow-up period of up to 43 years — during which almost 55,000 ended up with either heart disease or had a stroke.

Using this information, the researchers developed a model to determine heart disease risk based on bad cholesterol levels, age, sex and other common risk factors, such as smoking, blood pressure and weight, TIME reported.

Based on the model, the researchers found that a man under 45 with higher bad cholesterol levels and two other risk factors has a 29% chance of heart problems by age 75, while a man at least 60 years old with the same conditions had only a 21 percent chance, CNN reported.

For women with similar characteristics, those under 45 had a 16 percent risk while those 60 and older had a 12 percent risk.

“The increased risk in younger people could be due to the longer exposure to harmful lipids in the blood,” study author Barbara Thorand, a researcher with the German Research Center for Environmental Health, said in a press release.

The researchers suggested that “intervening early and intensively” to lower bad cholesterol could significantly reduce the risk of heart problems down the road: men under 45 who cut their bad cholesterol in half would see their risk drop from 29 percent to just 6 percent, while the odds for younger women could be as low as 4 percent.

The U.S. Centers for Disease Control and Prevention recommends getting regular cholesterol tests shortly after you turn 20.