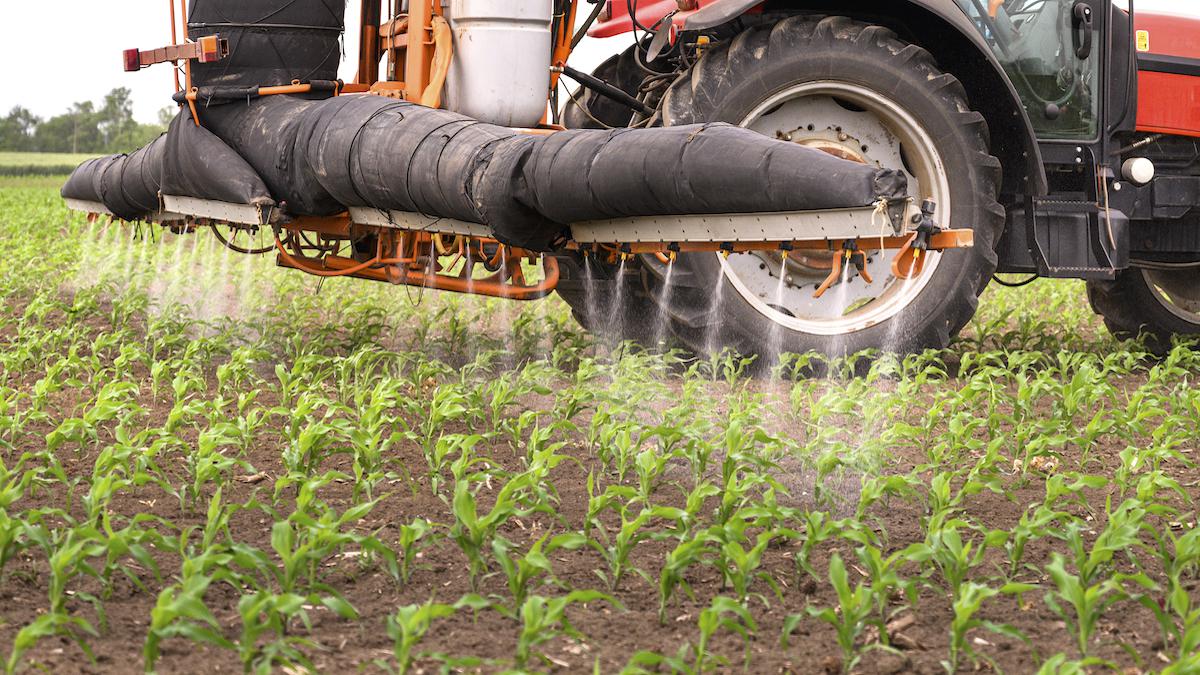 It is widely known that the controversial pesticide chlorpyrifos harms children’s brains, yet despite this, it was not banned on food in the U.S. until August of this year.

A little more than a week later, new science published in Nature Communications revealed the controversial pesticide could be contributing to another public health crisis.

“[I]ts use may contribute to the obesity epidemic,” the study authors concluded.

Why would a pesticide make it harder to lose weight? The new research builds on the recently discovered fact that adult humans have something called brown fat, a McMaster University press release explained. Previously, scientists thought only children and animals had this helpful type of fat.

“Brown fat is the metabolic furnace in our body, burning calories, unlike normal fat that is used to store them,” senior study author Gregory Steinberg, professor of medicine and co-director of the Centre for Metabolism, Obesity, and Diabetes Research at McMaster, said in the release. “This generates heat and prevents calories from being deposited on our bodies as normal white fat. We know brown fat is activated during cold and when we eat.”

This internal calorie-burning process is known as diet-induced thermogenesis. However, if this process is slowed down, the body will store more calories, increasing the risk of obesity.

A growing body of research has linked obesity to exposure to environmental toxins. University of California, Irvine professor Dr. Bruce Blumberg wrote a book in 2018 called The Obesogen Effect arguing that we are exposed to chemicals called obesogens that make it harder for us to lose weight. For example, endocrine disrupting chemicals interrupt the normal functioning of hormones, which are important for gaining or losing weight, as Blumberg explained in a 2018 paper. These chemicals can be present in many parts of our daily lives, including in herbicides, insecticides and fungicides. However, the study authors believe their paper is one of the first to consider how pesticides impact brown fat activity.

To investigate, the scientists tested the impact of chlorpyrifos on mice fed a high-calorie diet. They found that the pesticide did slow diet-induced thermogenesis in the mice, leading to greater obesity, liver disease and insulin resistance. This happens because the pesticide inhibits a protein known as uncoupling protein 1 (UCP1).

While the results have not been confirmed for humans, it seems possible that chlorpyrifos exposure may be one of the reasons some people have a hard time losing weight. In fact, the pesticide would only have to slow brown fat’s efforts by 40 calories burned a day to lead to obesity, Steinberg said in the release, resulting in a weight gain of five pounds per year.

“Lifestyle changes around diet and exercise rarely lead to sustained weight loss,” Steinberg said in the release. “We think part of the problem may be this intrinsic dialing back of the metabolic furnace by chlorpyrifos.”

While chlorpyrifos is banned in Canada, where McMaster is located, and was recently banned on food in the U.S. as well, it is still used in other parts of the world. It is also still permitted for certain uses in the U.S., advocacy group Beyond Pesticides pointed out. These include:

The group is calling on the U.S. Environmental Protection Agency (EPA) to ban all these additional uses of the pesticide, arguing that they could still put children at risk.

Further, Beyond Pesticides Executive Director Jay Feldman told EcoWatch that the 22 years between the residential ban of chlorpyrifos in 1999 and the food ban in 2021 made it the “poster child” for the failure of the existing laws governing pesticide regulation in the U.S.

For Feldman, the new study further emphasizes the weaknesses of U.S. pesticide controls, because the EPA has not considered the growing body of evidence that some pesticides promote obesity.

“It adds to the body of science that the EPA should be considering when it evaluates these chemicals in a more holistic context,” Feldman told EcoWatch.

Currently, pesticides that might end up on food are assessed under the Food Quality Protection Act of 1996, which mandates that the EPA set pesticide levels that can be used with “a reasonable certainty of no harm.” This act was seen as a reform when it was first passed into law, but Feldman said the decades-long delay on the chlorpyrifos ban proves that it is not fit for purpose. In addition, the EPA’s chemical-by-chemical assessment process makes it hard to incorporate the latest science, partly because of a lengthy, 15-year review cycle.

“We don’t know as much as we should to allow the widespread use of these chemicals,” Feldman said.

Feldman recommended that new science should immediately trigger a new review, during which time use of the pesticide in question would be paused. But ultimately, he said the problem lay with the myth, pushed by the chemical industry, that pesticides like chlorpyrifos are necessary to grow food in the first place. Instead of assuming a given pesticide is needed and determining an acceptable level of risk based on that assumption, Feldman said the regulatory process should actually test whether the crop can be grown without chemicals.

“Our message,” Feldman told EcoWatch, is that the country needs “a time of reflection on, ‘How did it take generations to remove this chemical from the environment, and what is wrong with the underlying law that creates this default assumption that these chemicals are needed and their risk should be mitigated when the chemicals need to be eliminated?'”