Why Won’t the EPA Ban This Extremely Toxic Pesticide? 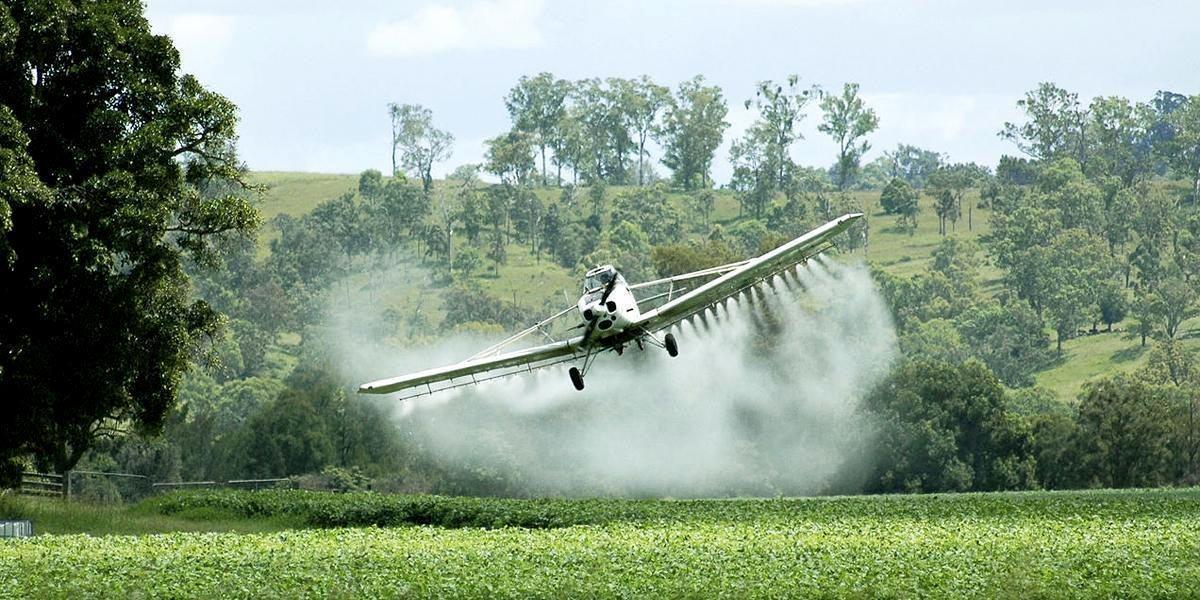 The pesticide industry and Dow Chemical have a new reason to cheer. The rest of us appear to be stuck with chlorpyrifos on our food, at least for the time being.

On March 29, U.S. Environmental Protection Agency (EPA) Administrator Scott Pruitt announced the EPA would reverse a proposed ban on this extremely harmful pesticide and allow it to remain on the market. The move adds to the Trump administration’s growing roster of decisions informed by “alternative facts.” Nearly two decades’ worth of scientific studies—including analyses by Pruitt’s own agency—have documented the numerous risks this bug-killer poses to children and pregnant women.

What’s more, exposure to chlorpyrifos, one of the most widely used insecticides in the U.S., is extremely difficult to avoid. Farmers across the U.S. spray approximately five million pounds of it every year on crops like apples, oranges, broccoli and walnuts―more than one million pounds of it in agriculture-rich California alone.

Part of a family of nerve agents developed during World War II, chlorpyrifos, unsurprisingly, has incredible potential for harm. Research shows that exposure to this pesticide can increase the risk for behavioral issues and serious neurological damage in children, including ADHD, developmental delays and lower IQs. Scientists and doctors consider these neurological effects to be “permanent, irreversible and lifelong.” Studies have also shown that children exposed to chlorpyrifos and other closely related pesticides face greater risk of developing asthma-like symptoms and diminished lung function.

A November 2016 assessment by the Obama EPA emphasized the health threats and, for the first time, highlighted the extent to which children and pregnant women are vulnerable to them. The agency found unsafe levels of chlorpyrifos residue lurking on some of our favorite fruits, vegetables and nuts—even after they were washed, peeled or cracked. And food isn’t the only way people are exposed. Many farmworkers and families who live in agricultural communities also encounter the pesticide in the air they breathe and the water they drink.

The dangers of chlorpyrifos were evident long before last year’s analysis—so evident that, as a result of pressure from the Natural Resources Defense Council (NRDC), the EPA decided to ban the chemical for household use in 2000 (in pest-control products). But scientists and health experts remained concerned about its other uses. That’s why, in 2007, NRDC and Pesticide Action Network petitioned the EPA to finish the job by also banning agricultural applications.

“After we achieved better protections for kids in the home, we were still concerned that chlorpyrifos sprayed on crops was poisoning agricultural communities, farmworkers and their families and contaminating fruits and vegetables,” NRDC staff scientist Veena Singla said. According to an April 2014 report by the California Department of Public Health, farms spray toxic pesticides within a quarter mile of more than 430 schools in California’s Central Valley. And the EPA’s 2016 assessment found that air contamination in California’s agricultural areas puts pregnant women at risk—levels of chlorpyrifos measured in the air in one town were found to be 44 times higher than what’s deemed acceptable. These impacts disproportionately endanger communities of color. Latino children are almost two times more likely than white children to attend schools near fields with the heaviest pesticide use. Latinos also make up the majority of residents living in homes adjacent to sprayed fields.

Finally, in response to the indisputable facts presented by scientists and health advocates highlighting the risk to children from chlorpyrifos, the Obama EPA proposed a total ban in October 2015 and affirmed the need for the ban last November. Unfortunately, faced with a court-mandated deadline for a decision by March 31, Pruitt chose to deny his agency’s own scientific conclusions, giving a boost to Dow Chemical (the maker of chlorpyrifos) and the pesticide industry at the expense of kids across the country.

“This is yet another example of EPA Administrator Pruitt’s willingness to go against the scientific conclusions of the agency’s own staff and sacrifice children’s health for industry profits,” said Miriam Rotkin-Ellman, a senior scientist in NRDC’s health and environment program. “It’s very similar to what we’ve already seen out of Pruitt’s office on climate and water protections. His claims of the need for more study are unfounded.”

And it turns out that what Pruitt did—reverse a proposed ban without providing new scientific evidence that chlorpyrifos can be safely used in agriculture—is unlawful. So NRDC, Pesticide Action Network and Earthjustice are taking the EPA administrator to court. “They actually didn’t make a decision as the court directed them to do repeatedly; they just kicked the can down the road another five years,” Rotkin-Ellman explained. “EPA proposed the ban because chlorpyrifos is putting kids at risk, the administrator has offered no science to show that this dangerous pesticide is safe, and so EPA must implement the ban.”

As we wait for federal action, parents of small children or those with kids on the way, can protect their families by purchasing organic fruits and vegetables as much as possible. Chlorpyrifos and related toxic pesticides are prohibited on organic produce.

Fortunately, the EPA is not the only option. NRDC, as part of the Californians for Pesticide Reform coalition, is asking Gov. Jerry Brown to step in, follow the science, and implement a ban on chlorpyrifos use within the state to protect both Californians and those who eat California produce. The American people shouldn’t have to stand for “alternative science” that puts our health at stake.