Chloe & Theo: A Movie That Will Change the Way You Look at the World 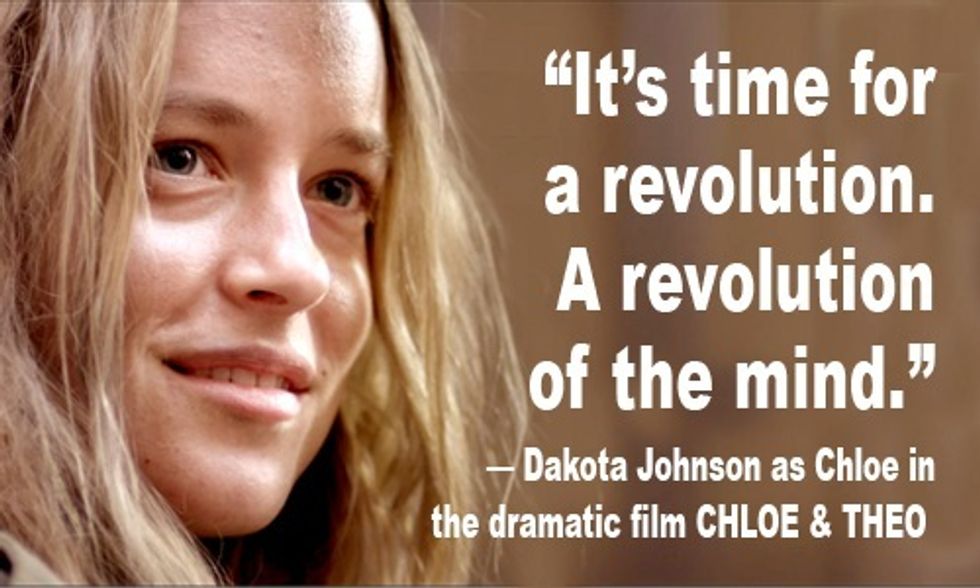 Have you ever wanted to meet someone that changes the way you look at the world? Now is your chance. "Chloe & Theo" featuring "50 Shades of Grey" star Dakota Johnson, Mira Sorvino and Theo Ikummaq hits select theaters Sept. 4 and will be available on video on demand.

"Chloe & Theo" tells the story of Theo, an Inuit from the Arctic, who travels from “the top of the Earth” to New York City with an important message for world leaders about the catastrophic impact climate change is having on his home. Upon arrival, he meets a fiery and fearless homeless girl Chloe and together they embark on an odyssey to save the world.

This film was championed by first-time producer Monica Ord. Neither a climate scientist nor a filmmaker, Ord has spent nearly two decades in the life sciences industry. She heard Ikummaq's true life tale from a friend, producer Lloyd Phillips, who challenged her to do something about it.

She was so deeply moved by what he told her, that within months, after enlisting the help of Sir Richard Branson, Ord found herself with Inuit elders on a dog-sled expedition in the Arctic to bear witness firsthand to the profound changes that climate change was having on Ikummaq's homeland. It was there on the ice that the idea for this feature film was born.

After returning home to California, Ord quickly enlisted the help of an army of visionaries—including James Cameron, Sir Branson, John Paul DeJoria, scriptwriter and director Ezna Sands and actors Dakota Johnson and Mira Sorvino—with just one hope in mind ... to get Ikummaq's message out in an entertaining feature that would move people to action.

“What’s happening in the Arctic, to Theo’s people, and many indigenous groups on this planet is real,” said Ord. “Nothing is going to change until we care enough to feel their suffering as if it's our own. If this little film can help move the needle to reach people's hearts and minds, I will be eternally grateful."

This very powerful, heartwarming and entertaining story will inspire audiences everywhere. "Chloe & Theo" not only raises awareness on the impacts of climate change, but underlines the need to care for one another and diminish the power consumerism has on our lives.

“This film has a strong environmental theme, but it has a much stronger humanitarian message,” said writer and director Ezna Sands. “It’s about how we regard one another. Recognizing that we’re all connected.”

“Climate change is affecting the most remote communities,” said Sir Branson, who traveled to Ikummaq’s home Igloolik with Ord to witness the changes prior to the movies conception. “Witnessing the impact of global warming on the Arctic and the Inuit people confirmed in my heart that each of us is deeply connected to people in remote corners of the world.”

DeJoria agrees. "Chloe & Theo exposes where the world is today and why each of us need to make changes … for our generation … but most importantly for the next."