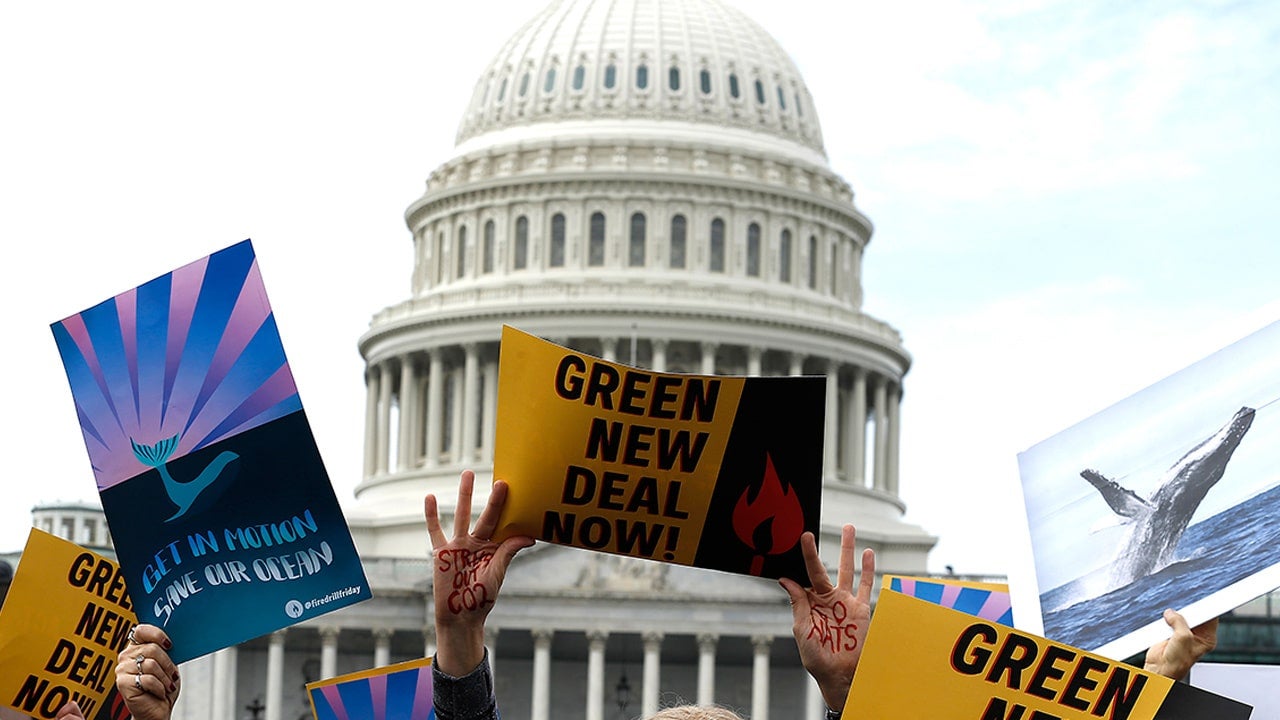 The results of the U.S. Senate race this week in Maine — won by four-term Republican Sen. Susan Collins after Democrats poured $50 million into challenger Sara Gideon’s campaign — may have given the impression that a Trumpian right-wing agenda has an iron grip on the state’s more conservative rural voters, but the victory of Democratic state Rep. Chloe Maxmin, a progressive champion who ran on the promise of a Green New Deal and offering a “politics as public service” in a strong GOP district, tells a much different story.

Two years after winning a seat in the state House of Representatives, representing conservative, rural District 88, Maxmin secured a win in her challenge to state Senate Republican Leader Dana Dow. As in her first campaign for elected office, Maxmin won over voters in state Senate District 13 — where residents chose Collins over Gideon — by engaging deeply with her community and offering a platform focused on climate action, investing in universal broadband access, and treating healthcare as a human right.

Maxmin’s campaign was focused on providing help to people in a part of Maine where many feel disillusioned by politics and neglected by leaders in the state legislature and Washington, D.C. — but her energy was spent less on convincing voters to back a progressive agenda and more on giving them a platform to talk about their own experiences.

“When I talk to folks, I mostly listen, I don’t show up and talk about myself,” Maxmin told Common Dreams on Thursday. “I really try and listen and make sure that the voices that I hear are reflected in our campaign … The work that we do on our side is to really think about campaigns differently, because we see them as one of the primary ways that we can start building a new type of politics. So we didn’t use any party consultants. We designed all of our mailers, palm cards, postcards ourselves. We’re all about authentic conversation and just had dozens and dozens of volunteers writing postcards or having conversations with voters and using the same style of just listening, and not going around saying, ‘You should vote for Chloe because of this,’ but trying to understand where people are at.”

“My sense is that people really saw that we were doing it differently and that I could be in office differently, too,” she added.

When the COVID-19 pandemic hit earlier this year, the Maxmin campaign further stepped up its commitment to engaging directly with voters, enlisting 200 volunteers to check on voters’ wellbeing.

“Maxmin called upon her volunteers to reach out to every senior in her district and her network of campaign volunteers provided food, assistance with prescription drugs and identified transpiration needs,” Marie Follayttar, director of the progressive grassroots group Mainers for Accountable Leadership, told Common Dreams. “Chloe is both a community organizer and an elected official. Not only is Chloe willing to listen to the people where they are — at their dinner table or at their door — she is demonstrably responsive to their needs and leverages the organizing structure of her campaign to assist her in accomplishing mutual aid work.”

Other Democratic campaigns in the state, Follayttar noted, “could have done this as well. We transform lives by being present in them and building community to support one another. We move into legislative action by turning the concerns heard at the door into legislation.”

Maxmin, who introduced the state’s Green New Deal in 2019, with the notable backing of the state AFL-CIO, and co-founded the fossil fuel divestment campaign Divest Harvard while in college, won applause from national climate action campaigners at 350.org and Friends of the Earth.

Congrats to progressive champion (and Friends of the Earth board member) Chloe Maxmin! https://t.co/qKVceZQAfu

“Just seeing the amazing news that Chloe Maxmin — who was a young leader of Divest Harvard — has won a seat in the Maine State Senate!” exclaimed Thelma Young-Lutunatabua, an organizer with 350.org, on Wednesday. “Youth of the climate movement gaining political office!”

Maxmin’s tactic of engaging authentically with voters in reminiscent of “deep canvassing,” a method of campaigning used by the national grassroots network People’s Action and found to be 102 times more effective at winning over undecided voters than a typical brief interaction during a door-knocking or phone-banking campaign.

“Deep canvassing differs from traditional campaign tactics because it relies on soul,” People’s Action Director George Goehl told Common Dreams. “In a deep canvass conversation, you break down your walls and the canvasser and voter really connect with one another. This is the kind of organizing that changes hearts and minds.”

Maxmin told Common Dreams that her campaign led her to “thousands” of similar interactions.

“I had thousands of conversations with people,” she said. “And it’s so interesting when you have that kind of breadth to your exposure of humanity, just the themes that you hear. And it was really, really consistent—rarely hearing direct issues, mostly hearing about how people are so frustrated with everyone and everything on both sides and just hating the negative campaigning.”

Mike Tipping of Maine People’s Alliance, an affiliate of People’s Action, credited Maxmin’s ability to connect with voters across party lines, stressing that Maxmin ran a campaign she defined as “bipartisan” rather than “progressive” because issues that matter to voters in her rural district are important to people of all political beliefs.

“These are universal progressive values,” Tipping told Common Dreams. “Too often we talk about these things in a partisan lens, but overwhelmingly people believe we need to tax the wealthy, that we need to raise the minimum wage, that we need sick days, paid family leave, healthcare access that’s real, that everyone can see a doctor when they need to. Those are not limited to a party. And when you build a multi-race, multi-class coalition like Chloe did … That’s how you win in those places.”

In “Rural Runner,” a short film by Forest Woodward about Maxmin and her campaign manager, Canyon Woodward, Maxmin is seen knocking on doors in rural Maine, talking to voters about how their lives could be impacted by a Green New Deal for the state and other progressive legislation.

“Every year we keep electing the same kind of folks,” she says in the film. “They tell us the same things, they act the same way, we elect them, they get into the state House, and they break the same promises and we’re left with the same disillusionment that we had before.”