British Chips Now One Inch Shorter Due to Climate Change 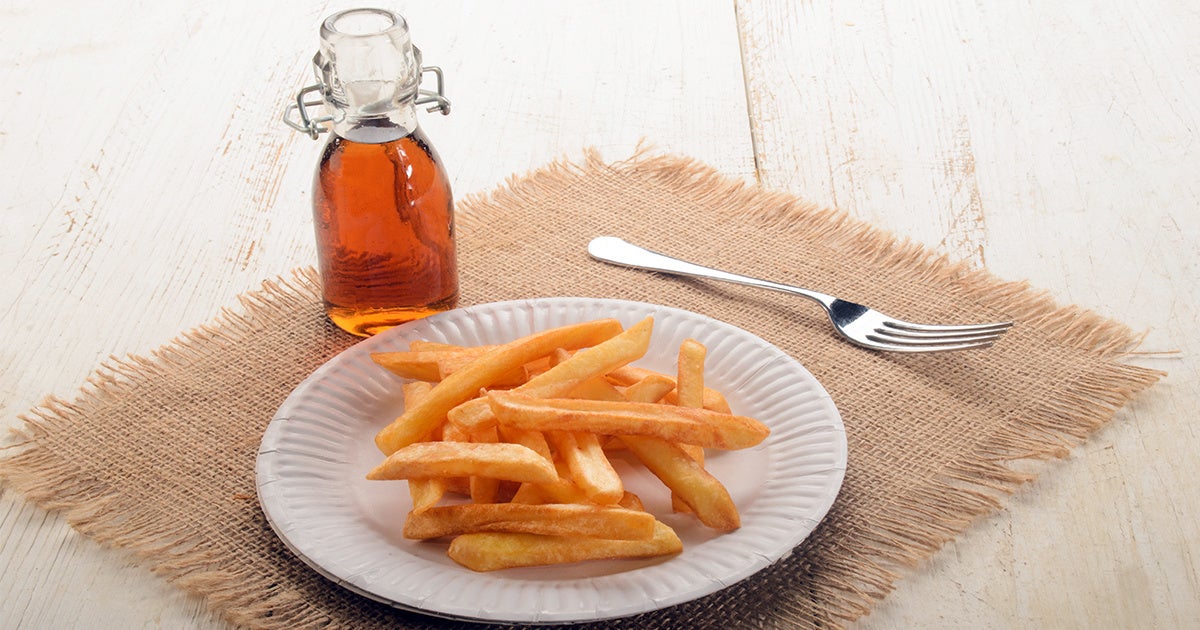 One of Britain’s favorite snacks is now an inch shorter, and climate change is to blame.

That’s because the UK’s 2018 summer heat wave, which the Met Office said was made 30 times more likely by climate change, led to a harvest of smaller potatoes. Smaller potatoes also means shorter chips, one of the UK’s most beloved pub foods.

The finding is one of many recounted in Recipe for Disaster, a new report from the Climate Coalition that looks at the impact of climate change on Britain’s fruits and vegetables. In addition to the 2018 heat wave, growers were also impacted by snow and freezing temperatures earlier in the year.

BREAKING: report shows the British-grown fruits and vegetables we love are under threat due to the extreme and unpredictable weather events we’re starting to see, made more frequent by #climatechange 🍅 #ShowTheLove 💚https://t.co/YXwTNxBGxf pic.twitter.com/FnaqVlssK4

“This year made it seem like an impossible job,” co-founder of vegetable growing and delivery service The Natural Veg Men Matt Smee said in the report. “It’s really hard work growing fruit and vegetables, but erratic and extreme weather pushes you over the edge. I’d be devastated if I had to deal with this year again.”

The report had even more dire warnings for the future of the UK’s potato crop. Currently, 80 percent of the country’s potatoes are grown within its borders, but climate change could make 75 percent of the land they are now grown on unfavorable to the tuber by 2050.

“It should be unthinkable to us that the humble spud could become a delicacy,” Gareth Redmond-King of the World Wildlife Fund, which is part of the Climate Coalition, said, as The Guardian reported. “But the unthinkable becomes reality if climate change isn’t tackled.”

However, the report said there was hope, as farmers, retailers and the UK public have all expressed willingness to work to reduce emissions from agriculture and work towards more sustainable food production. For example, the National Farmers’ Union pledged in January to reach net zero greenhouse gas emissions by 2040 at the latest.

“The challenge for everyone—and not just the food and farming sector—is to work to reduce climate emissions to help protect [what] we love for future generations,” the report said.