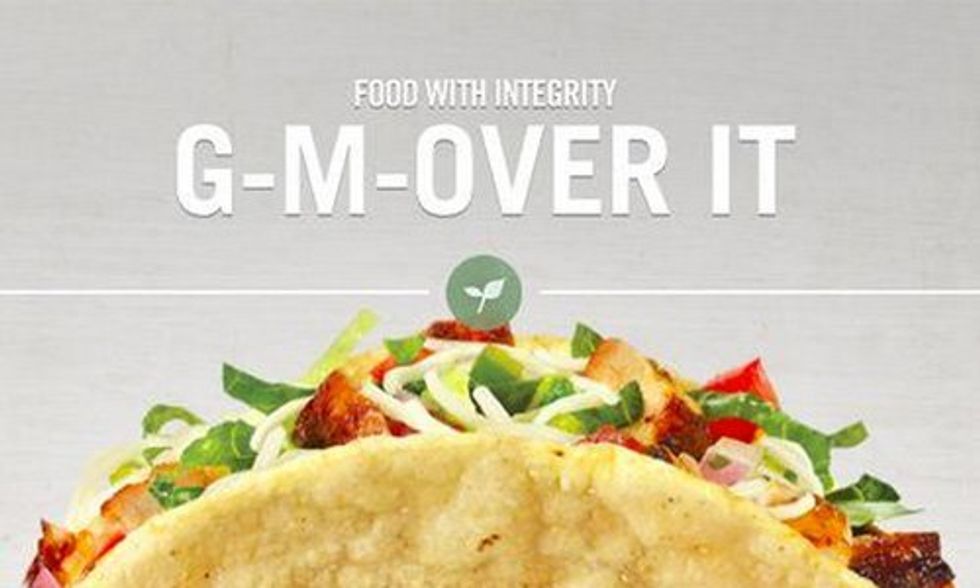 Since when do the mainstream news media, in a country that worships at the altar of capitalism and the free market, launch a coordinated attack against a company for selling a product consumers want? When that company dares to cross the powerful biotech industry. How else to explain the unprecedented negative coverage of Chipotle, merely because the successful restaurant chain will eliminate genetically modified foods (GMOs)?

The biotech industry has a long history of discrediting scientists who challenge the safety of GMOs. That intimidation campaign worked well until consumers connected the dots between GMO foods (and the toxic chemicals used to grow them) and health concerns. Once consumers demanded labels on GMO foods, the biotech industry responded with a multimillion dollar public relations campaign.

Yet despite spending millions to influence the media, and millions more to prevent laws requiring labels on products the industry claims are safe, Monsanto has lost the hearts and minds of consumers. The latest polls show that 93 percent of Americans support mandatory labeling of GMO foods.

Chipotle has made a sound business decision, which has forced the biotech industry to stoop to a new low: vilifying businesses. Sadly, the mainstream media appear all too happy (manipulated?) to go along with the attack.

Only in the U.S. does the biotech industry wield such power, which is arguably having a negative effect on the free market. Take McDonald's. In the U.S., the fast-food chain is in trouble. In Britain (and other countries), where McDonald's is GMO-free, it is profitable.

In March, 17 leading cancer researchers concluded that glyphosate, the key ingredient in Monsanto's Roundup, widely used on GMO crops, is a "probable" carcinogen. In 1985, Environmental Protection Agency scientists drew the same conclusion. According to hundreds of scientists worldwide, there is no consensus on the safety of GMO foods.

A growing number of consumers don't want GMO foods. Chipotle is responding to that demand. Biotech's attack on Chipotle is an act of desperation. The mainstream media's complicity is a failure of the institution of journalism.

Bill Nye: Climate Change Is the ‘Most Serious Environmental Crisis in Human History’