Nearly All Chinook Salmon in ​Sacramento River Expected to Be Killed by Extreme Heat, Water Mismanagement 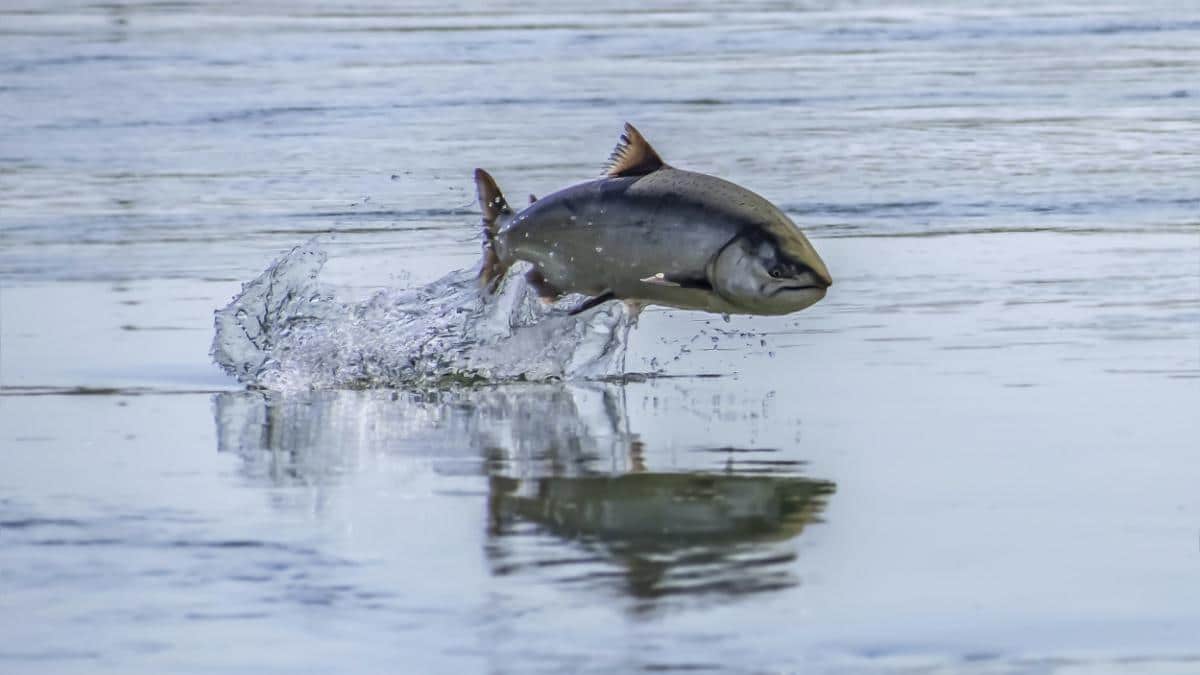 A chinook salmon jumps in the Sacramento River in California. Supercaliphotolistic / iStock / Getty Images Plus

“It’s an extreme set of cascading climate events pushing us into this crisis situation,” California Dept. of Fish and Wildlife spokesperson Jordan Traverso told reporters. Salmon need river water at or below 56°F to fully develop (which, in a human context, is so dangerously cold it can inhibit your ability to control your breathing).

Low river levels caused by drought mean the water heats and evaporates faster, which lowers, and thus further warms the water in a vicious cycle. The salmon die-offs have increased due to diversions from the Shasta Reservoir, which was formed by damming the Sacramento River in the 1940s, to the agriculture industry across the Central Valley, itself parched by the climate-fueled megadrought.

To combat the poor river conditions in the Central Valley, some fish preservation organizations have tried to save the salmon population by launching large scale trucking operations to transport millions of salmon to the San Pablo Bay, San Francisco Bay and other fish farms where they are more likely to survive, Traverso said.

The CDFW announced Tuesday that it had successfully relocated 1.1 million juvenile salmon from the Klamath River in northern California, where conditions are similarly extreme.While relocating salmon is an option, there are better alternatives than the high-priced trucking process, a spokesperson for the Golden State Salmon Association said.

John McManus, president of the association, said dam operators could hold on to more water to keep the fish alive, but that would require contracts to be modified between the operators and their federal and state partners who supply water to cities and farmers.

A warmer California recently prompted Gov. Gavin Newsom to call on voluntarily reductions of water use by 15% to protect reserves and to help maintain critical flows for fish and other wildlife.”We could lose salmon here in California if we continue with business as usual and the climate continues to warm,” McManus said. “There’s a very real possibility we could lose salmon forever here.”