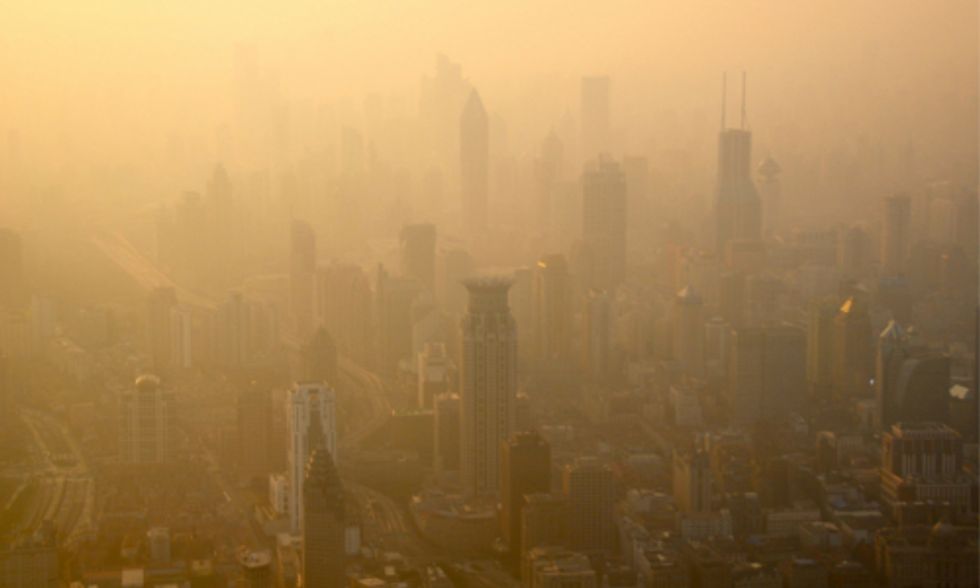 For Chinese citizens worried about smog, which has been blanketing major cities and smashing air pollution records recently, China's state media has some advice: look on the bright side.

State broadcaster CCTV and a Communist Party tabloid, Global Times, yesterday published editorials attempting to put a positive spin on China's air pollution crisis. The state-run outlets said smog has military benefits because it can interfere with the guidance systems of foreign missiles, as well as personal benefits such as bolstering Chinese citizens' sense of humor, making them more united, more sober, better informed and more equal because smog "affected the lungs of both rich and poor," The Telegraph reports.

Internet commenters and other media outlets, including several state-run publications, were outraged. "Is the smog supposed to lift if we laugh about it?" asked the official publication Beijing Business Today. The state-run Xinhua news agency also wrote that it was "totally inappropriate" to make light of air pollution, Reuters reports.

The situation was so that Shanghai officials ordered children and the elderly to stay indoors. Photo credit: Greenpeace

China's leaders are anxious to quell any unrest potentially spurred by pollution concerns as affluent urban populations grow increasingly intolerant of the country's growth-at-all-costs economic model. The pro-smog pieces have both been deleted from the publications' websites.

Visit EcoWatch’s ENERGY and HEALTH pages for more related news on this topic.