China’s Toxic School Just the Tip of the Iceberg 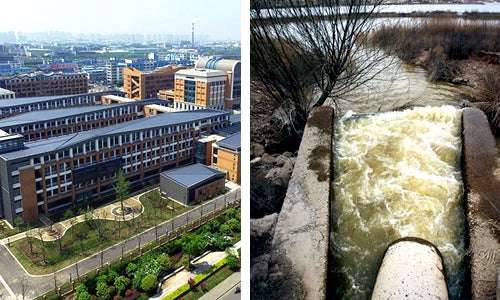 China woke up to disturbing headlines on the morning of April 18: Nearly 500 children at a middle school in Jiangsu province had fallen sick, with illnesses ranging from bronchitis and eczema, to abnormalities in their blood and thyroid and in a few chilling cases, leukemia. The cause was highly suspected to be due to the fact that their new school campus was adjacent to the sites of three former chemical plants. 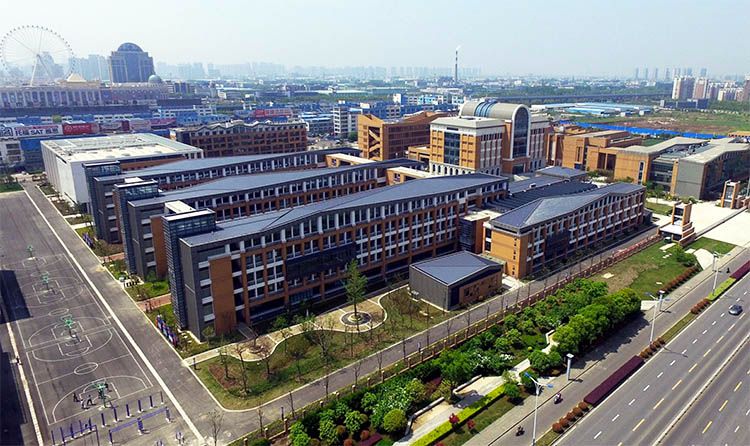 The news caused an uproar in China and hit headlines overseas. The story was shocking, but as details emerged, so did an all too familiar story. The soil and groundwater surrounding Changzhou Foreign Languages School was polluted with a highly toxic cocktail of industrial chemicals. Levels of Chlorobenzene, a toxic solvent that has been linked to liver and kidney problems, measured at close to 100,000 times what is considered safe.

This is far from an isolated case: Five days after the Changzhou incident was exposed, a chemical factory in the same province was ordered to shut down operations after 20 students fell sick; on the same day, a chemical blaze at a storage facility at the Yangtze River raged for 16 hours. One 26 year old firefighter lost his life and 15,000 nearby residents, not to mention valuable drinking resources, have been left at risk of potential contamination.

For years, people in China’s densely populated east coast have been living in close quarters with polluting industries, especially chemical facilities. We’ve seen the impact that this has had on our air quality, but it’s also having a devastating effect on our soil and water supplies.

Following Changzhou, we investigated other potential “toxic” sites. In Jiangsu alone, we discovered four other sites that had previously housed chemical factories in close proximity to schools, residential areas and office buildings.

Prevention is Better Than Cure

Under China’s current chemicals management system, “toxic” sites like the Changzhou Foreign Languages school are ubiquitous and as China’s chemical industry transitions, they are likely to increase.

China’s chemicals management system needs nothing short of a complete overhaul and the first step is transparency.

China has one of the biggest chemicals industries in the world, but it lacks the stringent regulations seen in other countries like the EU and U.S.

Policy makers and chemical companies need to adopt the international practice of having a public database to track the release and transfer of chemicals, such as OECD’s PRTR system. Making this information publicly available will not only allow local authorities to make targeted efforts to protect public health from toxic chemicals, but in the case of an emergency, the firefighters and emergency responders will know exactly what they’re dealing with.

It will also provide the public with the right to know if they are living next door to a potentially dangerous toxic chemical storage facility.

What happened at Changzhou Foreign Languages school was an alarm bell, exposing the dangerous gaps in China’s chemicals management system. Introducing transparency into the system can put measures in place to ensure that incidents like Changzhou go from a routine occurrence to a relic of the past.

Cheng Qian is a toxics campaigner for Greenpeace East Asia.