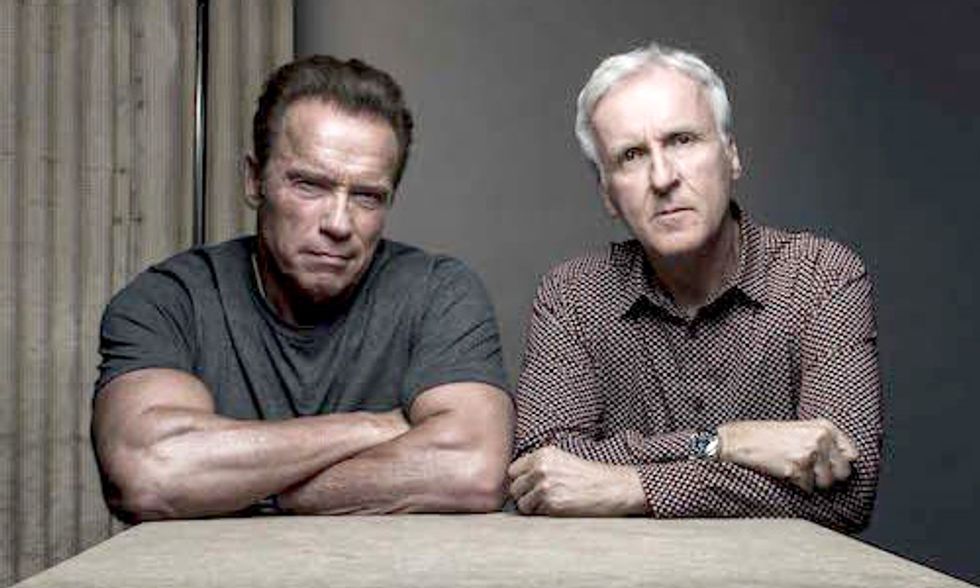 Arnold Schwarzenegger and James Cameron on set to film a new PSA for WildAid's 5 To Do Today campaign. Photo credit: Vern Evans

A series of billboards and advertisements featuring the celebrities will run in China to encourage its citizens to eat less meat.

If the guidelines are followed, carbon dioxide emissions from animal agriculture could be reduced by 1bn tons by 2030.

“China’s move to cut meat consumption in half would not only have a huge impact on public health, it is also a massive leadership step towards drastically reducing carbon emissions and reaching the goals set out in the Paris agreement,” James Cameron told the Telegraph.

For a deeper dive: Guardian, Telegraph

WHO: Coffee Does Not Cause Cancer