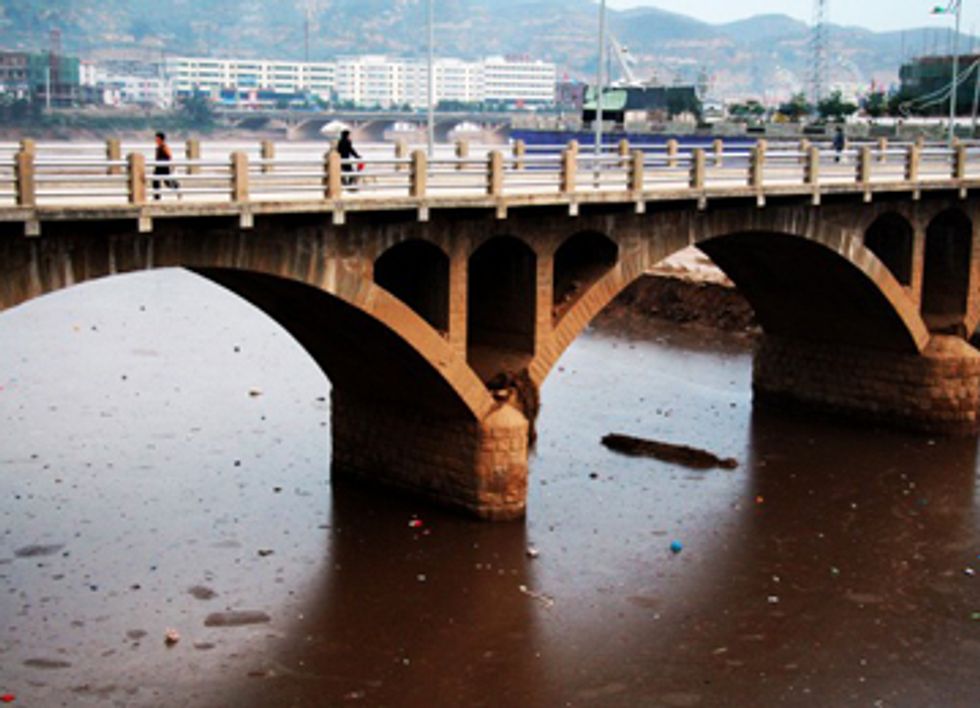 The Chinese government has just announced its work plan to manage and clean up contaminated groundwater in North China Plains, a region where many are completely dependent on groundwater for drinking water.

Eighteen percent of water use in China is groundwater. Unfortunately, the report indicates this groundwater is highly contaminated with pesticides, fertilizers and irrigation waste water from agricultural expansion, as well as petrochemical industry wastewater, and domestic and industrial waste. Considering 400 of the approximately 655 cities in China are completely reliant on groundwater for drinking, the plan could not come sooner.

Likely though, “It will be very expensive to clean up, if it is even possible,” said Sun Ge, PhD, research hydrologist of the U.S. Department of Agriculture’s Forest Service Southern Research Station. Many of the chemicals are extremely persistent, remaining in the environment years after they were released.

The plan marks progress made after a massive government investigation launched in 2006, which found that groundwater of the North China Plains, home to nearly 130 million people, was almost irreparably contaminated. After six years of investigation and a year of planning, the Chinese Ministry of Land and Resources has finally announced its work plan to manage and clean up contaminated waters.

While the results of the 2006 survey have not been made public, the government has acknowledged that water contamination levels are quite serious. Previous data released by the Land Ministry revealed that 41 percent of the groundwater monitoring sites across the country had poor water quality, including 4,929 monitoring sites spread out over 198 administrative regions. Iron, manganese, fluoride, nitrites, nitrates, ammonium and heavy metals were just some of the contaminants found, with some of them reaching levels above state safety levels.

The report builds on academic research conducted by Zhang Zhaoji, PhD, a hydrogeologist at the Chinese Academy of Geological Sciences’ Institute of Hydrology and Environmental Geology in Hebei and project leader for the 2006 survey. Published in the Journal of Jilin University, the results indicated that 35.5 percent of shallow groundwater samples were contaminated by human activities.

The levels of water pollution are “not a surprise, as China is under rapid urbanization and industrialization that bring problems of water pollution for both surface and groundwater,” said Dr. Ge to the journal Nature. Regardless, the effects are already being seen in China. This summer agricultural runoff caused the largest algal bloom ever recorded in China, which has grown twice the size from the previous record years’ bloom. Additionally, fluoride exposure caused almost 38.8 million recorded cases of tooth-enamel damage and 2.84 million cases of bone disease. Humans are exposed to a wide range of fluoride-based compounds from agricultural sources, many of which leach into the groundwater or run off into local streams. While fluoride is often added to water sources to protect from tooth decay, it is also found in almost 150 fluoridated pesticide products. Three of the most widely used herbicides include triflualin, flumeturon, and benefin. Others include sodium fluoride, used as a rodenticide and insecticide; superphosphate fertilizer, used as a fertilizer and animal feed supplement, which contains up to five percent fluoride); and cryolite, used in fruit and vegetable crops against leaf eating pests but as an aluminofluoride ion.

Although it is difficult to directly link fluoride exposure from water contamination as the primary cause of fluoride-related ailments, undoubtedly, “These diseases are closely related to environ­mental and geological factors [and are] especially associated with contaminated groundwater,” says Yang Linsheng, PhD, director of the Department of Environmental Geography and Health at the Institute of Geographic Sciences and Natural Resources Research.

The government work plan states that it intends to divide the North China Plain into 30 units for pollution prevention and control, while simultaneously ranking each by severity levels, from serious to good. The journal Nature reports that they will also commit almost 500 million renminbi (U.S. $81 million) between 2013 and 2020 to increase water pollution assessments, limit agricultural water pollution and point source pollution from industry and landfill, treat polluted waters and conduct further water clean-up research. As of now, details of the plan are unavailable to the public.

However, the plan is expected to be a boon for the environment, requiring a harsher approval process for new industry products and stricter regulations for industrial and agricultural wastes. Last week, Chinese authorities announced that courts were now able to hand down the death penalty in cases of serious pollution.

WHAT WILL IT TAKE FOR THE U.S. TO CLEAN UP ITS WATER SUPPLY? COMMENT BELOW:

WHAT WILL IT TAKE FOR THE U.S. TO CLEAN UP OUR WATER SUPPLY? COMMENT BELOW: