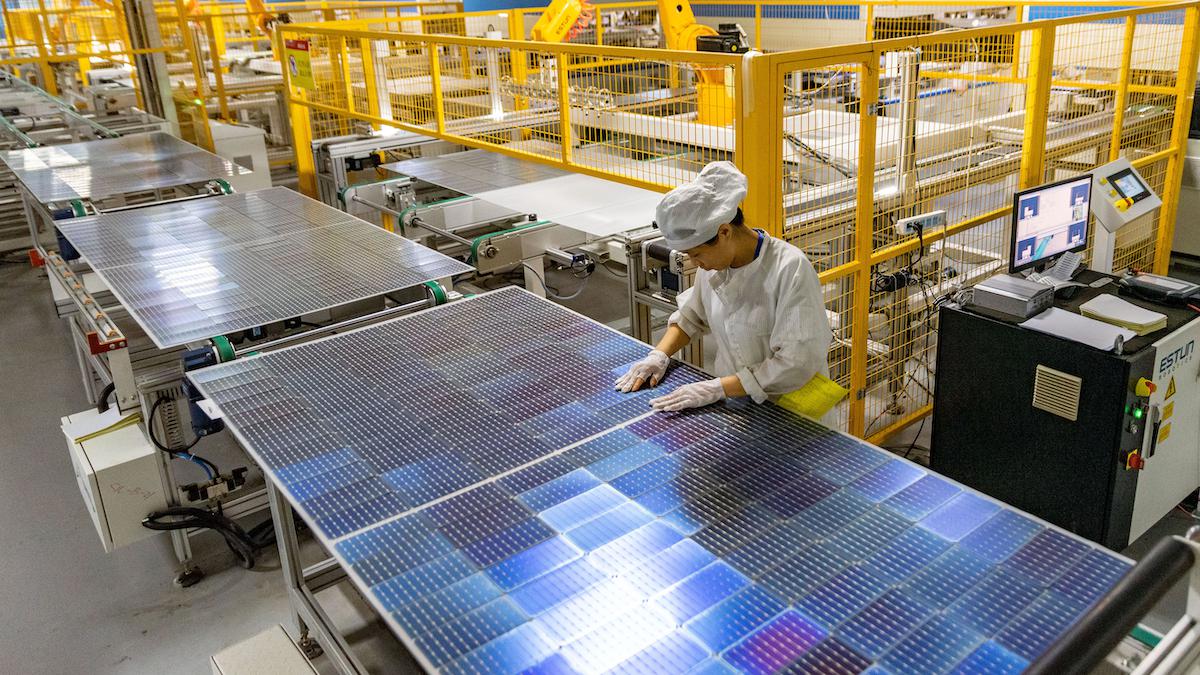 U.S. officials are blocking the import of solar panels from China they believe may have been produced using forced labor. Experts warn the move may slow President Biden’s push for more renewable energy projects.

Industry executives and analysts said solar panels from at least three Chinese companies have been targeted in recent weeks and several product detentions were confirmed by Customs and Border Patrol (CBP), The Washington Post reported.

According to CNN, China’s Xinjiang region has evolved over the last two decades into a major production hub for solar panel parts supplying the rest of the world. Unfortunately, the report In Broad Daylight: Uyghur Forced Labour and Global Solar Supply Chains published in May of this year by Sheffield Hallam University suggested that much of the work to put together those parts might rely on forced labor. The companies have been exploiting the region’s Uyghur population and other ethnic and religious minorities to produce goods for the global supply chain of solar panels, the report said.

In June, CBP banned imports of silica-based products made by Hoshine Silicon Industry Company as well as goods made using those products. The company is the world’s largest producer of metallurgical-grade silicon, a key raw material used in solar panels, the news report said. At the time, The Washington Post reported that the ban could have “widespread impact” on the entire solar energy industry, which is dominated by Chinese suppliers who source materials from Hoshine.

“Almost the complete solar industry is affected by Hoshine,” Johannes Bernreuter, a research analyst with expertise in the solar supply chain, told The Post.

When it announced the protective measure, CBP said it had information “reasonably indicating” that Hoshine’s plants in China’s Xinjiang region use forced labor, The New York Times reported. This finding triggered a ban under a U.S. law prohibiting the import of goods made by coerced workers.

CBP officials estimated that the United States has imported at least $150 million in products made with Hoshine materials over the last 2½ years, as well as more than $6 million of direct imports from the company.

Solar is currently the fastest-growing source of new electricity generation in the United States. The Biden administration hopes to boost the alternative energy from 3% of electricity generation to more than 40% by 2035. The administration has also set a goal of 100% of the U.S. electricity to come from carbon-free sources by 2035, The Times reported. This can include alternative energy sources such as solar, wind or nuclear. Prior to this ban, Biden had hoped to meet this lofty goal by more than doubling the annual pace of solar installations nationwide and cutting the price of solar panels by more than half, the news report said.

Chinese companies currently dominate the global production of solar panels, so cutting off that supply could make it harder and/or more costly to grow the solar industry domestically. Some industry leaders have voiced concern that further implementation of the ban could slow the construction of new solar-energy projects throughout the country.

The ban also “brings to the fore the tension between the [Biden] administration’s human rights agenda and its efforts to address the climate crisis,” The Washington Post reported.

Homeland Security Secretary Alejandro Mayorkas, who oversees CBP, has said the administration remains committed to renewable energy but that it will not tolerate human rights abuses. He said, “Our environmental goals will not be achieved on the backs of human beings in a forced-labor environment,” The Times reported.

Mark Widmar, chief executive of First Solar, told The Post that CBP enforcement actions have “had a real significant disruption to a lot of planned projects and their ability to complete them this year. It’s going to be very challenging, very difficult.” First Solar is a U.S.-based panel manufacturer that doesn’t use Chinese materials.

When addressing the ban’s impacts, Mayorkas concluded, “But, and this is very important, we’re going to root out forced labor wherever it exists, and we’ll look for alternative products to achieve the environmental impacts that are a critical goal of this administration.”