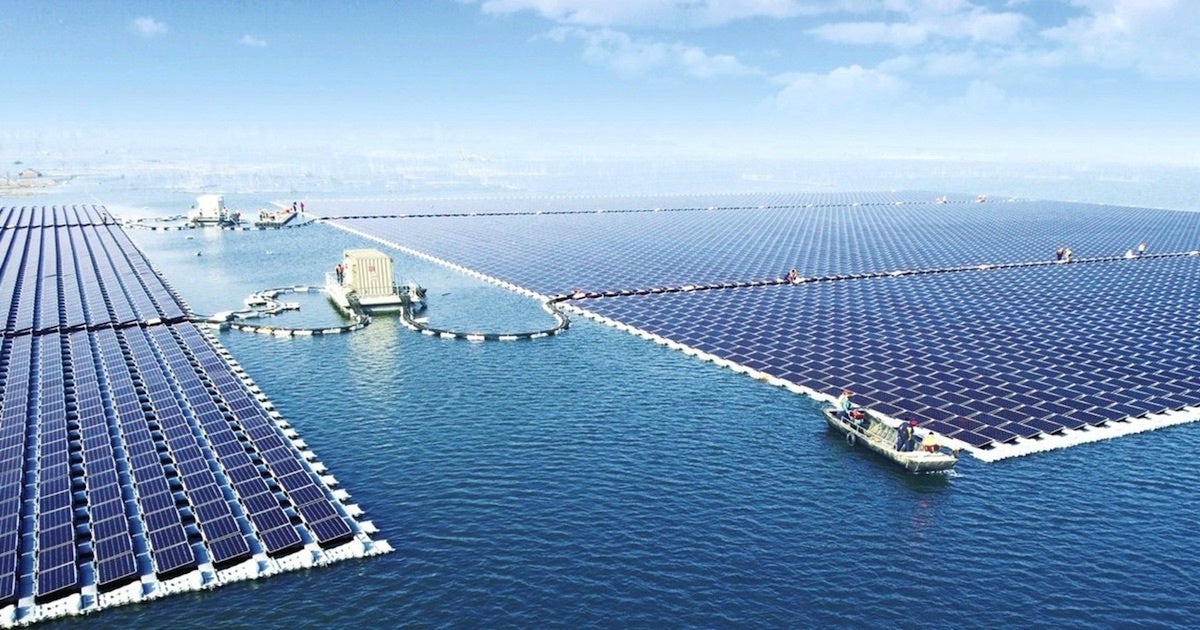 An old
coal mine is being reborn as an enormous renewable energy plant.

The state-run energy company China Three Gorges New Energy Co. is building a 150-megawatt floating solar farm that sits on top of a lake that formed from a collapsed coal mine in the eastern Chinese city of Huainan, Bloomberg reported.

Construction of the $151 million facility started in July and is already partially connected to the grid. The whole plant is expected to switch on by May 2018, and can power about 94,000 homes at full capacity.

The project takes the “world’s largest” title from China’s
other floating solar farm in the same city of Huainan—the 40-megawatt farm by Sungrow Power Supply Co. that also sits on top of a former coal mine.

These projects have a number of benefits. First, it repurposes an out-of-use coal mine. Furthermore, as the World Economic Forum noted, floating solar panels are more effective because water cools them down. Finally, it’s helping China move away from coal, the most polluting fossil fuel.

China, the largest producer and consumer of coal, has significantly ramped up its investment in renewable energy. The Asian country has more solar capacity than any other country in the world and it intends to invest at least $361 billion in renewables by 2020.