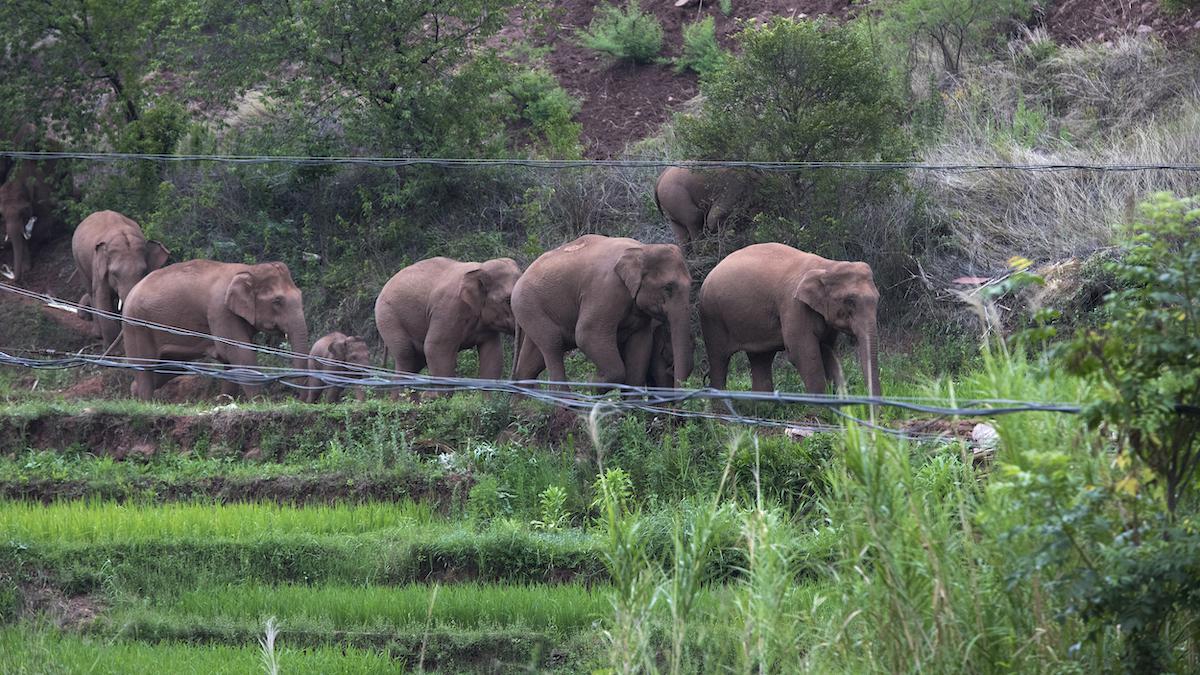 For more than a year, a herd of elephants has been on a mysterious journey through southern China.

Now, after what is likely the longest-ever trip made by elephants in the country, the wanderers may finally be heading home.

The 14-strong herd was guided across the Yuanjiang river in the province of Yunnan, China Sunday night and is now in a “suitable habitat,” the National Forestry and Grassland Administration told AP News.

The elephants captured the public imagination after they left their home in the Xishuangbanna National Nature Reserve in March of last year, according to Reuters. At first, a group of 16 elephants traveled to nearby Puer. Then, in April of this year, 15 of the elephants set out again and traveled more than 1,300 kilometers (approximately 808 miles) to the cities of Yuxi and Honghe, reaching the outskirts of Yuan’s capital of Kunming in June.

Along the way, the animals found food in farms and even a retirement home, according to The AP. They welcomed a new member in a newborn calf, according to The Guardian, and lost one male that was separated from the rest of the travelers, tranquilized and returned to the reserve on his own, The AP reported. But no humans or animals were injured over the course of the journey.

The elephants were finally guided towards home by an emergency committee that used electric fencing, bait and artificial roads to prompt them in the right direction, according to Reuters. To make this happen, more than 25,000 police and 1,500 emergency vehicles were deployed to provide food, monitor the elephants and protect humans in their path. In total, more than 150,000 people were evacuated and more than $771,000 in insurance was paid out to cover damages. The elephants are still about 125 miles from the reserve, according to The AP. But committee member Yang Yingyong told Reuters they were on their way.

“[We will] “strive to allow the elephants to return to their habitat as soon as possible and thrive,” he said.

It still isn’t clear why the elephants left their home to begin with, but conservationists say habitat fragmentation is likely to lead to more human and elephant interaction.

At the same time, Asian elephants are highly protected in China and their population has grown to around 300 in the country even as farming and urbanization cut into their habitat, The AP explained. Because these factors remain unchanged, elephants are likely to stray from the reserve again, Xishuangbanna National Nature Reserve Management Bureau expert Shen Qingzhong told Reuters.

“The migration and spread of the Asian elephant population is inevitable,” he said.