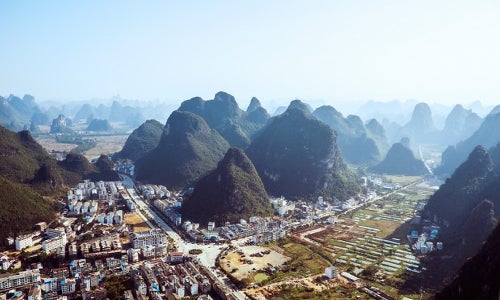 Between its massive population and booming economic growth, it’s no surprise that China is experiencing a shortage of land. What is surprising, however, is how China is handling the situation. The country is opting to literally decimate mountains in order to clear more space. Mountains—particularly those adjacent to urban areas—are being leveled to enable construction on the newly flattened terrain. 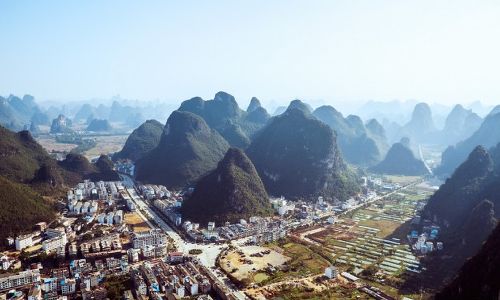 To accommodate its explosive population, China has taken to bulldozing mountains that surround some cities. Photo credit: Flickr/ ILYA

Obviously, obliterating mountains is not an easy, cheap or quick undertaking. Nonetheless, that hasn’t stopped the Chinese people from rushing to take down the mountains. There’s a reason that “moving mountains” is an expression that connotes a near-impossible feat. However, teams with no experience in mountaintop removal have helmed these projects, thereby practically ensuring that major mistakes will be made.

While it seems like an ecological disaster in itself to alter the landscape by getting rid of mountains, the environmental consequences go well beyond aesthetic changes. The destruction of mountains has already caused dangerous and unanticipated landslides and flooding. Once reliable water sources have been both polluted and diverted due to the change in landscape, too. Plus, as if the sky in China weren’t dingy and unhealthy enough from pollution, now the air is literally brown from the dust that is rustled up.

Mountain demolishing began in the city of Yan’an months before any research on the environment was conducted. Belatedly, experts discovered that the area’s mountains were comprised of “thick, million-year-old deposits of windblown silt.” As a result, this surface is unsound for constructing buildings upon; whether people will choose to build on this unsafe ground anyway is not as clear-cut, sadly.

Thus far, the government has faced criticism for prioritizing immediate economic development over enforcing environmental regulations. In the meantime, animals are threatened, habitats are lost and several creeks have disappeared altogether.

It is also reasonable to expect that nearby residents will suffer health consequences. About 20 percent of China’s citizens live in mountainous locales. American research found that those living near mountaintop removal sites developed cancer at significantly higher rates.

While Nature, an international weekly journal of science, is fretting these projects for many of the aforementioned reasons, it is further troubled by the fact that workers aren’t even putting in minimal efforts to avoid exacerbating the problems. Laborers have been told to wet the dirt in order to minimize air pollution, but even that simple directive is often ignored.

Unfortunately, because this sort of mountain removal is unprecedented, experts can only guess at the kind of long-term repercussions the Chinese environment will experience. Given all of the immediate consequences the local human and wildlife populations have already suffered, however, it’s difficult to imagine that this plan is the right way to go about creating more space for buildings.