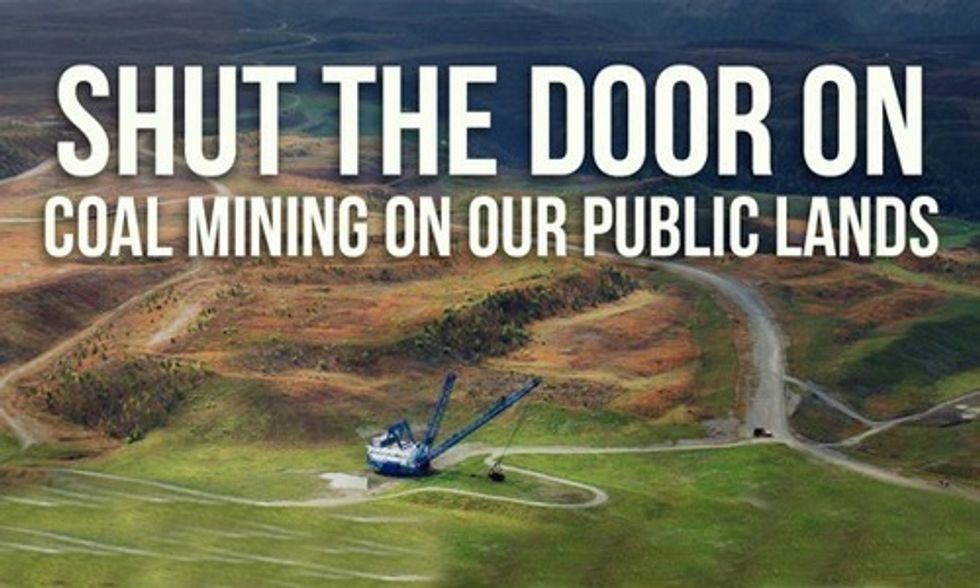 Starting this year, the country will suspend all new permit applications for coal mines for the next three years. In addition, officials also announced that they plan to close approximately 1,000 coal mines throughout the country, taking away more than 60 million metric tons of excess coal supply—unneeded as China moves to decrease its reliance on coal.

While the Obama administration has taken important steps to burn less coal as a key step to reduce pollution and address climate change, there has not yet been any meaningful effort to stop approving coal mine expansions. Coal mine expansions are rubber-stamped even when mining companies are aiming to export our coal abroad.

Why is the Obama administration’s Interior Department continuing to approve more mining for coal we don’t need and can’t afford to burn?

China and the U.S. are the two largest coal producing nations. Both countries made promises in the lead up to last month’s Paris talks to address the serious threat of climate change by taking measures in their own countries to cut emissions and move toward a clean energy future. It is clear that China is taking an important step to follow through on that promise by stopping new coal mines and the expansion of coal production. The U.S. should do the same.

President Obama should use his last year in office to effectively put measures in place that keep fossil fuels in the ground. Joining China in banning new coal mine permits could be a step on the long road toward a climate-safe future.