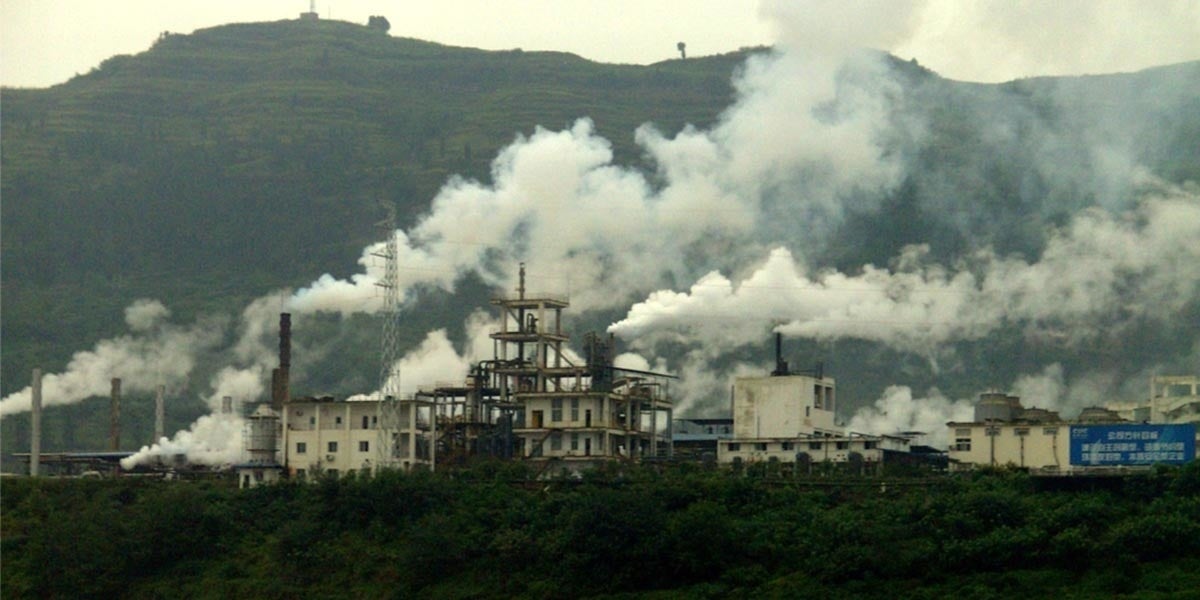 The number of pollution sources in China has gone up by more than 50 percent since 2010, Reuters reported Thursday, indicating that the country still has a lot of work to do in its efforts to clean up its environment.

The announcement was made Thursday in the first regular press briefing given by the Ministry of Ecology and Environment (MEE), the newly-enhanced environment ministry which was renamed and given added jurisdiction over marine ecology, agricultural pollution and climate change this month as part of what Chemical & Engineering News reported was the biggest shake-up in the Chinese government in 20 years.

The announcement concerns preliminary data in an “environmental census” begun last year to pinpoint pollution sources in the country that is the world’s biggest emitter of carbon dioxide, according to the most recent International Energy Agency data provided by the Union of Concerned Scientists.

According to early estimates, China now has 9 million pollution sources—7.4 million from industrial sources, 1 million in rural areas and half a million in cities.

The survey will be complete by 2019 and marks the second such survey undertaken by the Chinese government. The first, conducted from 2007 to 2009, uncovered 5.9 million pollution sources.

The fact of the survey itself is a sign that the Chinese government continues to take seriously the task of mitigating soil, water and air pollution.

“The goal for the census is to do thorough data collection so that it can reflect the extent of the pollution,” the MEE’s pollution survey office chief Hong Yaxiong told the press.

An analysis published this month by the Energy Policy Institute at the University of Chicago (EPIC) found that it is winning in many respects. Chinese cities on average have seen a 32 percent decrease in particulate matter since 2014. If these reductions are sustained, Beijing dwellers could see their life expectancy increased by 3.3 years, the study found. However, air pollution levels still exceed World Health Organization standards.

“China has taken aggressive, and in some cases extraordinary, measures to reduce its pollution in a relatively short time span—from prohibiting new coal-fired power plants in the most polluted regions to physically removing the coal boilers used for winter heating from many homes and businesses,” EPI Director Michael Greenstone, who conducted the analysis, said.

While the initial results of this most recent survey show the Chinese government has more measures to take when it comes to fighting pollution, it also gives it the tools to keep up the fight.