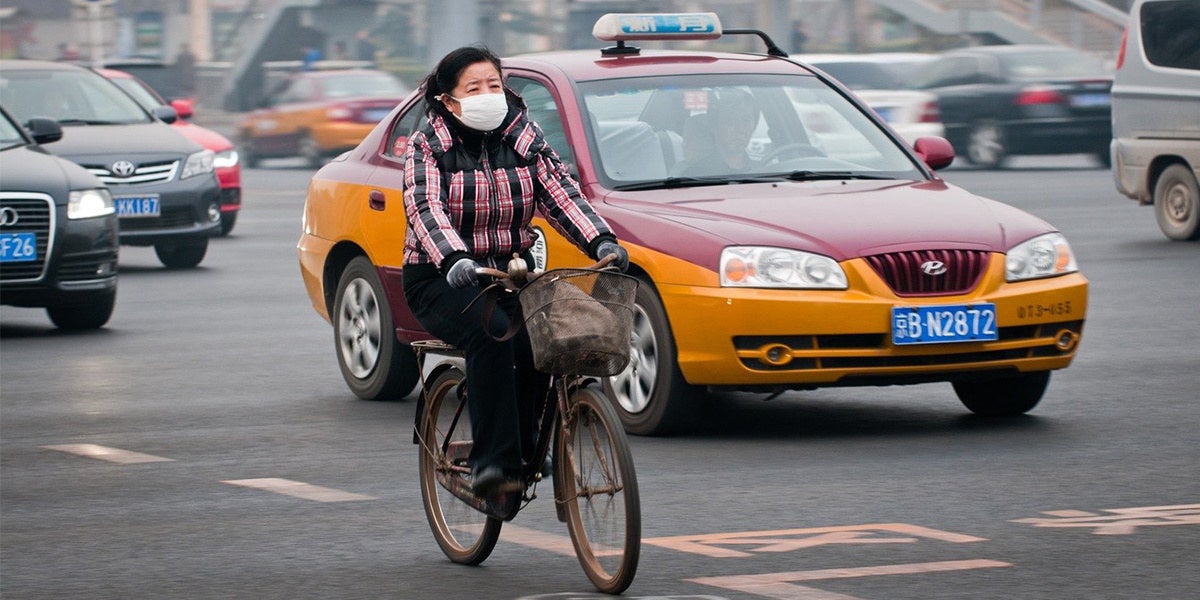 China will suspend production of hundreds of car models in an effort to curb air pollution, the official state news agency announced this week.

The suspension, effective Jan. 1, covers 553 models that do not meet the country’s fuel economy standards, including cars from major domestic manufacturers like Chery Automobile Co., Ltd. and joint international models from FAW-Volkswagen and Beijing Benz Automotive.

While the government estimates the suspension will affect only 1 percent of vehicle production, the move is the latest effort from China to crack down on air pollution, promote electric vehicles and phase out fossil fuel cars.

As reported by Engadget:

“The production freeze stands in sharp contrast to the U.S. The recently passed Republican tax plan doesn’t include a measure that would have taken away the EV tax credit, but the incentives to move to eco-friendly cars are far from guaranteed to survive when the current administration is determined to protect fossil fuels at all costs. China, meanwhile, is aggressively pursuing greener cars because it has little choice. Air pollution is a serious threat in China, and anything it can do to reduce fossil fuel use can have a tangible impact on the health of its residents.”