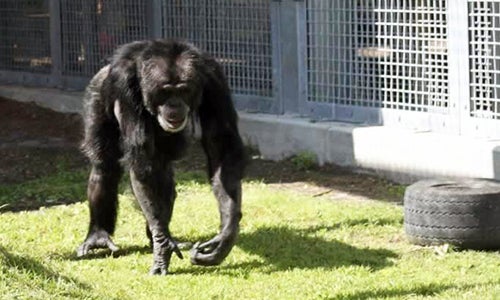 It’s a whole new world for Joe, a chimpanzee who has been held in captivity since the day he was born. He was recently moved from a sleazy roadside zoo to a lush sanctuary in Florida called Save the Chimps, where he can climb, play and make friends.

It’s believed that Joe was born in 1989, raised by humans and, while a juvenile, used in the entertainment industry. The Mobile Zoo, a roadside zoo in Alabama, acquired him in 1999 from animal trainer Steve Martin’s Working Wildlife. Even though chimpanzees are highly social animals who thrive in extended family groups, documentation shows that Joe had always lived alone at The Mobile Zoo, except when he was introduced to a couple of other chimpanzees for a brief time. 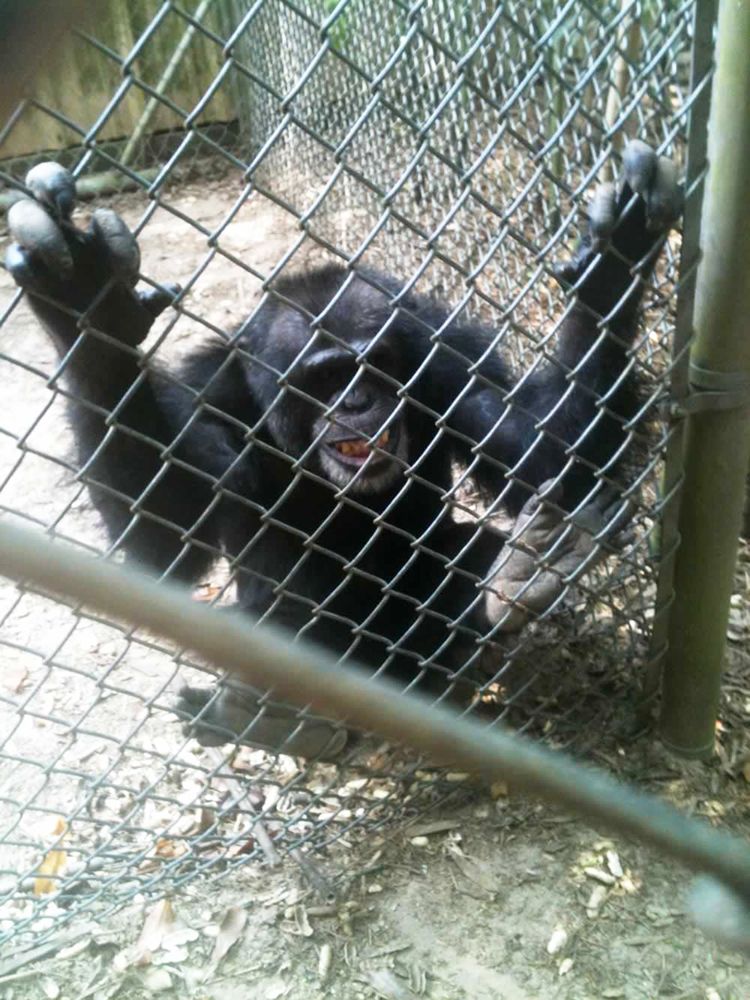 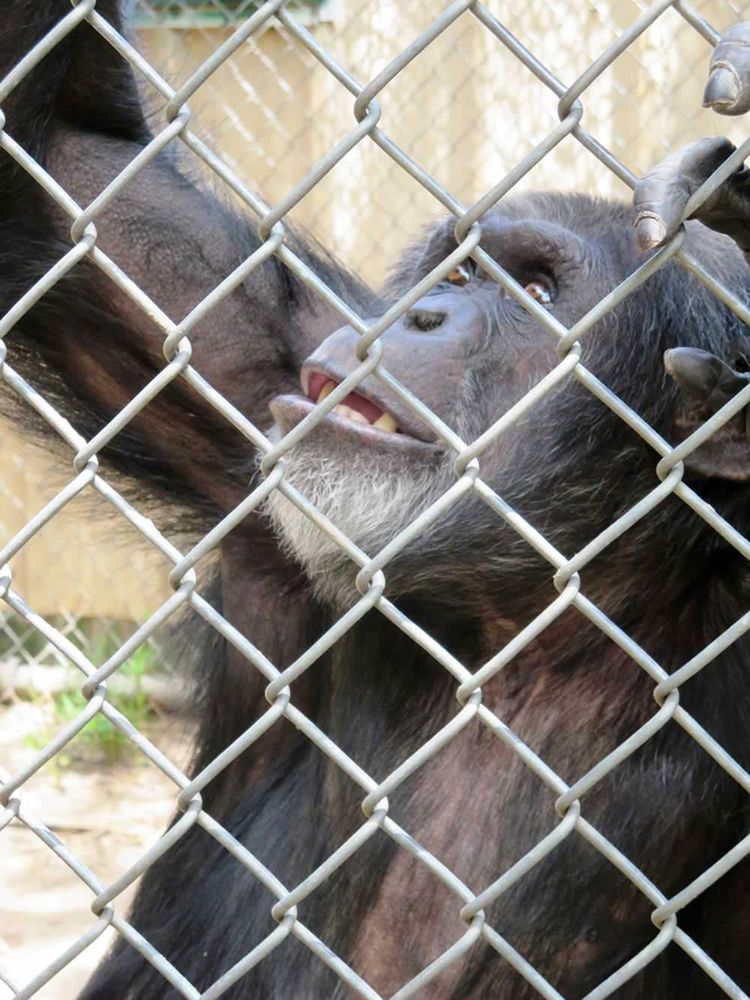 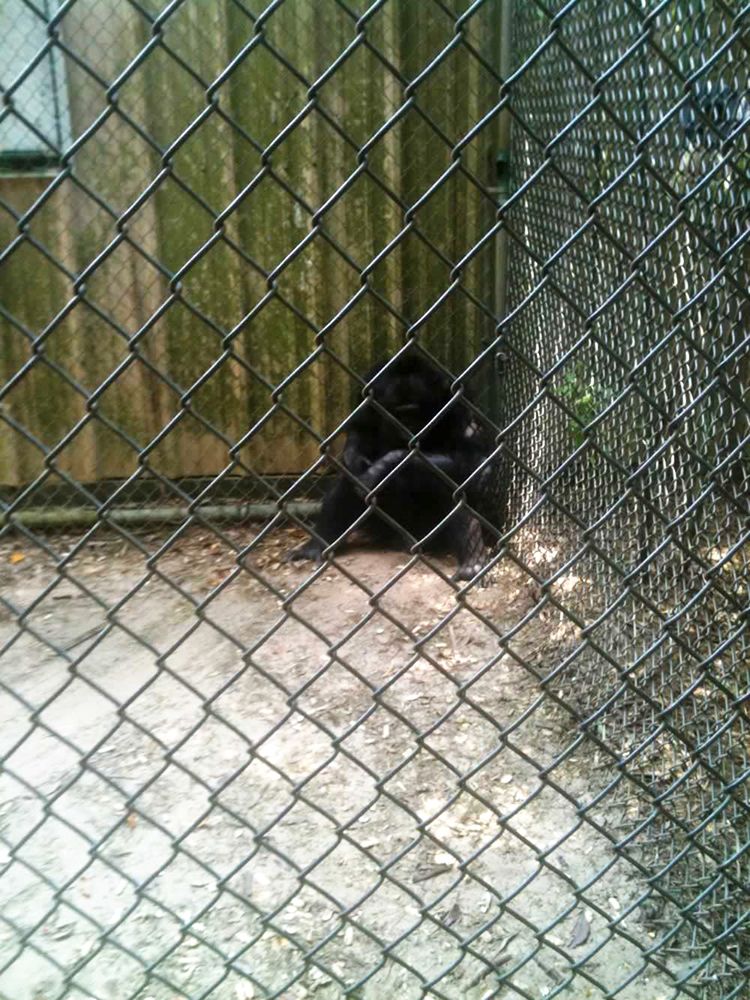 For nearly two decades, Joe’s entire world consisted of a horse stall and a barren enclosure no larger than a dog run, with only a few hoses and toddler toys for “entertainment.” He lived—if you can call it that—on a packed-dirt floor behind double layers of chain-link fence. The Mobile Zoo encouraged visitors to throw peanuts at him. 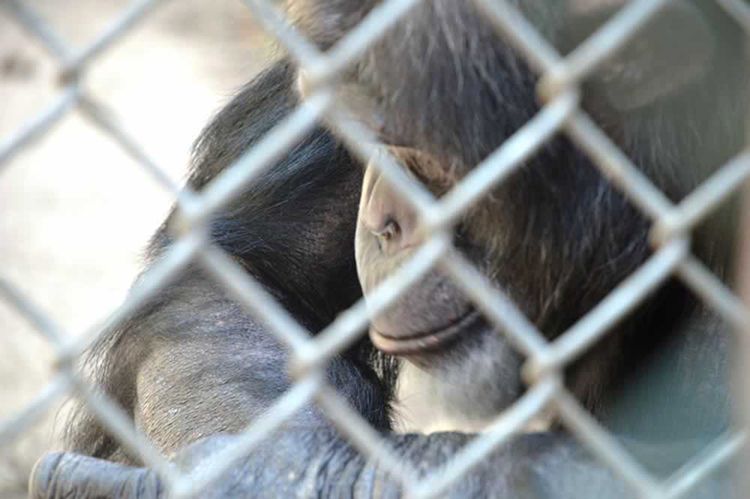 Indeed, the standard of care at The Mobile Zoo is so poor that the U.S. Department of Agriculture filed an official complaint against the facility in 2015, a case that is still pending.

In 2015, the U.S. Fish and Wildlife Service announced that it was eliminating a loophole that excluded captive chimpanzees from the protections of the Endangered Species Act (ESA). Since the new rule went into effect, all chimpanzees—whether held captive or living in the wild—are now considered endangered. The ESA prohibits “takes” of endangered animals and makes it unlawful to wound, harass or otherwise harm them.

PETA and two concerned citizens filed an ESA lawsuit against The Mobile Zoo and its director, John Hightower, in January. Our lawsuit alleged that the roadside zoo violated the ESA by isolating Joe from other members of his species and denying him the complex environment that he needed. 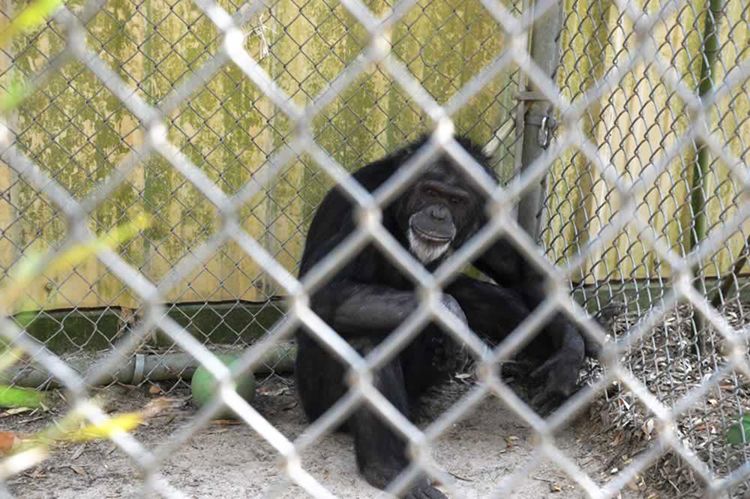 We secured placement for him at a reputable sanctuary and were ready to arrange for his transport and the veterinary care necessary for his relocation.